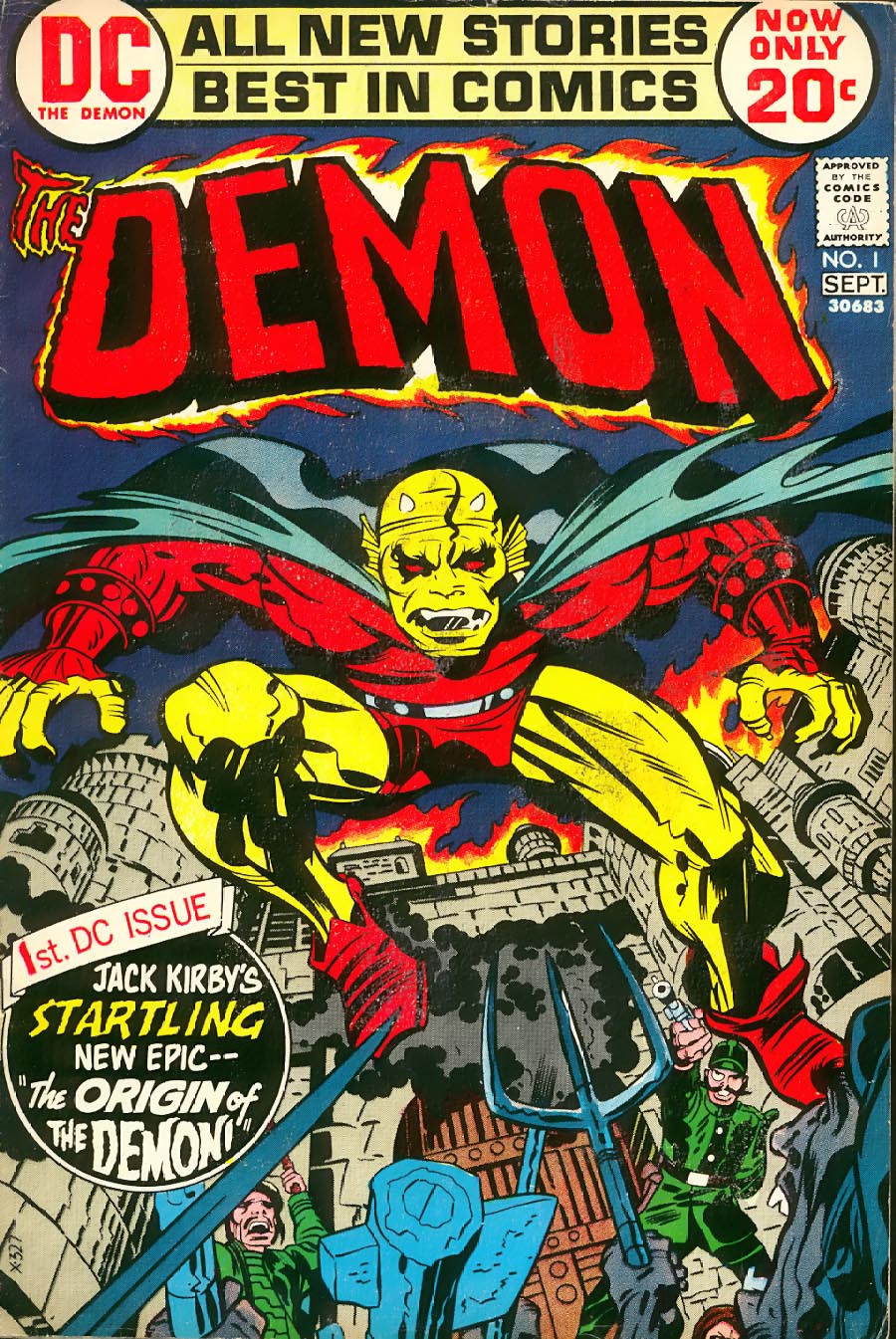 Vol 1: Aug/Sep 1972 – January 1974
Hundreds of years ago Morgaine le Fey attacked Camelot in an attempt to get her hands on the Eternity Book which she intended to use to prolong her life.In an act of desperation Merlin summons The Demon Etrigan.The plan fails but as Camelot falls Merlin gives Etrigan a page of the Eternity Book so that he will be able to summon him in the future.
Vol 2: January 1987 – April 1987
Glenda Mark followed Jason Blood to TinTagel Castle in Cornwall to show him a book she had taken from his apartment. In it was a picture of Belial which bore a striking similarity between him and Etrigan The Demon. However, Jason was prevented by magic from seeing the pages which appear blank to him. Believing it was the only way to get answers, Glenda persuaded him to summon Etrigan. Safely imprisoned within a magic circle, Jason allowed The Demon out so Glenda can question him. He was also blind to the pages in the book and after toying with Glenda for a while revealed that if they wanted answers that they should go to Daganbrack Tower in Ireland. Jason was reluctant to go but was persuaded by Glenda that it was the only way to help him be rid of The Demon. When they arrived at Daganbrack, a secret entrance was revealed to them which lead to tunnels beneath the tower. They soon found the Book of Belial which they believed could help them, but were suddenly attacked by the demon Clutcher. Fearing Glenda was about to be killed Jason changed places with Etrigan so that he could fight him.
Vol 3: July 1990 – May 1995
Etrigan is back…and this time he’s got a plan. THE DEMON returns in an all-new series along with his mortal host, Jason Blood, as well as many of the supporting characters from the original series created by Jack Kirby. While Blood sleeps, the Demon Etrigan wanders through the depths of Hell, raising an army of the dead to assist him in overthrowing the three lords of the Underworld. And once he does, Etrigan plans to rule…and take vengeance on everybody who ever opposed him. THE DEMON is part horror, part power politics of Hell, part black comedy…and all chilling action.