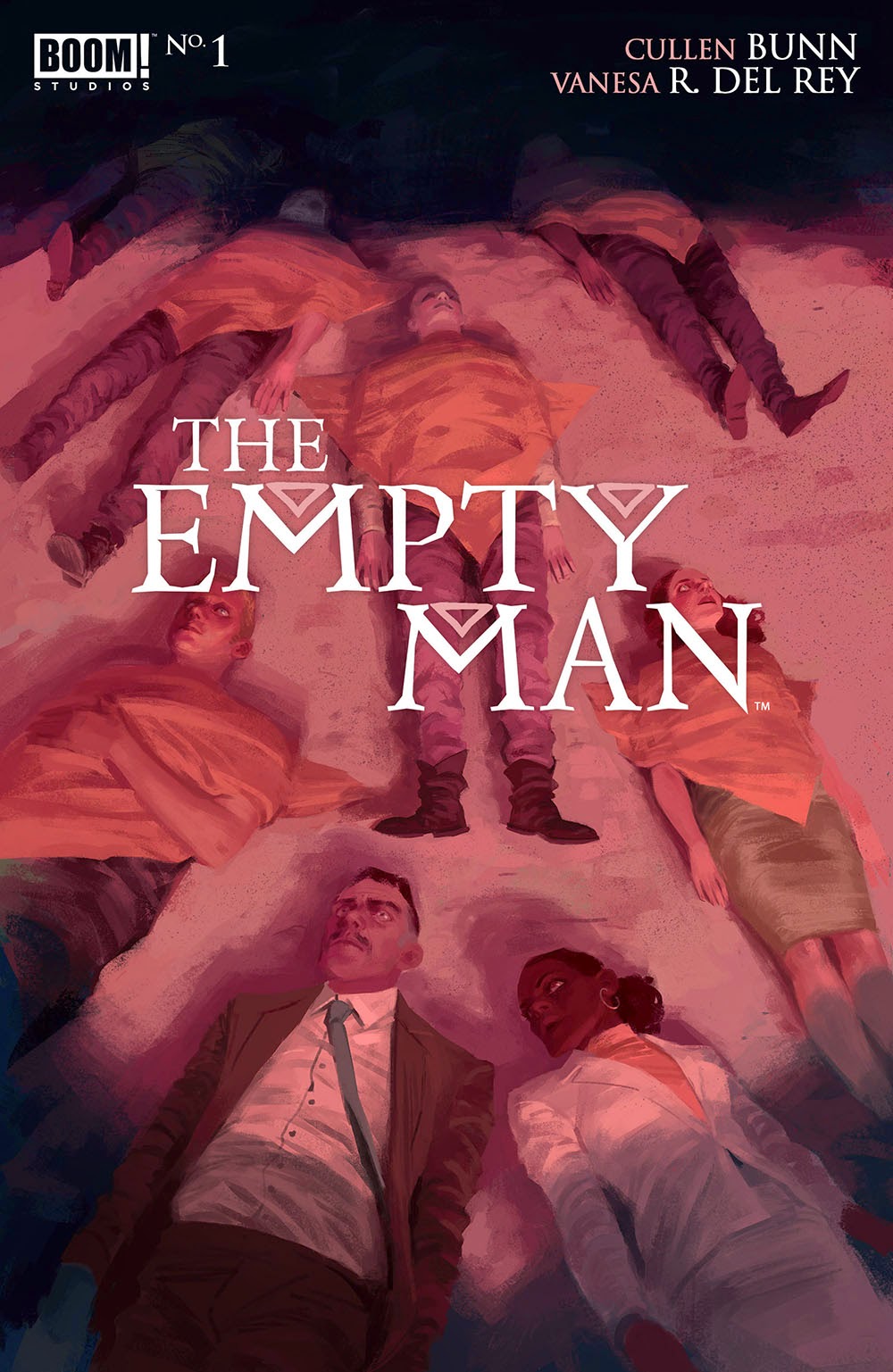 Vol 1: June 2014 – December 2014
WHY BOOM! LOVES IT: There’s nothing scarier than horror that hits home—a tale of terror only one or two steps removed from our reality. THE EMPTY MAN is a dystopic version of the world we know, where a terrifying disease has taken on almost deific connotations.
WHY YOU’LL LOVE IT: Cullen Bunn (THE SIXTH GUN, VENOM) and Vanesa R. Del Rey (HIT) are two of the most exciting talents in the industry, and perfectly in sync on this haunting new crime procedural.
WHAT IT’S ABOUT: It’s been one year since the first reported case of the Empty Man disease, and no drug has been able to slow its progress. The cause is unknown, and the symptoms include fits of rage, hideous hallucinations, suicidal dementia, followed by death, or a near lifeless, “”empty”” state of catatonia. As murder cults rise nationwide, the FBI and CDC enter a joint investigation of the Empty Man, hoping to piece together clues to stop the cult and uncover a cure.
Vol 2: November 7 2018
Horror sensation Cullen Bunn (Harrow County, Bone Parish) returns to the world of Empty Man with artist Jesús Hervás (Lucas Stand, Clive Barker’s Hellraiser) in this new ongoing series. The nation is in the grip of a terrible pandemic. The so-called Empty Man disease causes insanity and violence. Government quarantines are mandatory. One of the afflicted is Melissa Kerry, and the next step should be to quarantine her—but those who enter quarantine are never seen again. Melissa’s family won’t let that happen. All they have to do is care for her, keep her worsening condition a secret—and they’ll do anything, trust anyone, to keep her safe.