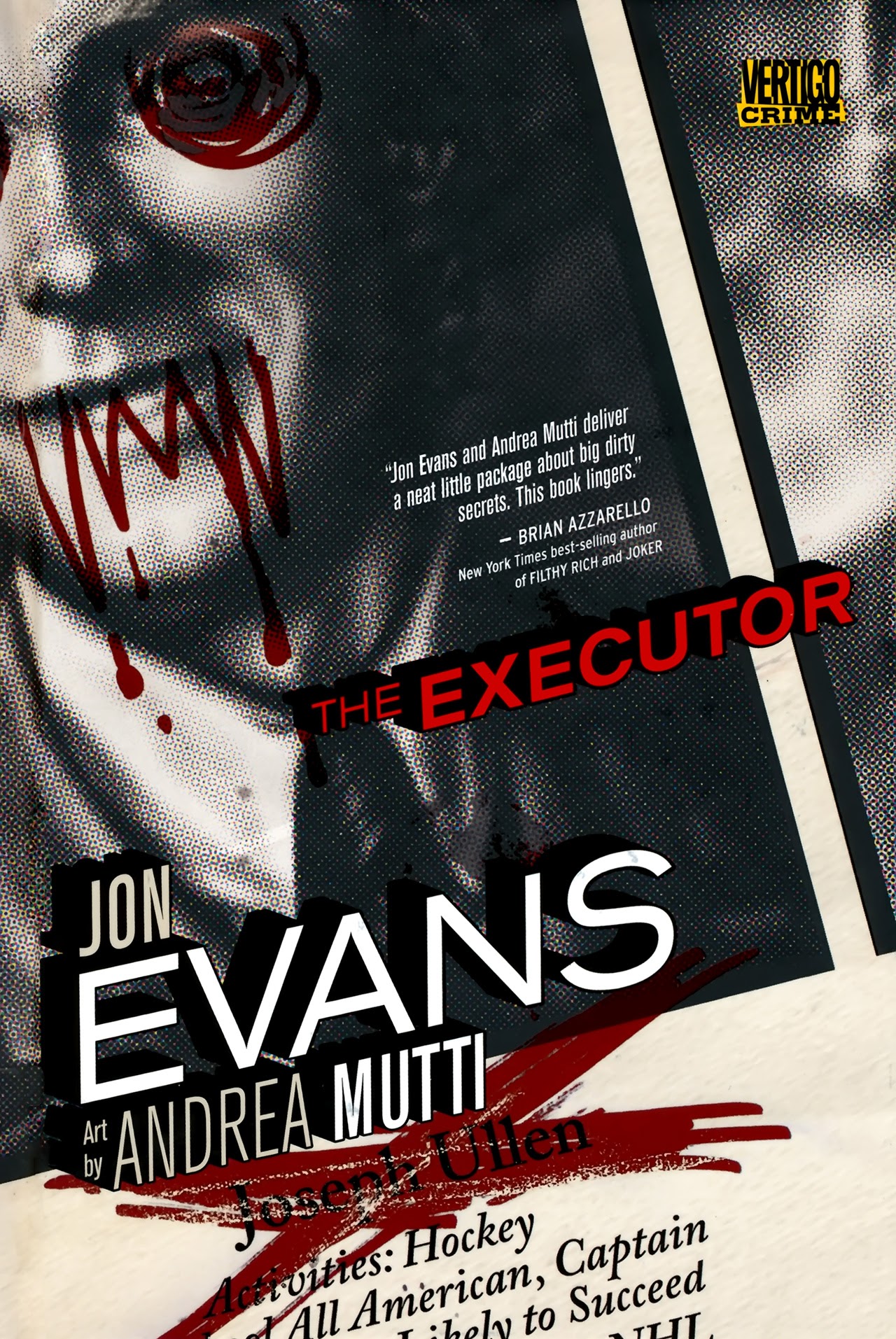 Vol 1: May 2010
New from Vertigo Crime, THE EXECUTOR is the story of Joseph Ullen, a retired pro athlete, who returns to his hometown in upstate New York when he’s named executor of his high-school sweetheart’s will. In a search to find out what really happened to Miriam following her mysterious death, Joseph is confronted with his own haunted past and the possibility that the two are connected.
———-
As a star enforcerer in the NHL, Joe Ullen was the biggest thing ever to come out of the backwater town of Elohra, New York.
But, when he is unexpectedly named the executor of his high school sweetheart’s will, he decides to return to his hometown and see what’s changed. What he finds is that his ex-girlfriend’s death may not have been an accident and that a dark secret from his past has come back to haunt him in a big way.
Will Joe’s desire to uncover the truth of her death force him to reveal his own buried secrets? Or will he simply become a brutal killer’s next victim…