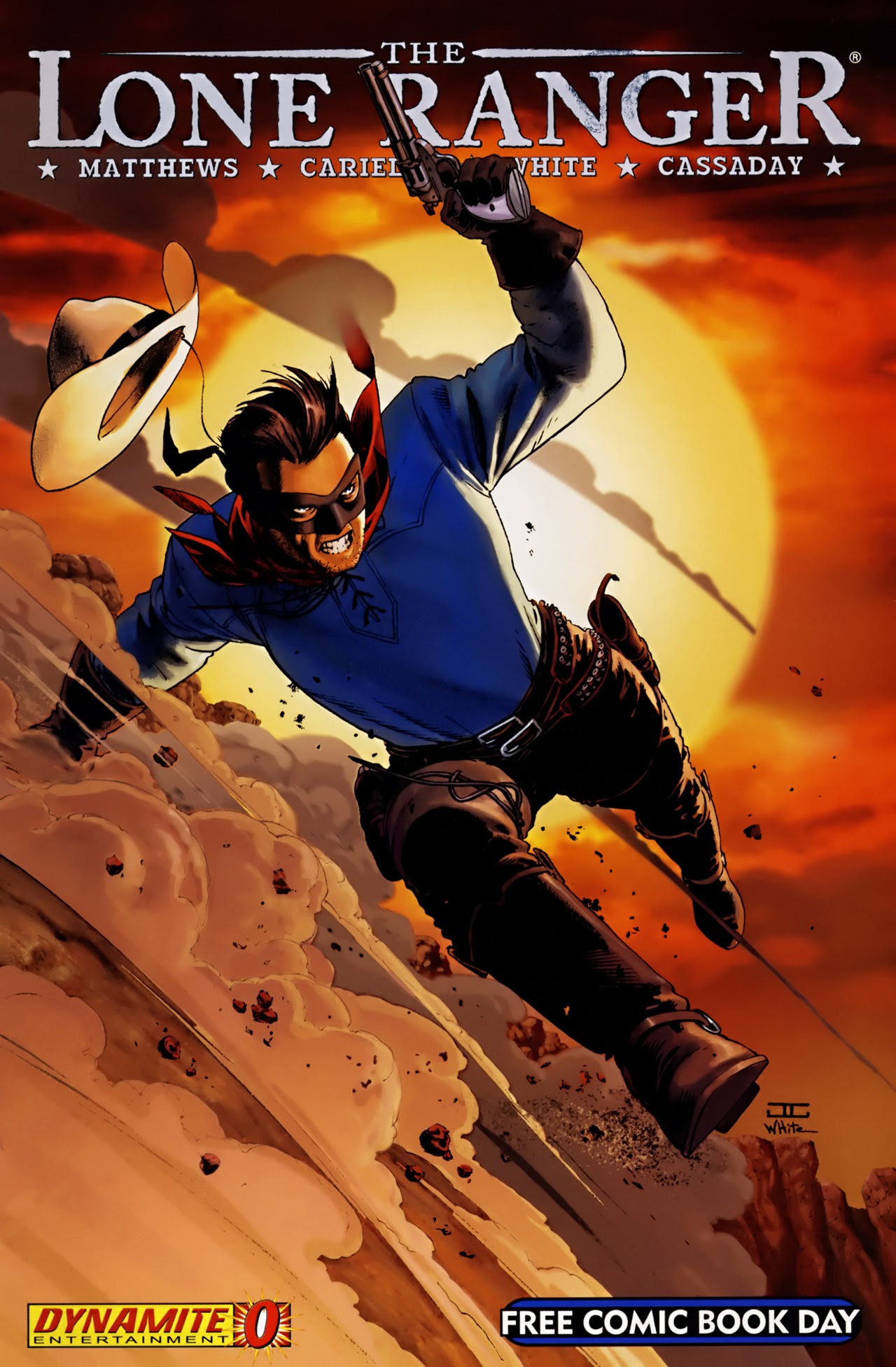 Vol 1: September 2006 – May 2011
On September 15, 2006, Dynamite Entertainment announced that The Lone Ranger #1 had sold out of its first printing. A second printing of the first issue was announced; a first for the company.[49] The series has received an Eisner Awards nomination for best new series in 2007.
Vol 2: January 2012 – June 2014
It’s been two months since Lone Ranger and Tonto hit the trails of the old west, looking for injustice. They’ve found plenty. Now, they come across settlers who have been victimized in a way that stirs memories in John Reid. Loss, vengeance, and redemption as pioneer idealism meets the reality of hard life on the prairie. A stand-alone tale that ties into an epic six part story that will test the mettle of the west’s most legendary heroes.
Vol 3: October 3 2018
A sparking new adventure from multiple Eisner Award nominee MARK RUSSELL (The Flintstones) and BOB Q (The Green Hornet ’66 Meets The Spirit)! 1883. The advent of barbed wire is creating havoc in the Texas panhandle. A corrupted state senator conspires with dirty ranchers to make land unnavigable for open rangers and native tribes, passing new laws allowing cattlemen to kill anyone caught cutting the wire. Good people are getting hurt, and The Lone Ranger must act. But to truly stop this rampant villainy, he’ll need to go all the way to the top, and rely on an old friend for help…