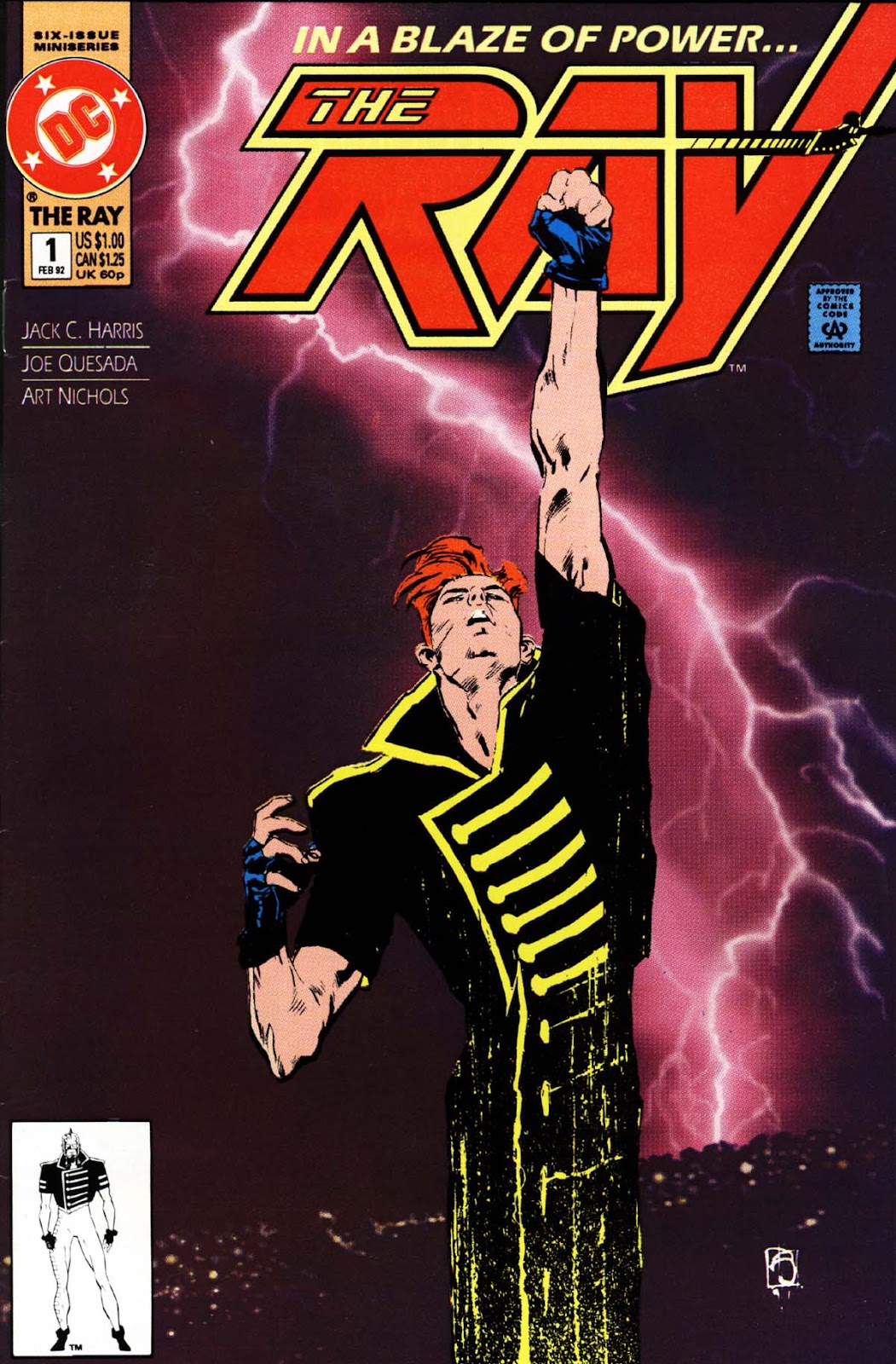 Vol 1: February 1992 – July 1992
This issue has a lot of questions and few answers. Ray Terrill bumps into his cousin Hank Terrill at his father’s funeral. Ray had only just discovered that his father was the superhero known as the Ray and for some reason Hank knows it too and convinces him to see if he has his father’s power.
Ray grew up in literal darkness unable to control his power. Ray has no idea why this is because he was told he had an allergy to light. He also pines for Jenny Jurden a girl he grew up with. She was the love of his life having not met any other girls. She is also very sweet and wasn’t scared of Ray and treated him kindly. Now that Ray has control of his powers he goes and sees her but there are others who are watching him including it seems his father whom Ray believes is dead.
Vol 2: May 1994 – October 1996
In this virtuoso graphic novel, Harvey Pekar — whose American Book Award-winning seriesAmerican Splendor was the basis for the celebrated film of the same name — tells the story of his troubled teen years for the first time, when he would beat up any kid who looked at him wrong just to win the praise of his peers. And when he failed to impress, whether on the football team, in math class, in the Navy or on the job, he simply gave up. A true tour-de-force, THE QUITTER is the universal tale of a young man’s search for himself through the frustrations, redemptions and complexities of ordinary life.A ZERO HOUR tie-in! The Ray has never known the full truth of his metahuman inheritance–until now! His father, the Golden Age Ray, reveals those startling, long-hidden secrets and the young Ray may not be able to live with what he learns.
A Zero Month crossover issue. The golden age Ray, Happy Terrill, is searching for his missing son, the current Ray. Happy tries Ray’s JLA teammate Martian Manhunter, then Ray’s girlfriend Jenny Jurden and his cousin Hank, but can’t find him. Meanwhile, Ray has found his mother, a woman he thought was dead. Ray takes a trip back through his childhood, remembering when his father lied to him about her death and when he lied to Ray throughout his childhood. Happy finally finds Ray, and Ray confronts him about all the lies. Happy and Ray’s fight is interrupted by Ray’s mother Nadine. However, Happy lies to Nadine, saying that Ray is “Tony the Pizza Guy.” Ray storms off, leaving Happy alone outside Nadine’s house.
Vol 3: February 2012 – May 2012
Get ready for a brand new Ray! Lucien Gates’s life is changed forever when he is struck by a mysterious beam of energy that turns him into a glowing gladiator – and being a human ray of light comes in handy when his city is suddenly under attack from giant, building-sized monsters. Unfortunately, light powers are less than handy in keeping his girlfriend happy.