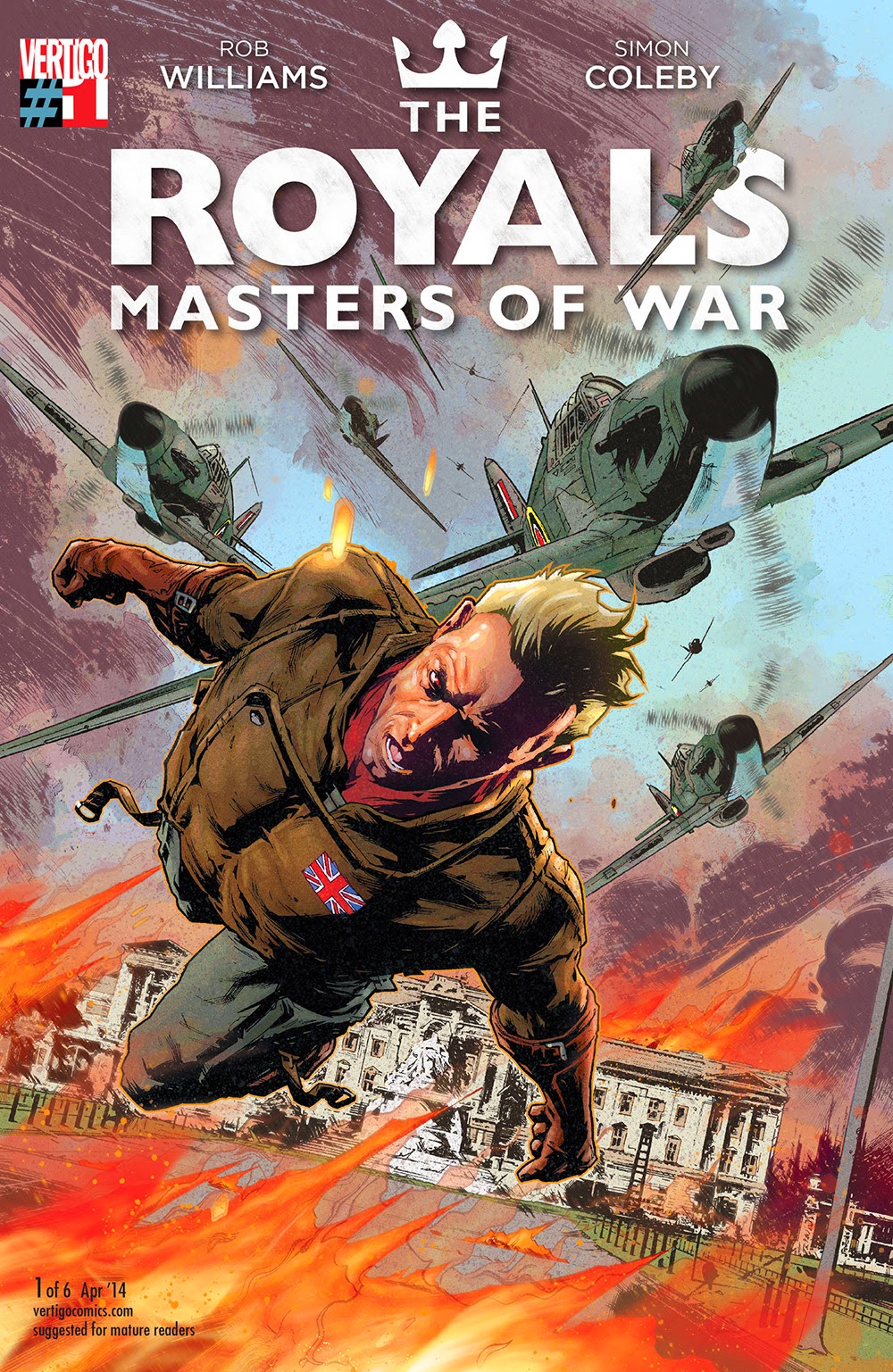 The Royals: Masters of War

Vol 1: April 2014 – September 2014
The year is 1940. As the Blitz destroys London and kills thousands, the Royal Family looks on. But in this world, the only people with special abilities are Royalty, and the purer the bloodline, the greater their abilities. So why don’t they stop the carnage with their powers? A truce between the Earth’s nobles has kept them out of our wars-until now. When England’s Prince Henry can take no more and intervenes, will it stop the planet’s suffering or take it to another level?
Writer Rob Williams (Judge Dredd: Trifecta, Low Life, ADVENTURES OF SUPERMAN and Daken) and artist Simon Coleby (The Authority, Judge Dredd: Year One and Trifecta) team up to bring you this epic of World War proportions. History will be transformed in a way you’ve never seen before.