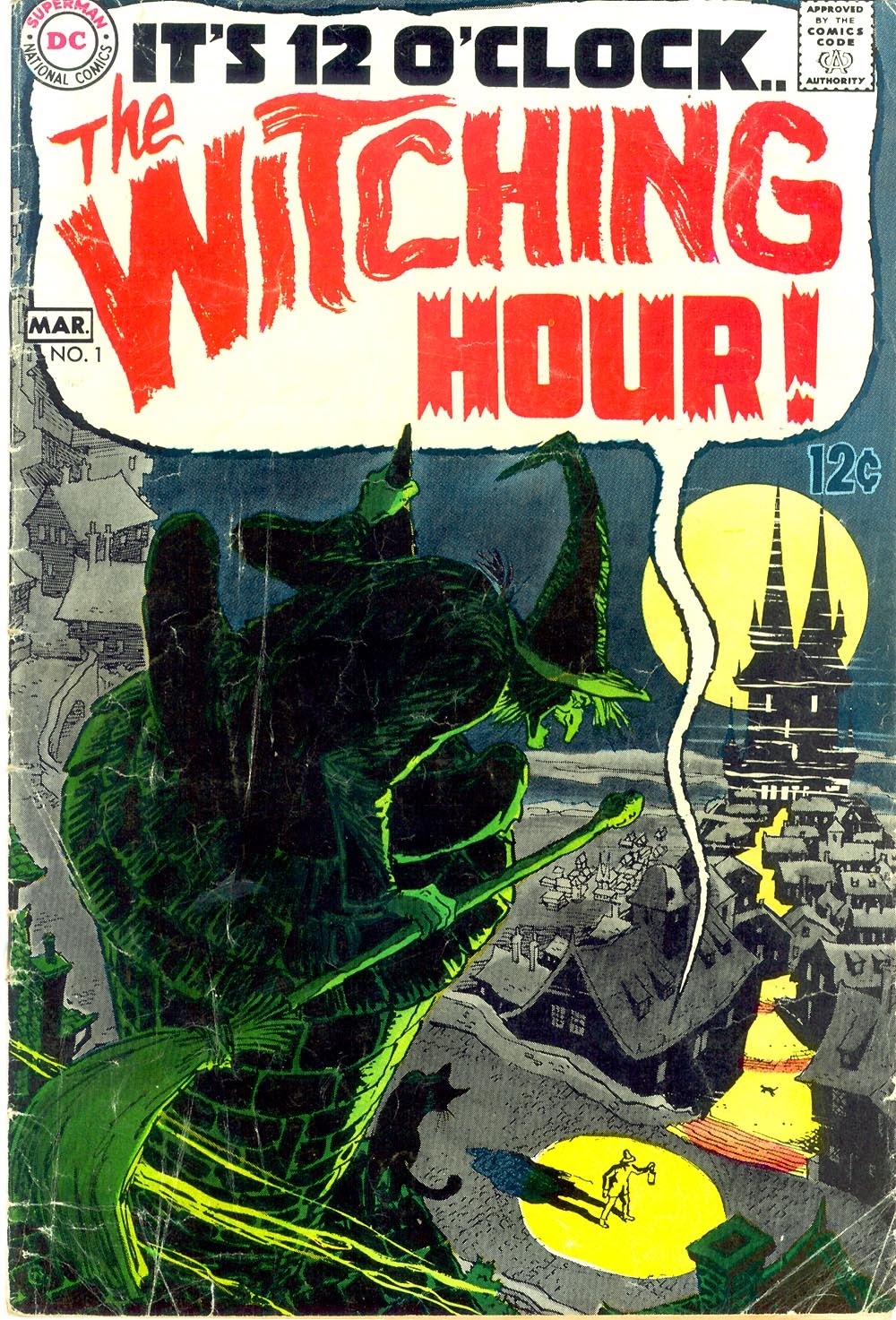 Vol 1: 1969 – 1978
During DC’s latest foray into the horror / mystery arena, editor Dick Giordano conjured up a triumverate of witches to host an anthology series produced by some of comics’ biggest names. In this first issue, writer / artist Alex Toth provided a framing sequence (with an epilogue drawn by Neal Adams) that introduced readers to the cronish Mordred, motherly Mildred and beautiful Maiden Cynthia – as well as their bumbling pet zombie, Egor. Each witch then brewed a potent blend of horror and dark humor crafted by Toth, writer Denny O’Neil and artists Pat Boyette and Jack Sparling. It was an effective spell that would entrance a loyal audience long into the next decade.
Vol 2: 1999 – 2000
The setting is Manhattan, where the mysterious Amanda Collins moves through the troubled lives of ordinary people armed with little more than a blank white business card and a strange, supernatural presence. She’s giving them the chance to change their lives; but the choice they make will depend entirely on the forces that already exist in their hearts. Amanda herself is a mesmerizing presence and, as she works modern magic with the help of a colorful if not entirely loyal coterie of followers, another side of her begins to emerge: one that is troubled, powerful and possibly centuries old. At the crossroads of the supernatural and the very real, THE WITCHING HOUR spins bold, provocative tales of sin, magic and redemption.
Vol 3: December 2013
The secret spell to controlling the universe is contained in this anthology! Also included are nine new supernatural tales by a coven of the best writers and artists VERTIGO could cram into 70 pages. Practice witchcraft with VERTIGO and destroy all men!