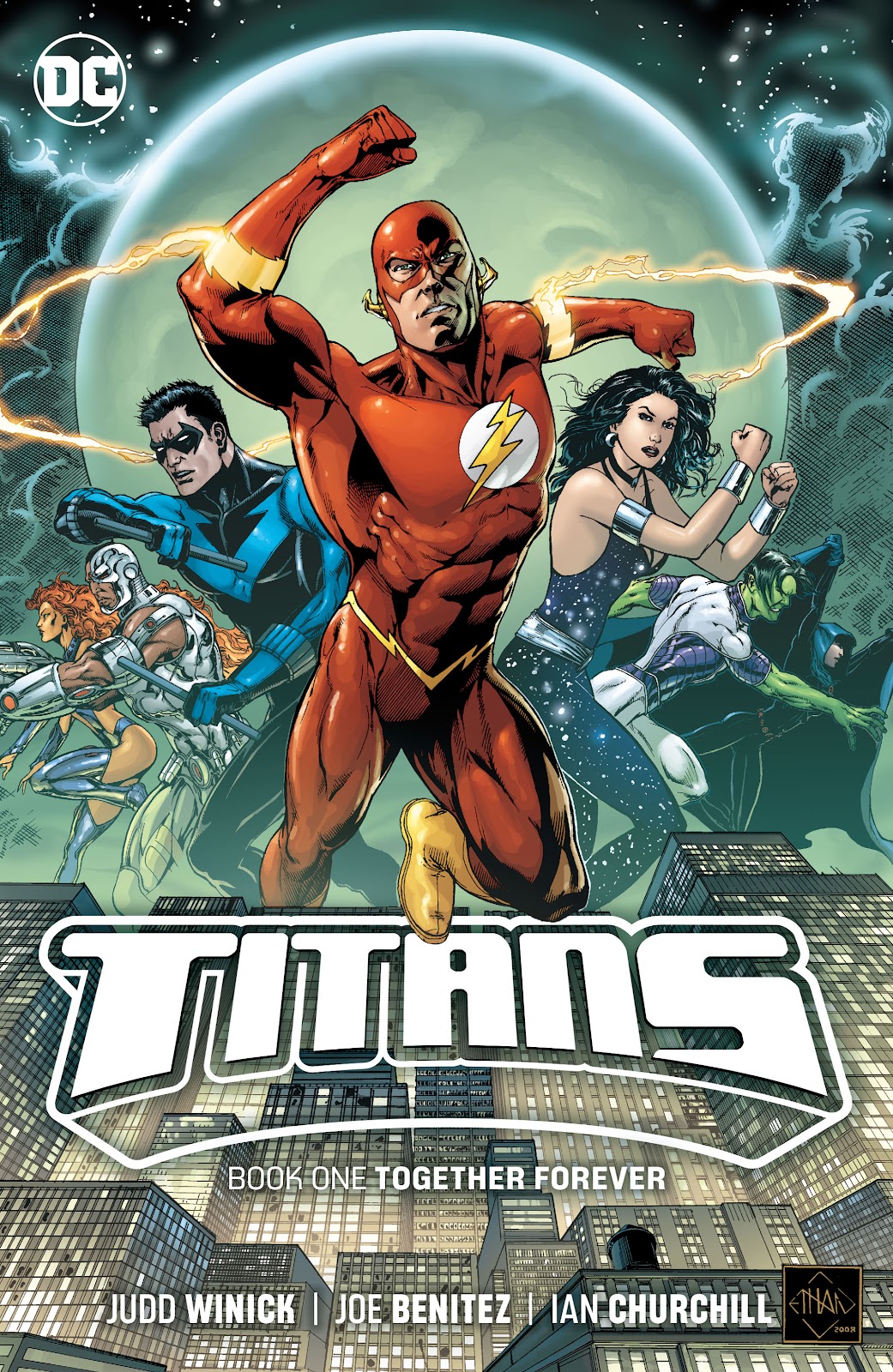 Vol 1: October 2 2018
Nightwing. The Flash. Starfire. Donna Troy. Beast Boy. Cyborg. Red Arrow. Raven.
Years ago they learned at the side of the World’s Greatest Heroes-until the threats became too dangerous for even their mentors to handle. Then these young superheroes struck out on their own, fighting against evil while united under their battle cry:
TITANS TOGETHER!
But long ago these friends and warriors went their separate ways, leaving the Titans mantle to other young heroes…and it’s that mantle that could get them all killed.
An all-powerful enemy from the team’s past has returned with a vengeance, aiming to destroy anyone who’s ever been a Titan. With their superhero successors caught in the line of fire, the original Titans must reunite to stop the onslaught, before the Titans fall forever…
Writer Judd Winick (Green Arrow, Outsiders) joins artists Ian Churchill (Supergirl), Joe Benitez (Wraithborn) and others to reform one of comics’ greatest teams! Collects Titans East Special #1 and Titans #1-11.