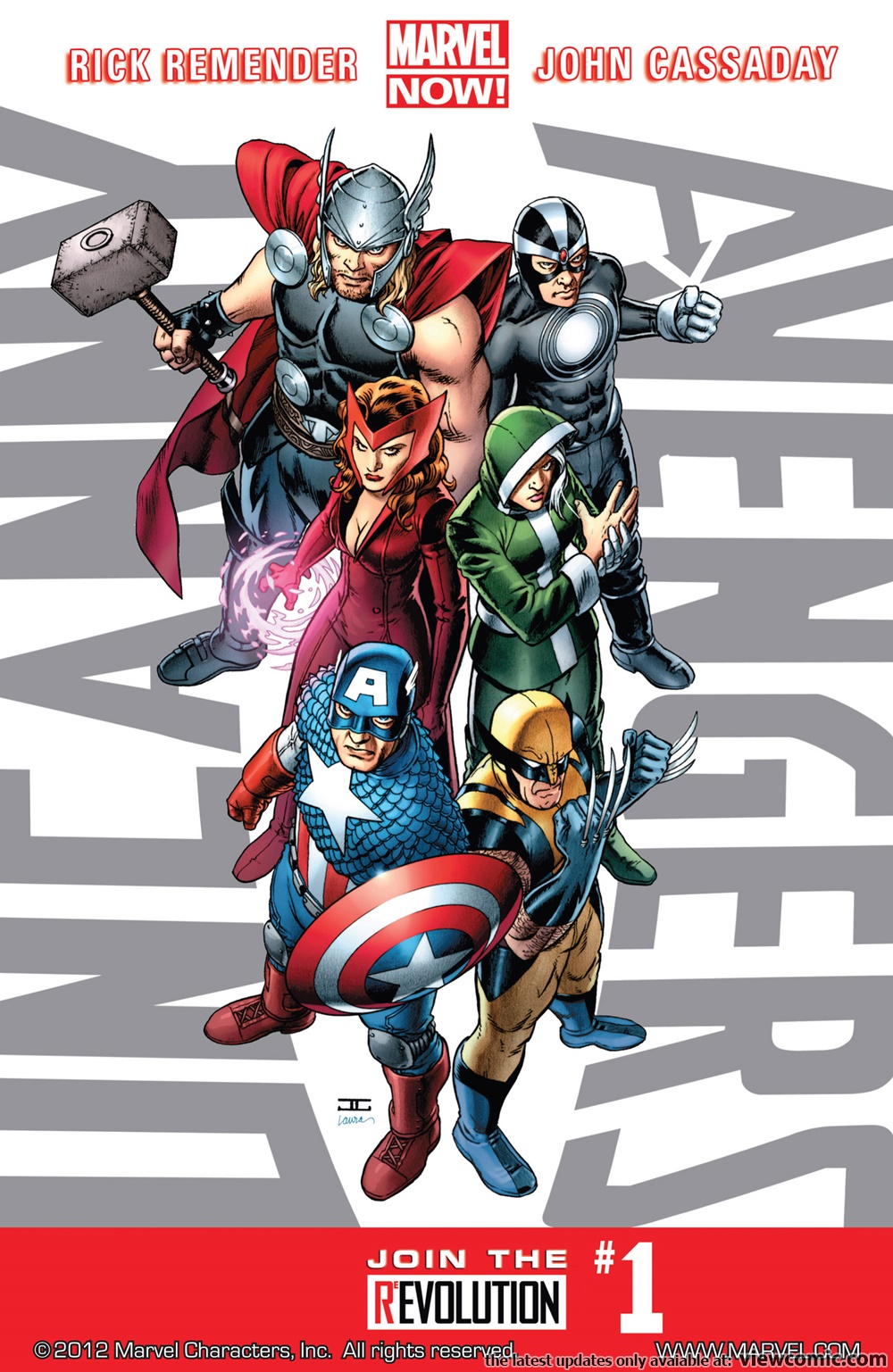 Vol 1: December 2012 – December 2014
No fan can miss the blockbuster debut of an all-new Avengers team featuring members from all across the Marvel Universe… a team uniting Avenger and X-Man alike! But following the devastating events of Avengers VS X-Men, can Captain America pull together a team that can get along for its first mission?
Vol 2: March 2015 – August 2015
COUNTER-EVOLUTIONARY PART 1. From the ashes of AXIS an all-new, all different Avengers assemble! The tragedy at the end of AXIS has left the Uncanny Avengers vulnerable, and someone is taking advantage of it.One of the Avengers oldest foes returns with a terrible secret that will, all hyperbole aside, shatter the lives of two members of the squad.
What is Counter-Earth? What terrible secrets does it house?
Vol 3: December 2015
New team, same mission. Steve Rogers has formed a new Avengers unity squad compromised of humans, mutants and…Inhumans? A new threat to the Avengers is revealed. Wait, is that on the cover? Is he seriously an Avenger now?