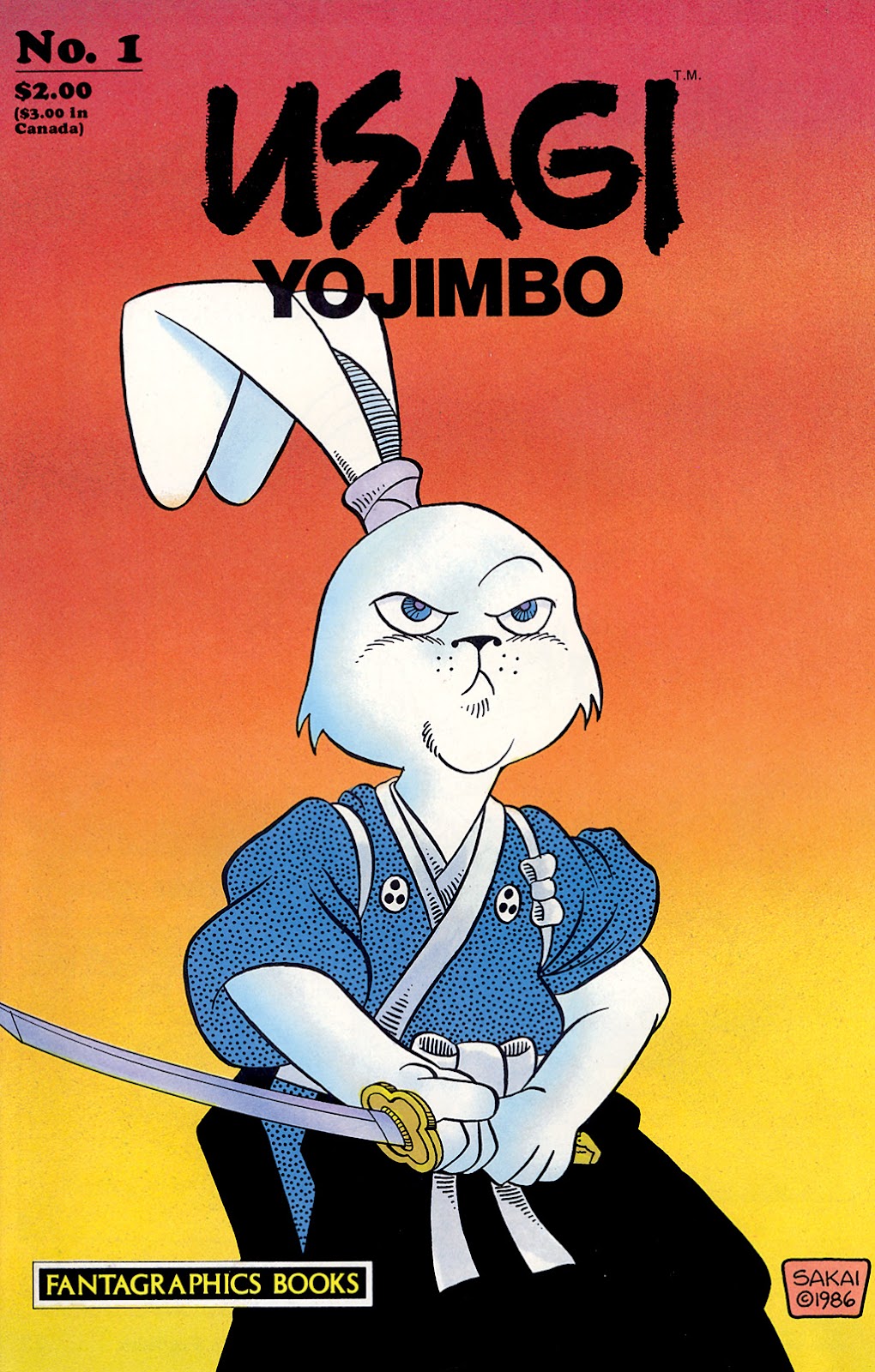 Vol 1: July 1987 – March 1993
First printing. A duel puts Stan Sakais rabbit samurai in an introspective mood, and he recalls his early combat training with the lion-maned Sensei Katsuichi. Parts 1 and 2 of Samurai. Story, art and cover by Sakai, plus Waddlewalk by Dennis Fujitake. Black and white; 32 pages. Other titles featuring Usagi Yojimbo include Albedo, Doomsday Squad #3 and Space Usagi
Vol 2: March 1993 – October 1995
Stan Sakais rabbit samurai makes the transition to full color and a new publisher in grand style, as Usagi joins forces with the Teenage Mutant Ninja Turtles and the rhino ronin Gennosuke. Part 1 of Shades of Green, plus the short story Jiko. Stories, art and cover by Stan Sakai
Vol 3: April 1996
The close of sixteenth century Japan is regarded as the Age of Civil Wars, as feudal lords fought amongst themselves for land and power. When one leader finally rose above the others and was proclaimed Shogun, a peace came upon Japan and the samurai warriors found themselves suddenly unemployed. Many of these Ronin turned to banditry to survive, others found work with minor lords. And a small number traveled the musha shugyo — the warrior pilgrimage — to hone their spiritual and martial skills. But whether they took the honest road or the crooked path, the Ronin all found one common link — they were generally less than welcome. Such is the tale of Usagi Yojimbo.
Vol 4: June 2019
Follow the adventures of rabbit rōnin Miyamoto Usagi as he wanders Edo period Japan on his warrior’s journey. In the start of this three-part story, Usagi becomes embroiled in a puppet drama where the players are not quite what they seem! Written, drawn, and lettered by comics legend Stan Sakai! Colors by Tom Luth (Groo the Wanderer)!