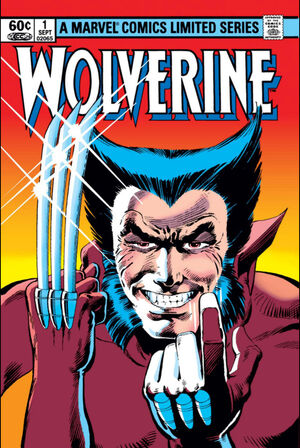 Vol 1: September 1982 – December 1982
Wolverine is in Canada to kill a feral bear, but after the deed is done, Wolverine learns the bear was shot with a poisoned arrow.
Wolverine goes to Japan to see the love of his life, Mariko Yashida. Turns out that Mariko was forced to marry another man. So, to prove his love for Mariko, Wolverine battles Lord Shingen but is badly beaten. Wolverine is then thrown out on the streets. He awakes due to thieves but is saved by Yukio.
Vol 2: November 1988 – June 2003
The story begins with Logan talking to James and Heather Hudson at a time before he became an X-Man. They tell Logan that they have made an appointment for him with the doctor that invented the adamantium alloy. He goes there searching for answers about his adamantium skeleton and missing memories. When Logan gets there, what he finds instead are various spies and assassins there waiting for him, including Sabretooth, HYDRA, Nick Fury, and Carol Danvers. They have all tracked down Logan to either intercept him or kill him. Logan, unnerved that some of these strangers appear to know him, must fight off those that would do him harm, and help those that appear to be his allies, though he has no memory of any of them.
Vol 3: July 2003 – August 2009
You can call him mutant or animal or hunter or even Wolverine, he could care less. He’s old enough to remember Teddy Roosevelt taking office, his bones are unbreakable, his senses are extraordinary, he regenerates injury at an inhuman rate, and his rage is unholy. You can call him whatever you like. He calls himself Logan.
Vol 4: November 2010 – February 2012
Acclaimed author Jason Aaron (Astonishing Spider-Man and Wolverine, Weapon X) and superstar artist Renato Guedes (Action Comics, Adventures of Superman) launch an all-new ongoing Wolverine series as Wolverine goes to hell… literally! Someone’s out to destroy Wolverine-permanently-and they may have succeeded. But if Wolverine’s soul is in hell, how is his body terrorizing those closest to him?
Vol 5: May 2013 – March 2014
Paul Cornell and Alan Davis take Wolverine on a hunt against an unknown foe. This issue is doing its best to earn the parental advisory warning.
Vol 6: April 2014 – October 2014
Wolverine is the ultimate killing machine and totally suitable to become a teacher, am I right? However, now Wolverine has lost the one thing that’s given him his edge; healing factor! With losing his #1 ability in combat that has allowed him to live for over a 100 years, Wolverine is now mortal and killable. This can’t possibly be good for The Wolverine! Written by Paul Cornell with artwork by Ryan Stegman (pencils), Mark Morales (inks), and David Curiel (colors).The GoodPaul Cornell did a grea…
Vol 7: April, 2020
Wolverine been through a lot. He’s been a loner. He’s been a killer. He’s been a hero. He’s been an Avenger. He’s been to hell and back. Now, as the nation of Krakoa brings together all Mutantkind, he can finally be… happy? With his family all together and safe, Wolverine has everything he ever wanted… and everything to lose. Writer Benjamin Percy (X-FORCE, WOLVERINE: THE LONG NIGHT) and legendary artist Adam Kubert (X-MEN, AVENGERS) bring the best there is to his new home! PLUS: The return of OMEGA RED!