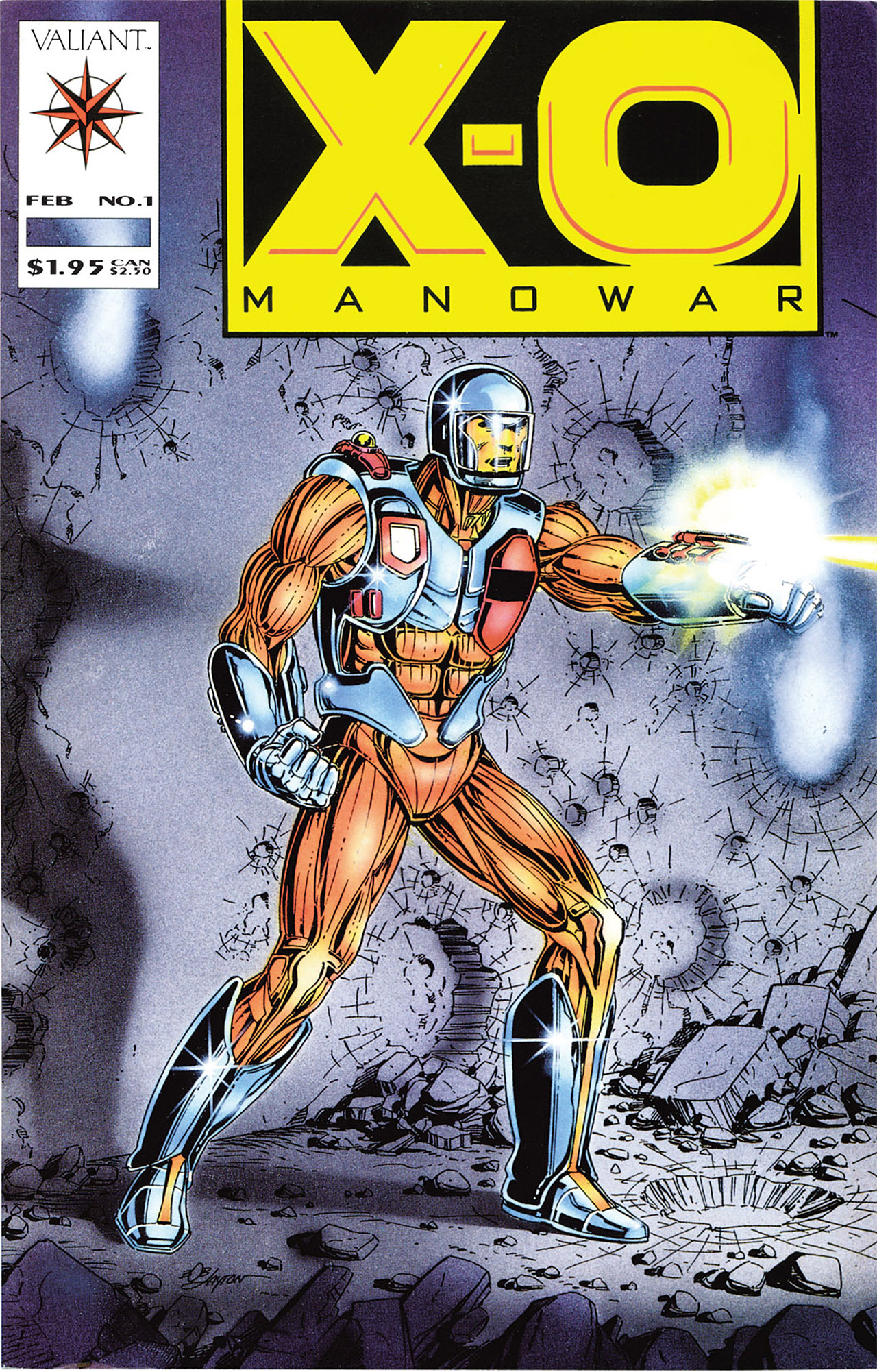 Vol 1: February 1992 – September 1996
Escaping captivity aboard a Spider-Alien starship, Aric, the Visigoth, steals the aliens’ greatest weapon: the Manowar Class X-O Armor! Returning to Earth, Aric is dismayed to find that 1600 years have passed — it’s a whole new world! Befriended by Ken Clarkson, Aric must learn to cope with a new society. But the aliens are hot on his trail, eager to reclaim the devastating armor known to Aric as the “Good Skin”!…
Vol 2: October 1996 – June 1998
Seized from the Nazis at the end of WW II, The X-O Armor has been property of the United States government for over 50 years. Decades out of use, its awesome capabilities are a complete mystery. That is until Donovan Wylie, genius of Silicon Valley, steps in and begins to unlock the armor’s secrets. His work is timely, as high tech terrorist group R.A.G.E. has become a serious national threat. In order to combat them, the Army needs the X-O Armor, and a soldier with the mettle to wear it into battle.
Vol 3: May 2012
Born into battle, Aric of Dacia – heir to the throne of the Visigoth people – has never known peace. After a brutal encounter with a mysterious enemy known as The Vine leaves him a prisoner on an alien world, the only hope Aric has of returning to his family and saving them from slavery is to seize a weapon of incalculable destruction and become X-O Manowar!
Vol 4: March 22 2017
“Born under the oppressive thumb of the Roman Empire, Aric of Dacia learned warfare at an early age. It was amid such violence that he was abducted by an alien race. Forced into slavery, he survived where others perished. His escape would come from bonding with a weapon of immeasurable power: the X-O Manowar armor. With it, he returned to Earth…only to find himself stranded in the modern day.
But that was a lifetime ago.
Now, far from home on a strange and primitive new world, Aric has begun a new life. Liberated from his past, he tends to his crops. Free from war. Free from violence. Free from the armor…
Vol 5: March 25 2020
Harvey Award-winning writer Dennis “Hopeless” Hallum (Star Wars: Darth Vader–Dark Visions) and breakout star Emilio Laiso (Marvel’s Spider-Man: Velocity) unleash Valiant’s most powerful protector!
Torn from the past and bonded with a living alien armor, will X-O Manowar become the hero the world needs? As a futuristic force arises to destroy the planet, only this ancient warrior king has the courage to stand against impossible odds!