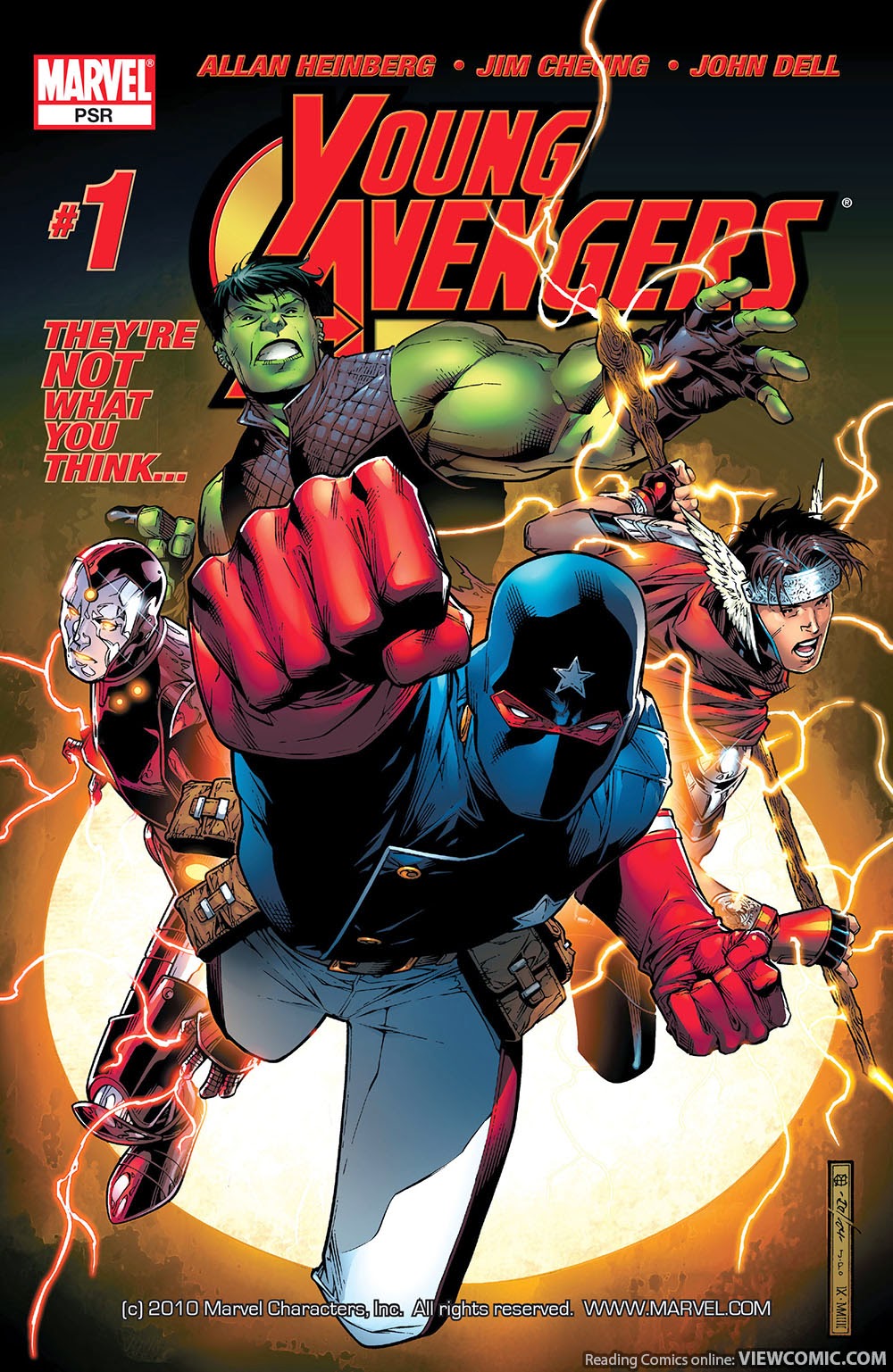 Vol 1: April 2005 – August 2006
In the wake of AVENGERS DISASSEMBLED, a mysterious new group of teen super heroes appears. But who are they? Where did they come from? And what right do they have to call themselves THE YOUNG AVENGERS?
Vol 2: March 2013 – March 2014
Legacy isn’t a dirty word… but it’s an irrelevant one. It’s not important what our parents did. It matters what WE do. Someone has to save the world. You’re someone. Do the math. The critically acclaimed team of Gillen/McKelvie/Wilson (with added Norton Sauce) decide to reinvent the teen superhero comic for the 21st century, uniting Wiccan, Hulkling and Hawkeye with Loki, Marvel Boy and Ms. America. No pressure. Young Avengers is as NOW! as the air in your lungs, and twice as vital. It’s the book that knows Hyperbole is the BEST! THING! EVER!