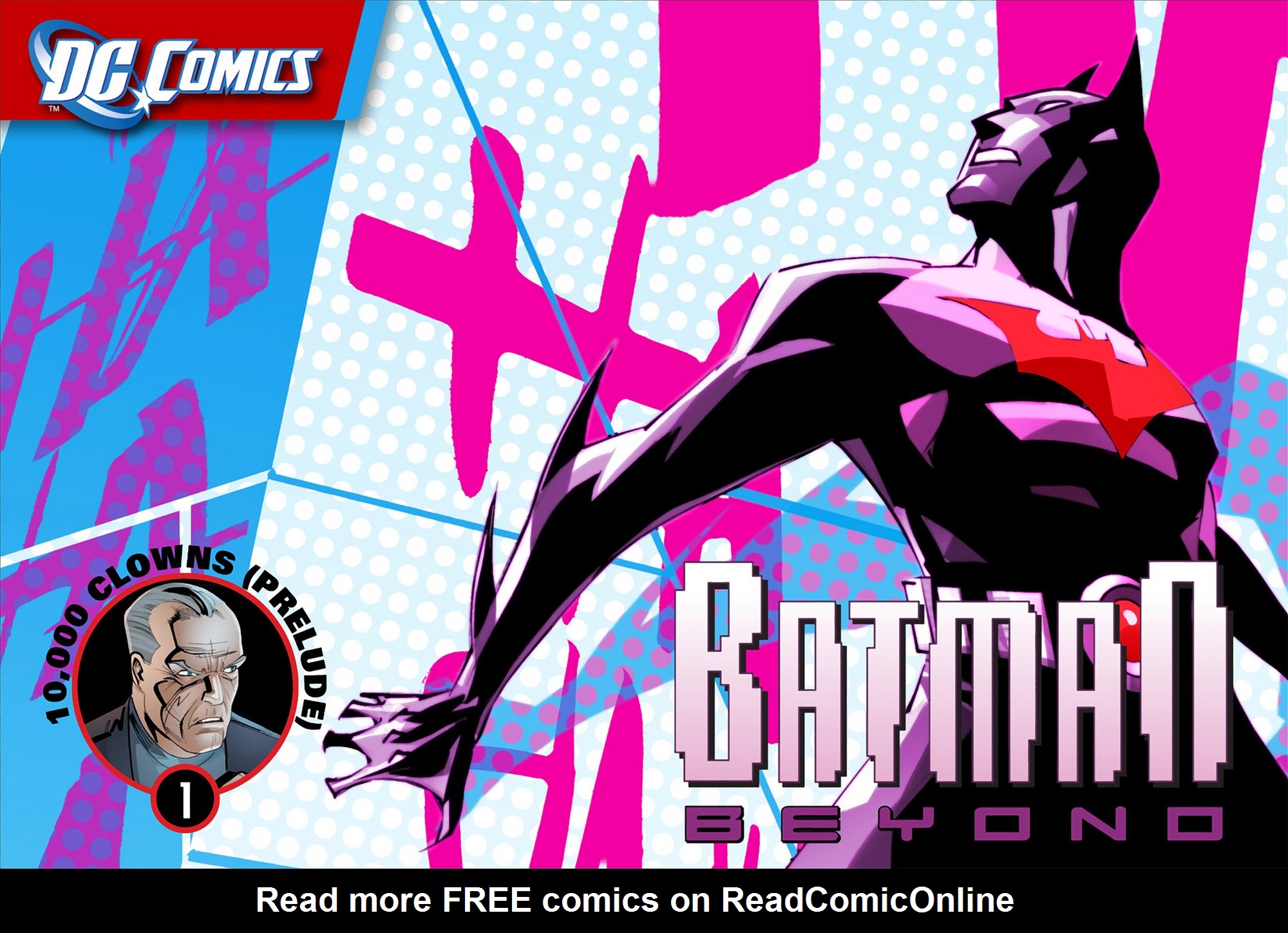 Vol 1.0: February 2012 – July 2013
Legendary Batman artist Norm Breyfogle returns to draw the Dark Knight of the future alongside best-selling writer Adam Beechen. In part one of “10,000 Clowns, (Prelude)” an onslaught of new Jokerz is plaguing Gotham City.
Vol 2.0: August 2013 – November 2014
Things have changed for Terry McGinnis. Now a freshman at Neo-Gotham University, Terry struggles with his role as Batman as it threatens his education and his life as a normal teenager. And when a prominent public figure is murdered, Terry’s world is thrown into even greater turmoil!