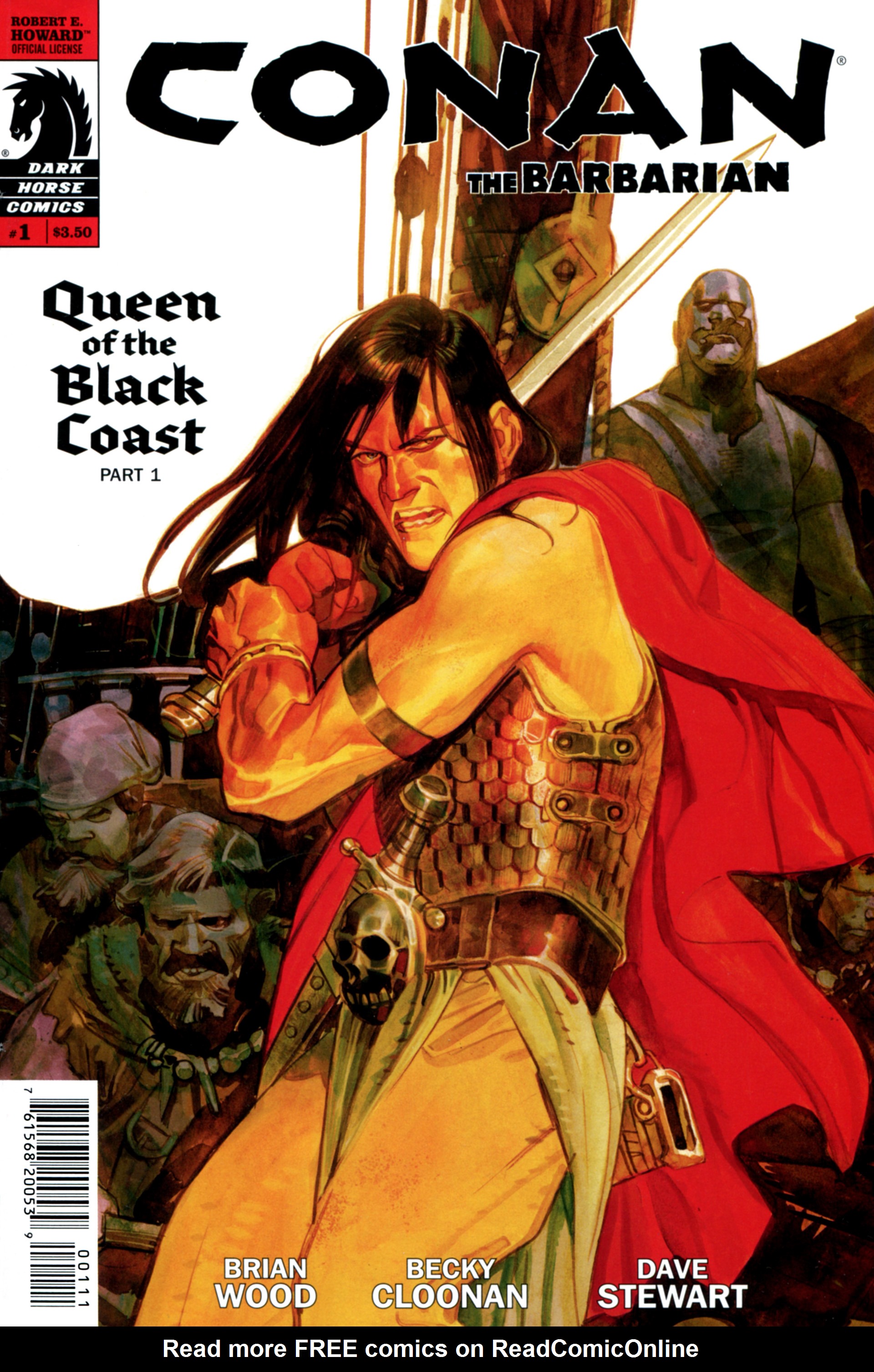 Vol 1: February 2012 – February 2014
“In this sweeping adaptation of Robert E. Howard’s fan-favorite “”Queen of the Black Coast,”” Conan turns his back on the civilized world and takes to the high seas alongside the pirate queen BÃªlit, setting the stage for an epic of romance, terror, and swashbuckling. This is Conan as you’ve never seen him, with the combination of one of Robert E. Howard’s greatest tales and the most dynamic creative team in comics! * A perfect jumping-on point for new readers! * A bold, fresh take on the Cimmerian. * “”Queen of the Black Coast”” is the most-requested Conan adaptation!”