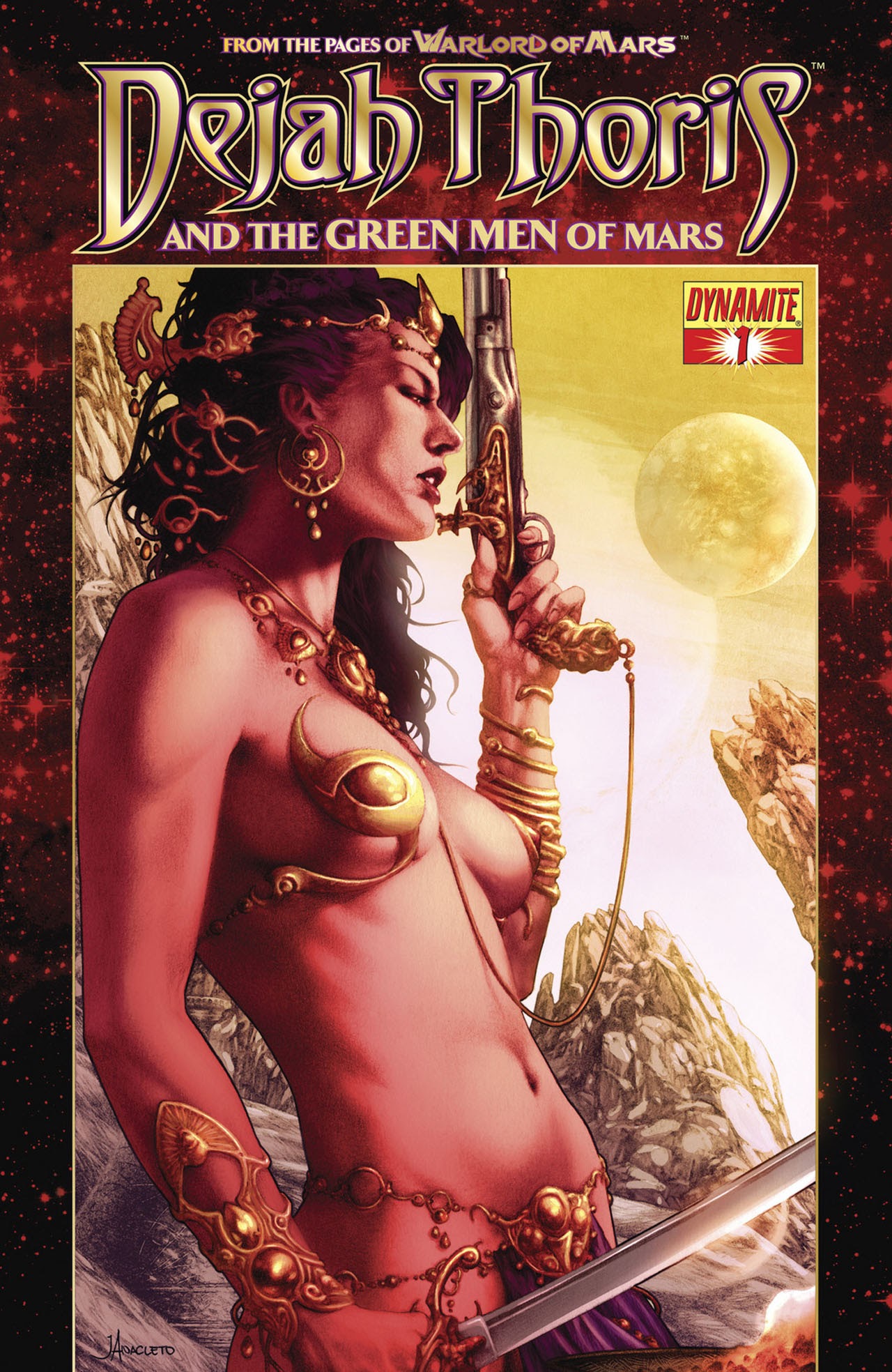 Dejah Thoris and the Green Men of Mars

Vol 1: February 2013 – March 2014
The princess of Helium is kidnapped and taken to the underground cave hideaway of the brutal rogue Thark, Voro, who threatens to destroy the recent peace between the red-skinned Heliumites and the green-skinned Tharks. But Voro doesn’t want a ransom. He’s a butcher. For Tharks who never lost their taste for red meat, common Helium women are always in demand, but the incomparable Dejah Thoris will be the rarest of delicacies.