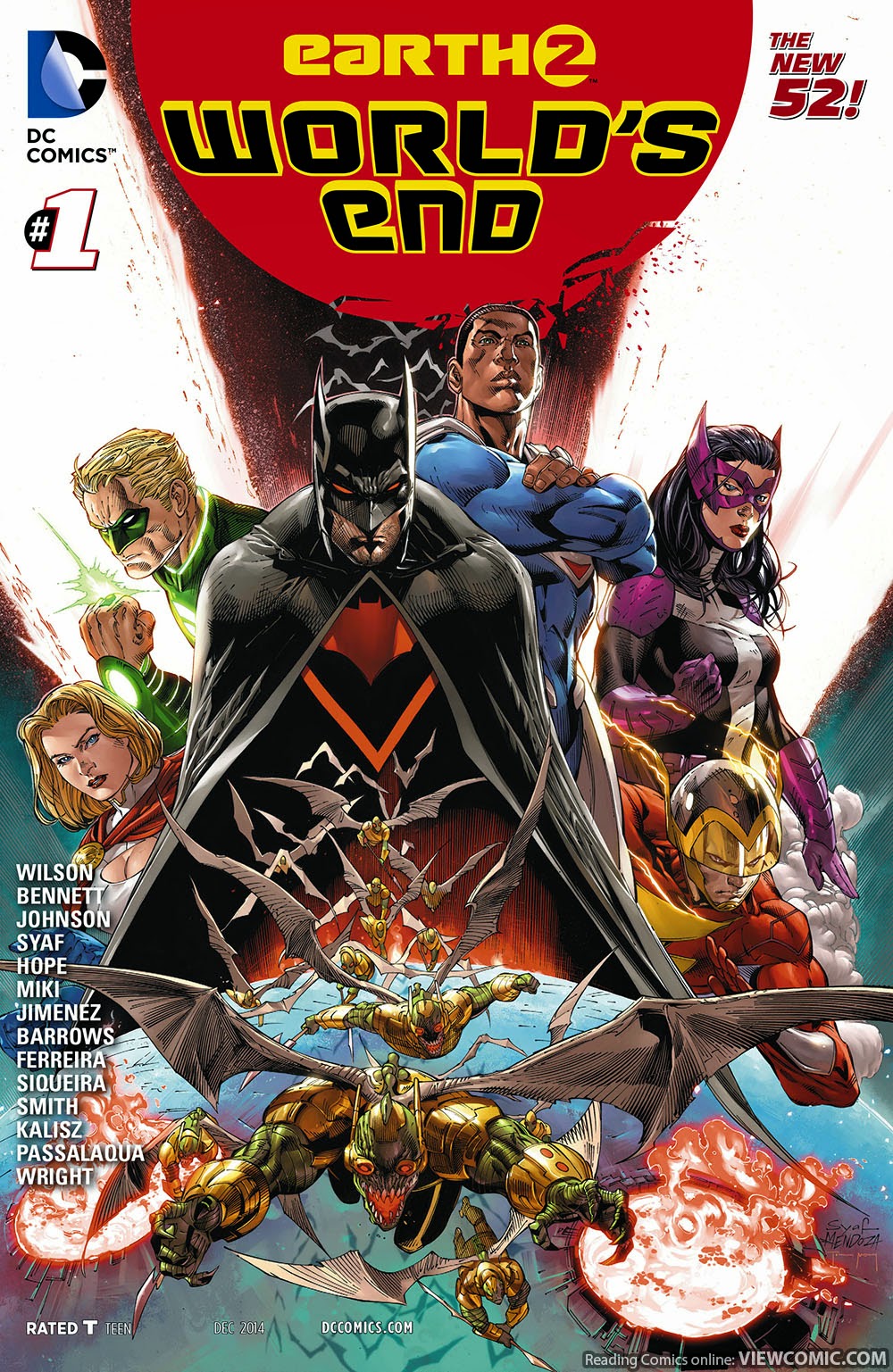 Vol 1: December 2014 – June 2015
A world that saw its greatest heroes die – and new ones take their places. A world where Superman became it’ greatest villain, and a man named Zod seeks to save it, along with Batman, Green Lantern, The Flash and other heroes. A world they can only save from the forces of Apokolips through great personal sacrifice! Death and destruction will follow each week, and you’ll never know who will live and who will die! It all begins with this extra-sized debut issue!