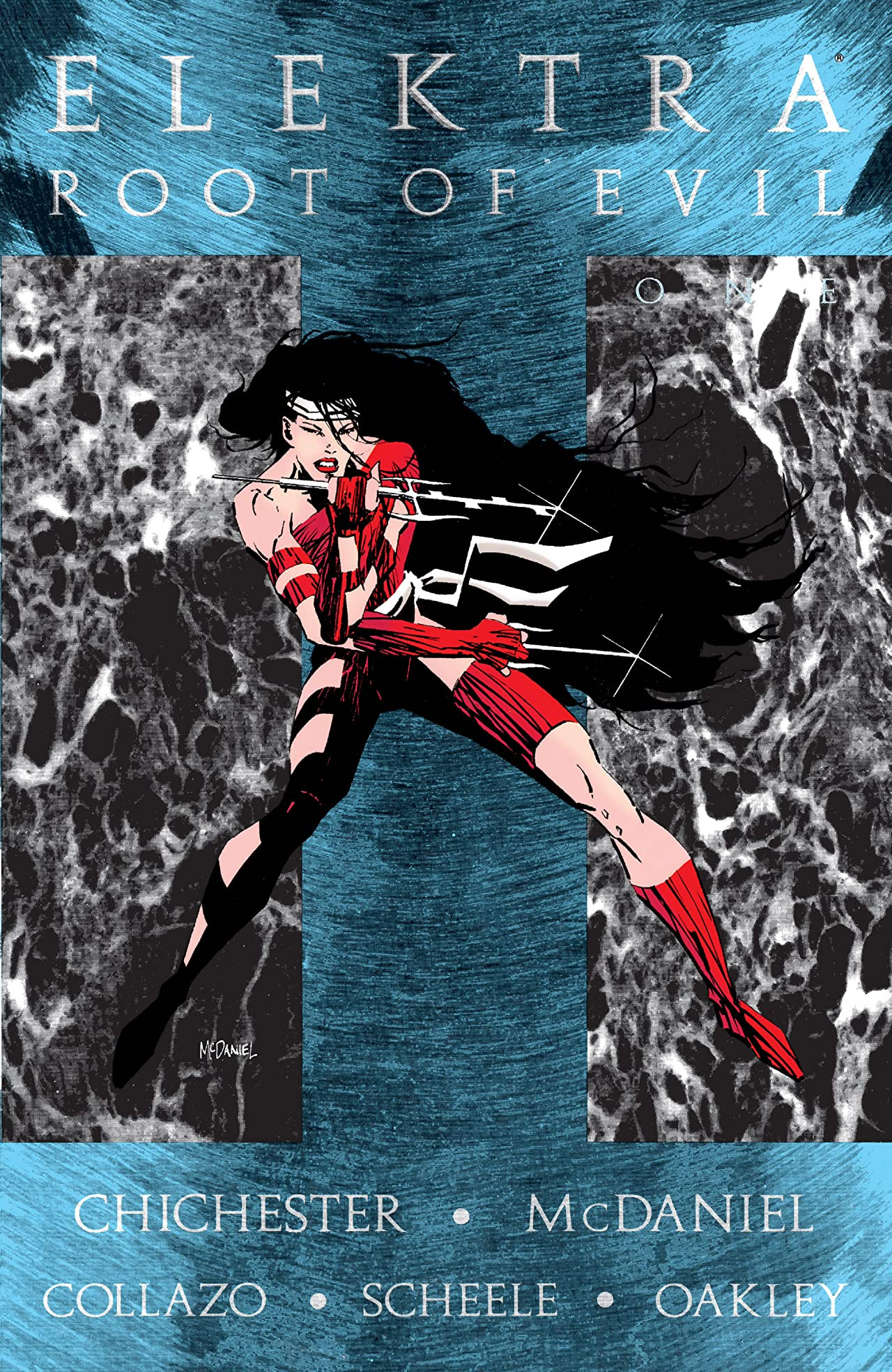 Vol 1: November 1996 – June 1998
This series describes Elektra’s adventures as she tries to redeem herself, atoning for the sins of her past, while using her ninja skills on the side of right. Vol 2: September 2001 – June 2004
Elektra is contracted by S.H.I.E.L.D. to take out Middle Eastern terrorist Saddam Abed Dasam and Hydra who Saddam hired. S.H.I.E.L.D. wants Elektra to assassinate Saddam with no one finding out and take a mysterious box that is in Saddam’s possession. For these Nick Fury promises, Elektra`s past sins will be forgotten. While Stanley and a fellow S.H.I.E.L.D. member go out for a walk in Baghdad they are attacked by Hydra but are saved by Elektra. She says there is a traitor among S.H.I.E.L.D. and things escalate into a murder or what appears to be. Vol 3: June 2014 – May 2015
Witness the beautifully violent return of the world’s deadliest assassin. A life spent in silent pain has led Elektra to the precipice of despair. As she prepares to shed her past and take her next step, everything you know about her will change! Death is no escape, but she will find her way as a new option opens up that will take Elektra to places no other Marvel character can go. Vol 4: February 2017
CASINO BATTLE ROYALE! Running from her tumultuous past, ELEKTRA attempts to lose herself in a vibrant sea of neon, noise and anonymity: LAS VEGAS. But how long can a former ninja assassin really hope to escape the vortex of violence that encompasses her life…especially when there’s a new player in Sin City that has her in his sights for his newest game? Enter: Arcade.