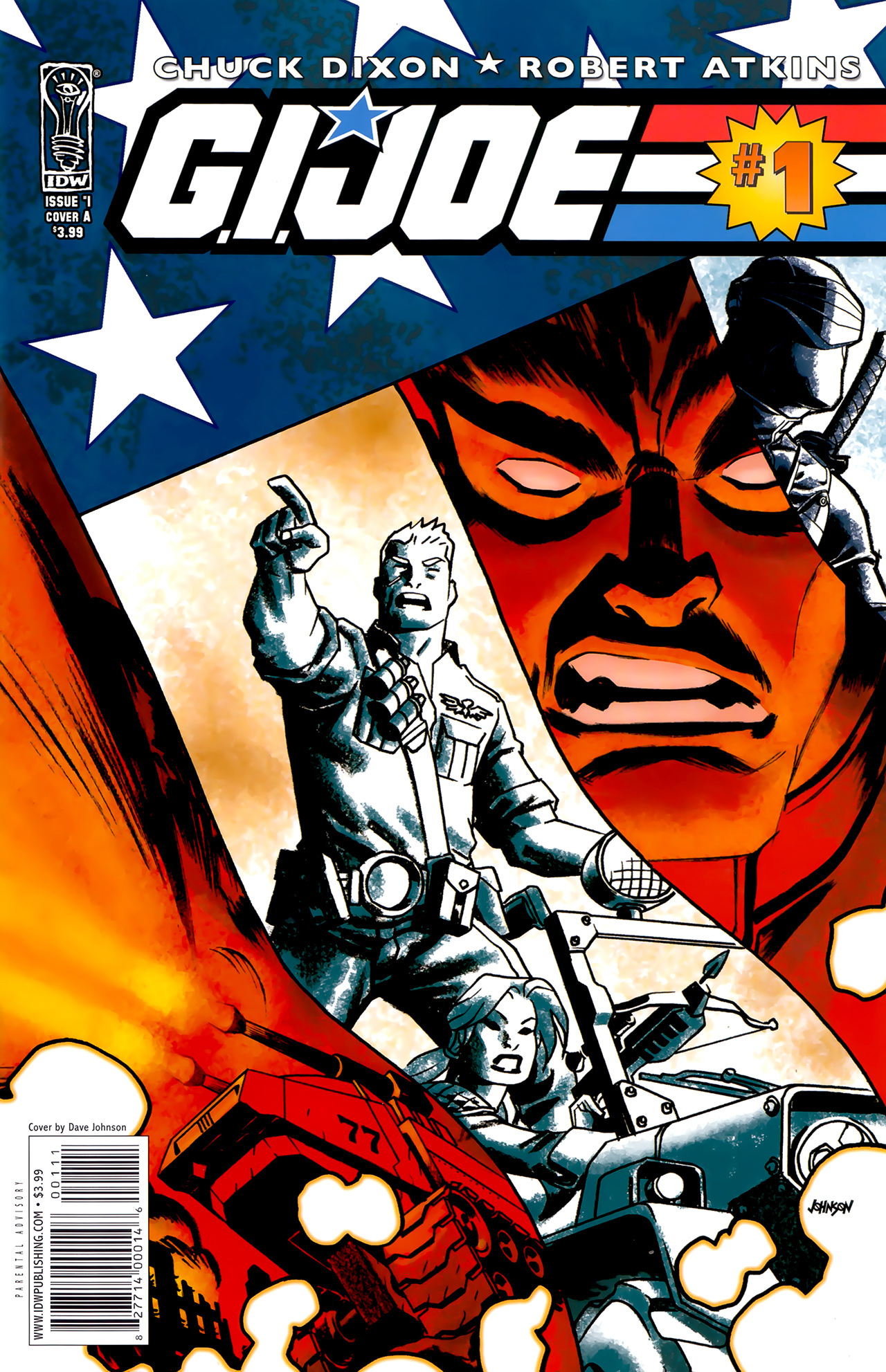 Vol 1: October 2008 – February 2011
G.I. Joe has a new base of operations! IDW Publishing is proud to present an all-new era for the legendary Joe team. This specially priced introductory issue re-introduces the G.I. JOE vs. COBRA conflict for today’s world, as presided over by G.I. JOE commanding officer, writer Larry Hama. Joining Hama on art chores is artist Robert Atkins. Together, the two tell their first tale-during a routine mission, the Joe team comes under attack by a mysterious outfit with terrifying goals.
Vol 2: May 2011 – January 2013
With Cobra Commander deceased, long live Cobra Commander, but what everyone wants to know is, who will be the new Cobra Commander? The role must be filled and the deadliest and sneakiest Cobra elite will compete to become the new ruler. The deciding factor will be whoever kills the most G.I. Joes!
Vol 3: February 2013 – April 2014
YO JOE! The truth is out: the world knows the G.I. JOE team is real. Now Duke leads his squad directly into the public eye, confronting COBRA on American soil! The best of the best just got better, as Fred Van Lente and Steve Kurth lead the charge and we roll out one new G.I. Joe title a month for the next three months!
Vol 4: September 2014
DOES THE WORLD NEED G.I. JOE? Cobra had become an international peacekeeping force… and the future of G.I. JOE looks bleak. SCARLETT leads what’s left of America’s ultimate fighting force—but will she be able to keep hew team together? Real-world action and politics collide… and nothing will be the same.
Vol 5: September 2019
Tyranny is on the rise as Cobra topples governments and spreads its ruthless power across the globe. In these trying times, desperate measures are taken. The new G.I. Joe program recruits civilian spies and saboteurs: ordinary people living in occupied territories who will put their lives on the line to strike back through clandestine but high-impact missions.

Join these new recruits as they resist Cobra control, fight to make a better world for all, and find out just what they are capable of.