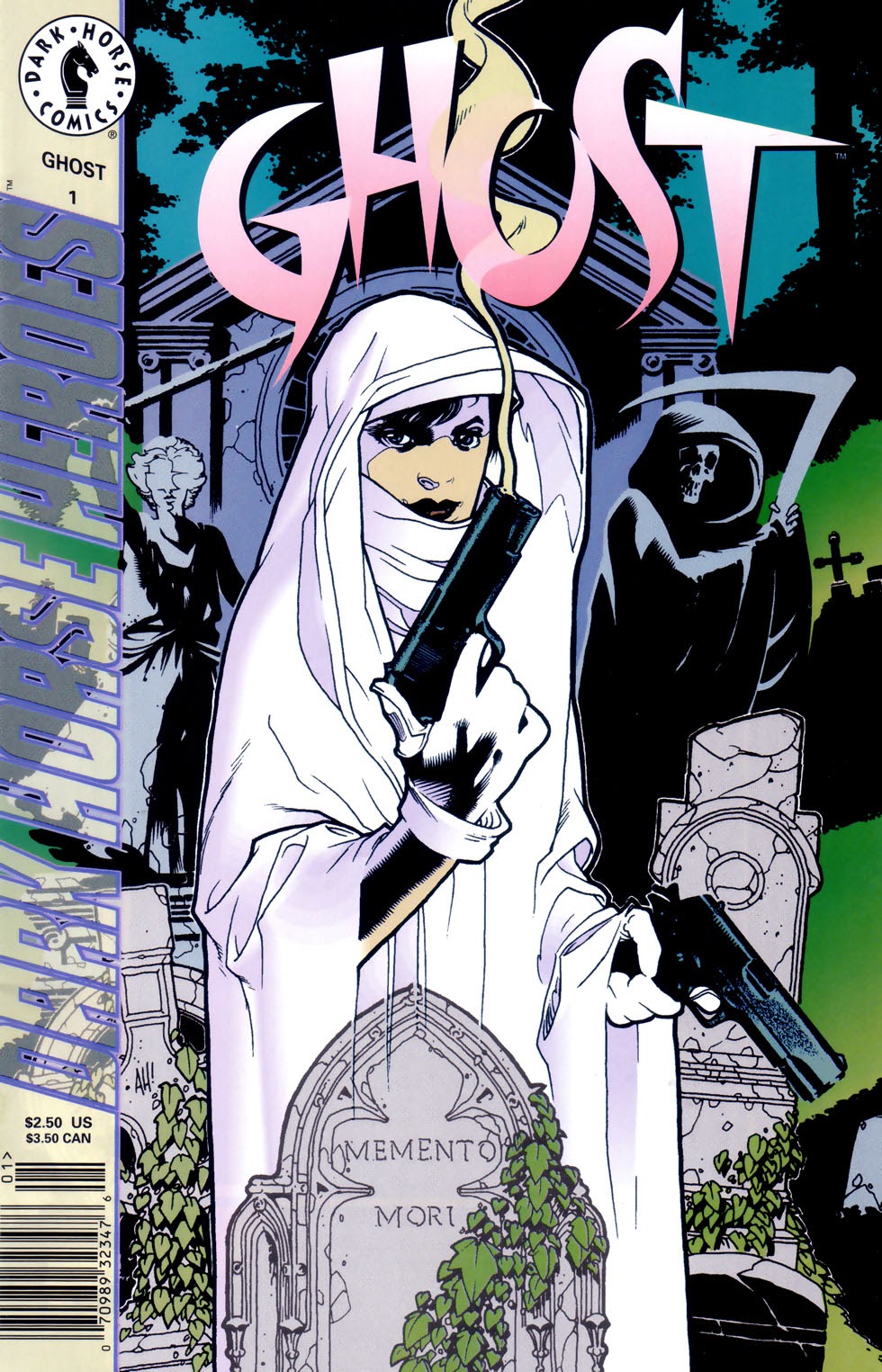 Vol 1: April 1995 – April 1998
Being new to the world of the living dead, Ghost is asking several questions of herself: Why was I killed? Who killed me? Why do I hate so much? Ghost begins to search for answers by investigating the life of her sister Margo, but once she learns her sibling’s dark secret, she may want to mind her own business.
Vol 2: September 1998 – August 2000
…
Vol 3: September 2012 – March 2013
Former journalist Vaughn Barnes has been reduced to moonlighting as cameraman for the shoddy paranormal-investigation cable TV show Phantom Finders. But when a curious device summons the specter of a beautiful, translucent woman, Vaughn is plunged into a mystery of criminal intrigue that spans two worlds! Kelly Sue DeConnick and Phil Noto launch their exciting new take on one of Dark Horse’s most popular characters ever!
Vol 4: December 2013
Ghost, the hero trapped between two worlds, fights to protect Chicago from extradimensional demons disguised as humans. When a familiar stranger destroys an el train, Ghost makes a deal with a devil for the chance to uncover her own mysterious past. The perfect issue to join this action-packed superhero title!