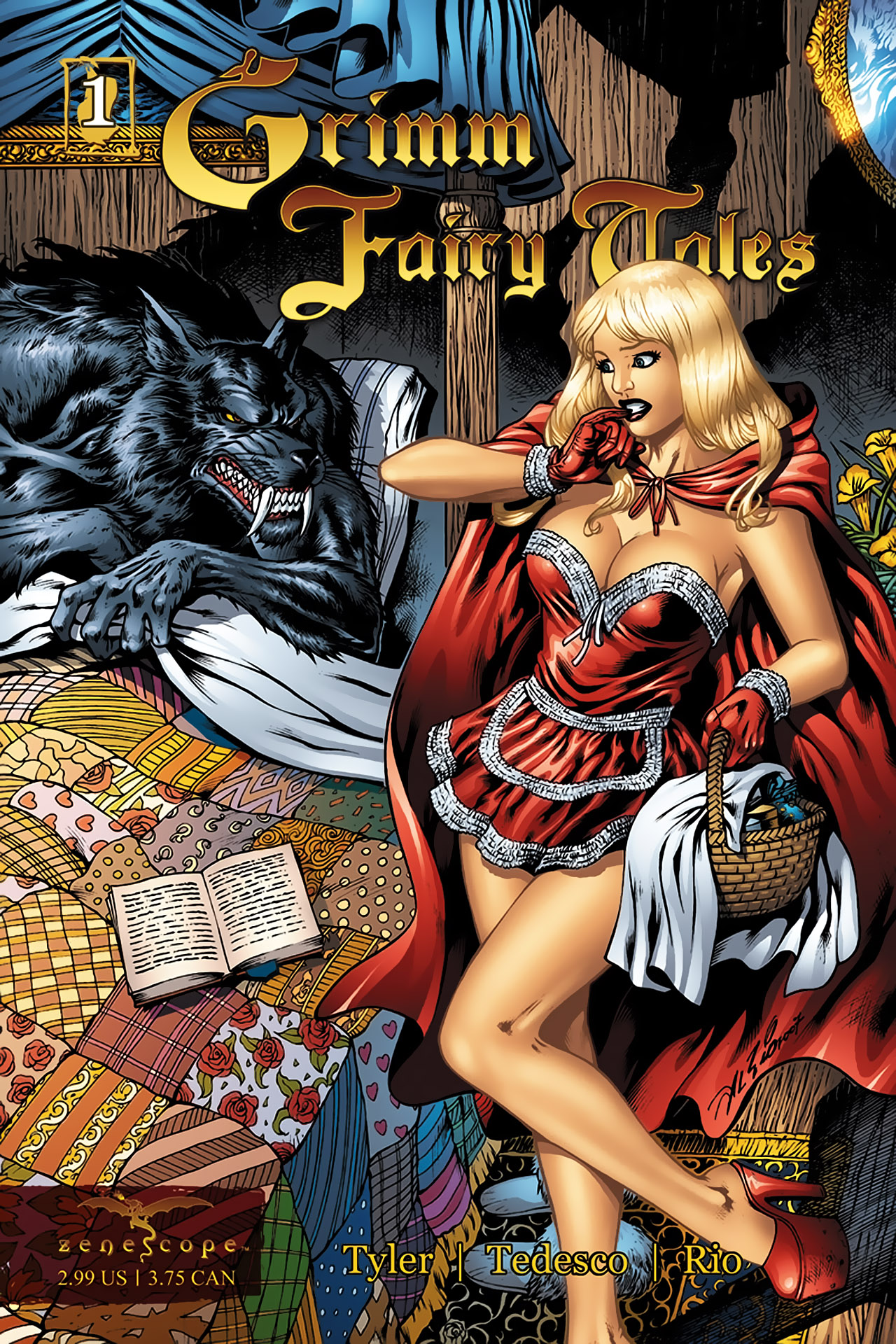 Vol 1: October 2005
Exploring the connection between sex and violence, the adaption of Little Red Riding hood confronts that line. The werewolf displays the lust and animal nature of sexuality while Red symbolises the innocence and purity of love. The hunter is the balance between them both, taking you back close to the original story of the brothers Grimm rather than the doused down version we know today, the true moral behind the story is displayed.
Vol 2: December 28 2016
New Series Launch! Grimm Fairy Tales is Back! The world of humans has forever changed and the Grimm Universe has been shaken to its core. It started with the Age of Darkness and now with the death of Sela Mathers, earth’s long time guardian, the Realms of Power have fallen into chaos. But Sela left behind one thing that may be able to save the world…her daughter, Skye. Don’t miss this new chapter in Grimm Fairy Tales that takes the series back to its roots.