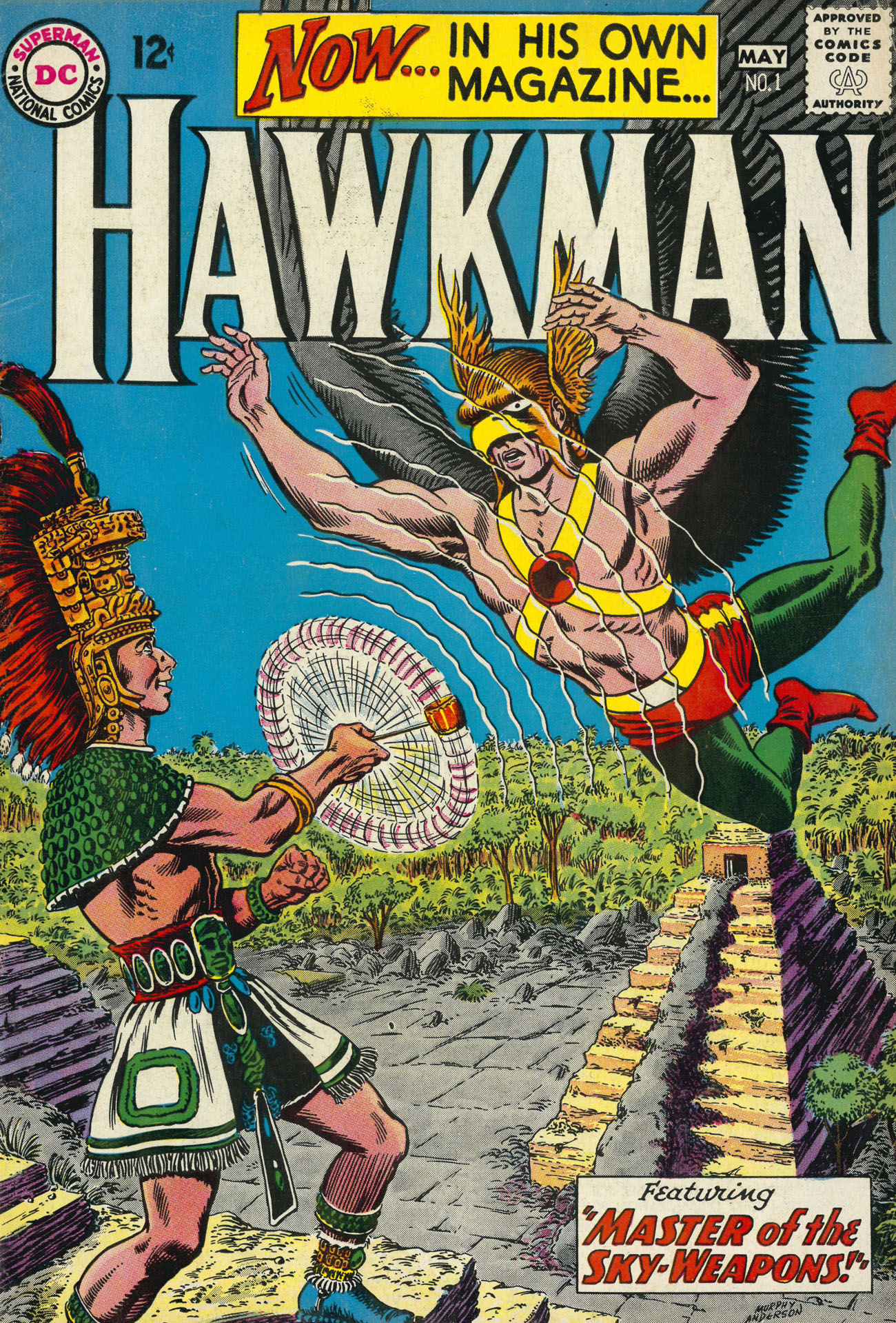 Vol 1: Apr/May 1964 – Aug/Sep 1968
Hawkman ran for 27 issues and featured the adventures of two Thanagarian Police Officers (Hawkman and Hawkgirl) who were sent to earth in order to study earth police methods. They soon became law enforcers rather than observers.
Vol 2: August 1986 – December 1987
Tony Isabella brought us a revival of the Hawkman magazine following his success a previous Special and mini-series.
Despite encountering his old Silver Age foes Shadow thief, Lion Mane and Gentleman Ghost (not to mention an appearance by Zatanna – again in issue#4), this incarnation of the Winged Wonder lasted a mere 17 issues.
Vol 3: September 1993 – July 1996
This volume follows the new direction of Hawkman started in the “Zero Hour” crossover event. The series was a continuation of the Hawkman reboot post-Crisis beginning in Hawkworld (1989) andHawkworld (1990).
Vol 4: May 2002 – April 2006
A new series starring the Winged Wonder debuts, as Hawkman and Hawkgirl set up in their new stomping ground of St. Roch, Louisiana. The question is who’s stomping on whom? They’ve set themselves up as allies to a failing museum, only to find they’re underdogs fighting against a corrupt city government and a madman who will hire anyone to eliminate them. This issue ignites an explosive international adventure through tombs, temples and treasure!
Vol 5: June 13 2018
Spinning out of the events of DARK NIGHTS: METAL, Carter Hall returns to the DC Universe! An explorer of the ancient and unknown, Hawkman finds himself embroiled in a long-standing mission to discover the true purpose of his many reincarnations.