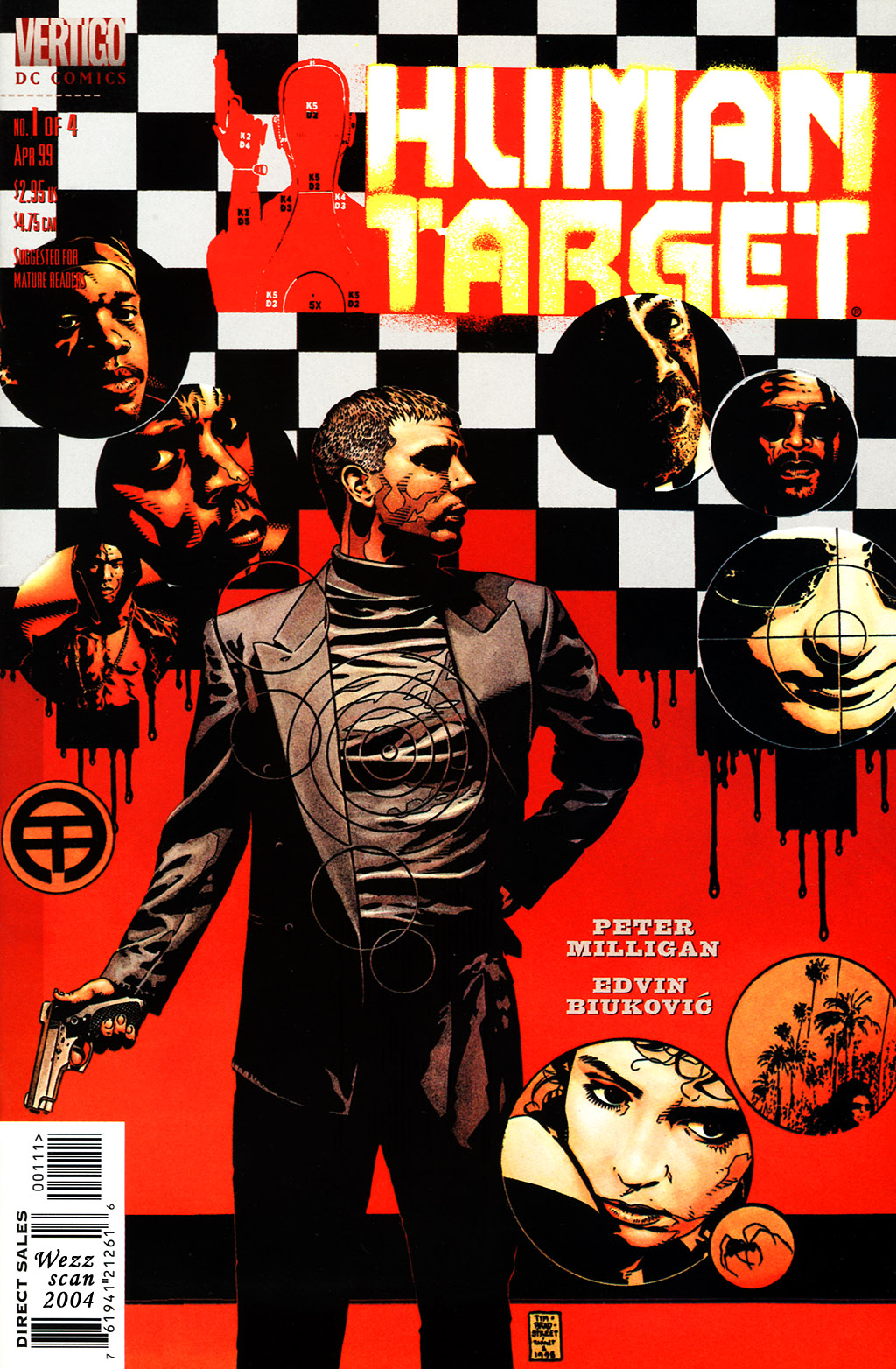 Vol 1: April 1999 – July 1999
One of DC’s signature characters from the 1970s is reinvented with a Vertigo twist in this 4-issue miniseries. Christopher Chance is the master of impersonation known as the Human Target. When he embarks on a routine case, Chance discovers that there’s a bounty on him!
Vol 2: October 2003 – May 2005
For Christopher Chance–a man who earns a living impersonating assassination targets–there’s a fine line between reality and illusion. In this action-packed ongoing series, that line becomes more and more blurry…
Vol 3: April 2010
On the heels of the highly anticipated Human Target Fox television series comes a brand-new adventure pitting Christopher Chance against the organized crime…of the world! When he’s tasked with protecting a highly placed informant and collecting damaging evidence throughout Europe, every assassin and goon from Paris to Prague will be gunning for the Human Target! From series creator Len Wein comes an all-new, action-packed adventure featuring the art of Bruno Redondo (PUSH) and covers by some of the industry’s most popular creators! As a bonus, we’ve also got a backup story by Peter Johnson, executive producer of the Fox series, with art by the amazing Chris Sprouse (TOM STRONG)!
Vol 4: November 2, 2021
Christopher Chance has made a living out of being a human target-a man hired to disguise himself as his client to invite would-be assassins to attempt his murder. He’s had a remarkable career until his latest case protecting Lex Luthor when things go sideways. An assassination attempt Chance didn’t see coming leaves him vulnerable and left trying to solve his own murder…as he has 12 days to discover just who in the DCU hated Luthor enough to want him dead. Human Target is a hard-boiled, gritty story in the vein of classic detective noirs told by bestselling and critically acclaimed creators Tom King and Greg Smallwood!