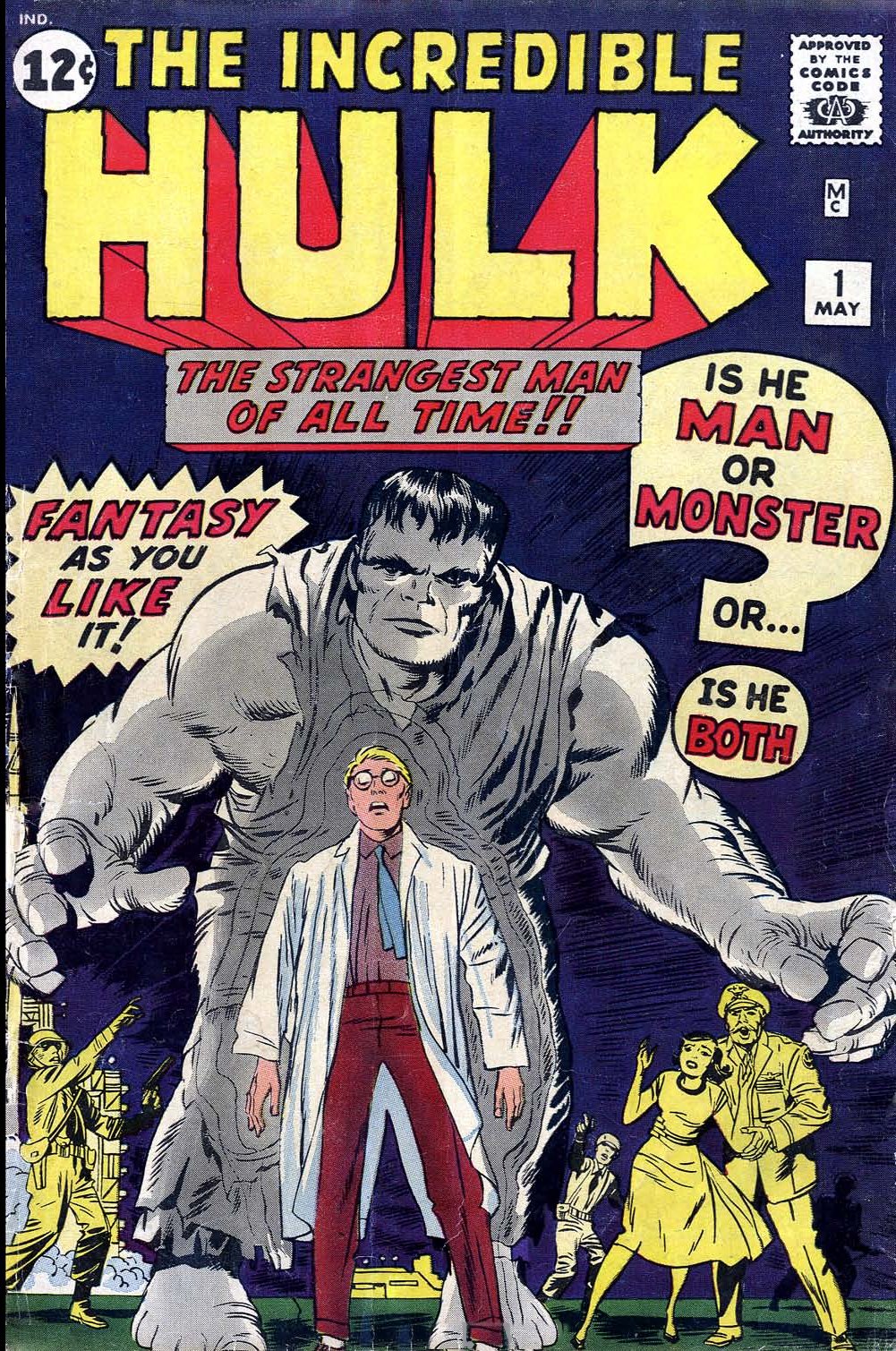 Vol 1: May 1962 – March 1963
As scientist Dr. Bruce Banner prepares to test a new weapon for the U.S. military, the gamma bomb, he is pressured into preemptively launching the bomb by visiting scientist Igor Drenkov and General “Thunderbolt” Ross. Having commenced the countdown Bruce notices a civilian in the test area (Rick Jones) and rushes out to save him. Unfortunately Bruce Banner is caught in the explosion of the bomb and is bombarded by gamma radiation while Rick is safely shielded in the bunker. Awaking later in a military hospital as the sun sets Bruce Banner begins to transform into a grey-skinned goliath called the Hulk and escapes the military base fleeing into the desert.
Vol 2: March 2000 – January 2008
New writer Paul Jenkins is here! The Hulk becomes INCREDIBLE once again! A perfect jump-on spot for both new and returning readers! The life of Dr. Bruce Banner was irrevocably changed the day that he was caught in the heart of a gamma bomb explosion. For it was on that day that he was transfomed into the most powerful creature to ever walk the Earth, the rampaging man-monster that mankind came to know as the incredible Hulk! And ever since that day his life has been filled with horror and hardships. But if you think every terrible thing that could be done to Banner has already happened, think again! And in the aftermath of this issue’s shocking development, Banner must undertake a journey into his own psyche in an attempt to reunite the various fractured shards of his personality! And in this case, that means facing different versions of the Hulk… including new incarnations you’ve never seen before!
Vol 3: 2011-2012
After Fear Itself, the Hulk has gone into hiding, seemingly safe from a world that hates and fears him. But when [redacted] come knocking, the Hulk has no choice but to return to war against the one man whose existence threatens the safety of everyone on Earth…