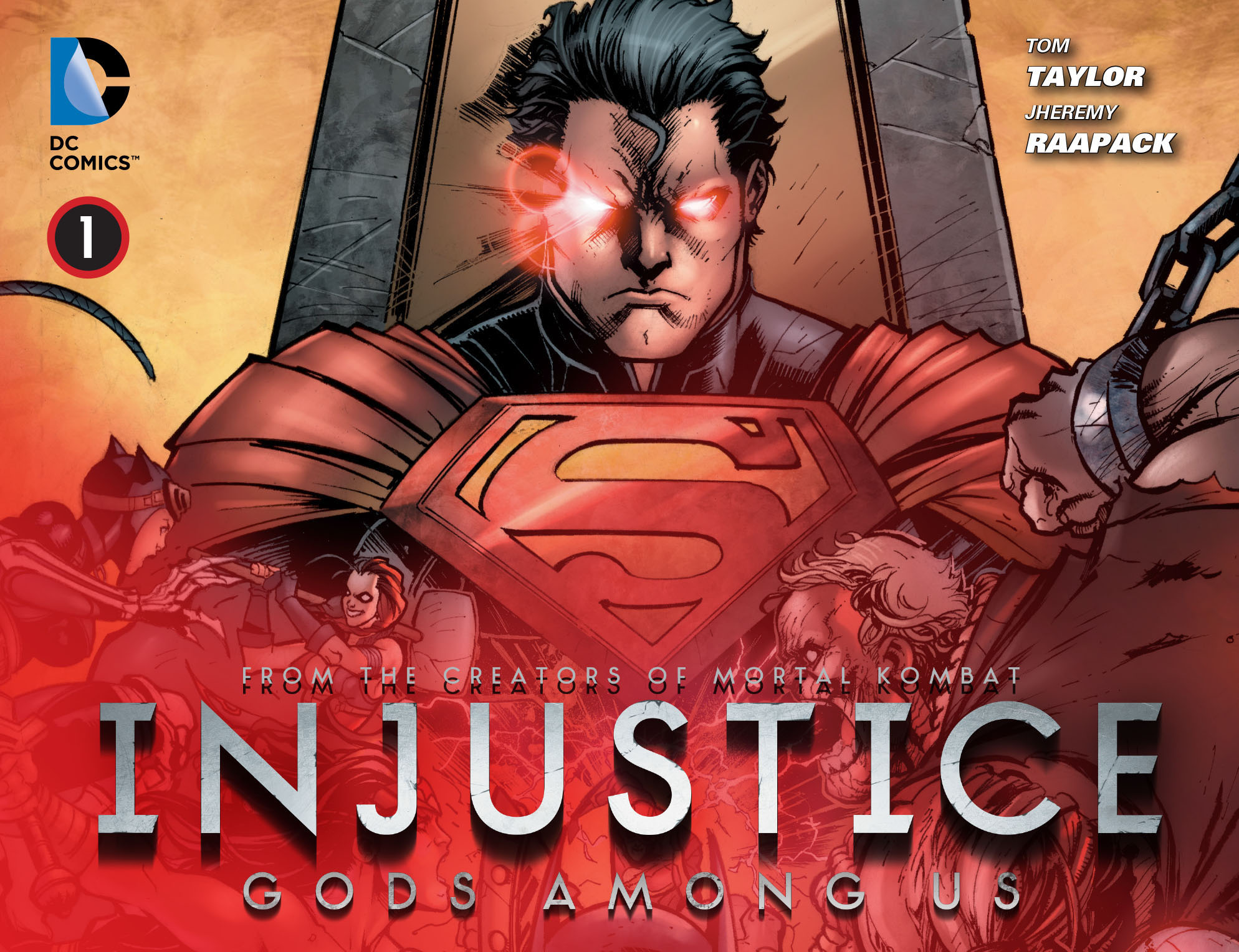 Injustice: Gods Among Us

Vol 1: January 2013 – September 2013
The Man of Steel’s at a happy point in his life–he’s got some good news to share with Batman. But tragic times are just around the corner, as one of Batman’s deadliest foes is in Metropolis on a surprise visit!
Vol 2: January 2014 – September 2014
The death of one of their own has divided Earth’s protectors as hero turns against hero. As Superman’s iron grip on the world tightens, at the edge of the galaxy, fear approaches…
Vol 3: September 2014 – March 2015
Superman’s new world order is in effect across the globe. The world is transformed. Violent dictatorships have fallen. Wars have ceased. But this order comes at the expense of freedom. Now, Batman has found an unlikely ally against Superman’s regime – and John Constantine is ready to unleash a bit of chaos.
Vol 4: May 2015 – October 2015
Superman has battled against an army of Green Lanterns and the assembled forces of magic and remained standing. But how will he fare against the Gods themselves?
Vol 5: December 2015
This is it: the final year of INJUSTICE:GODS AMONG US, leading into the storyline of the hit videogame! Having defeated the Green Lantern Corps, the forces of magic, and now the gods themselves, the Regime seems to have eliminated all threats. Yet uneasy lies the crown on the head of Emperor Superman. Still obsessed with the outlaw Batman and worried about having enough troops to police his world, The Man of Steel begins to recruit some of Earth’s deadliest villains to his side. Does the Dark Knight have any chance of ending the Man of Steel’s rule?