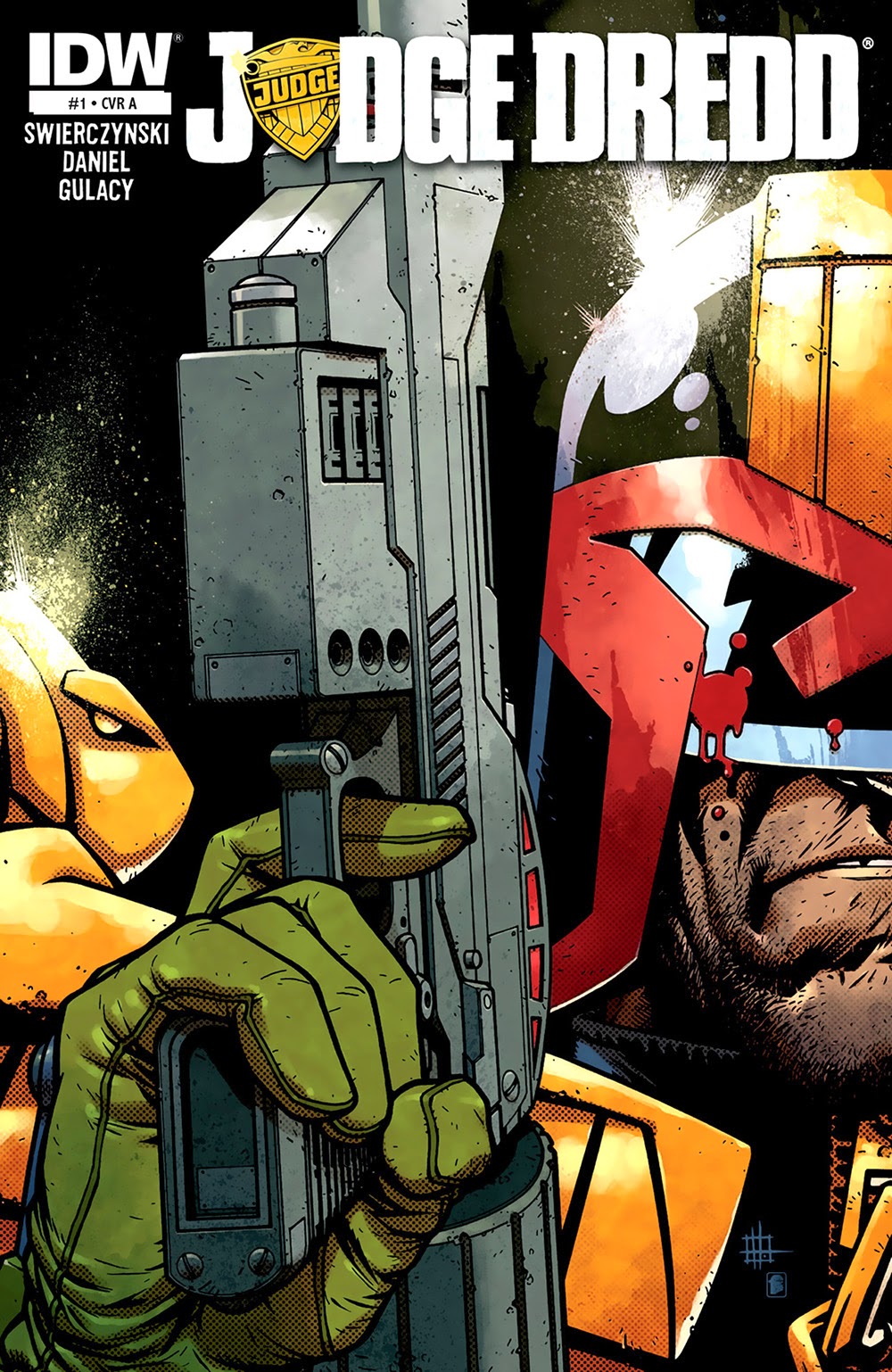 Vol 1: November 2012 – May 2015
In the 22nd century, crime runs rampant in Mega-City One, home to over 400 million citizens, robots, criminals and lunatics. The only line of defense between anarchy and chaos are the Judges. And Judge Dredd is the toughest of them all. In this, Judge Dredd’s 35th anniversary year, IDW is proud to re-introduce Judge Dredd to America in this all-new ongoing series.
Vol 2: December 2015
Ushering in a brave new era, Judge Dredd awakens to find that Mega-City One has been sent back to the Stone Age, with city blocks overgrown and nary a citizen to be found. Witness as Dredd struggles to unravel the mystery as he copes with being just an ordinary Joe…