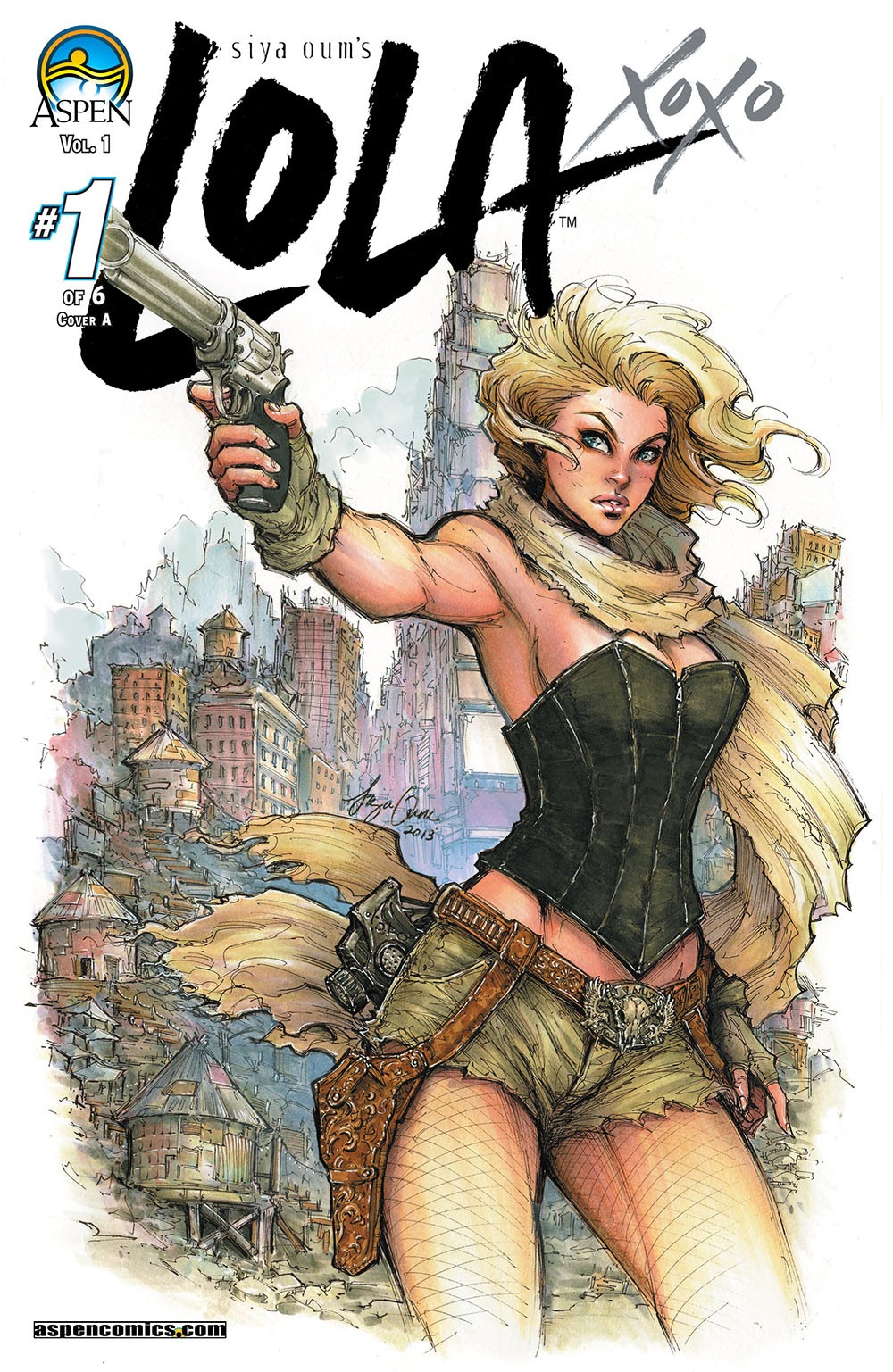 Vol 1: April 2014 – March 2015
In the “Wasteland”, Lola, a young woman with a resolve fortified by a lifetime of survival on her own, must journey across the nuclear-decimated United States in order to find the family that was taken from her! As her quest for the truth begins, Lola uncovers the true inhumanity of the Apocalypse, as those who seek to hold power in a new frontier, will do so at all bloody costs-including her life!
Vol 2: July 2017
The best-selling Aspen series from creator Siya Oum returns! In the epic first volume, the tough-minded Lola learned the brutal reality of the apocalypse within the confines of the ruthless Wasteland Trading Company led by the treacherous Edgar and his posse! However, the true challenge lies ahead, as her desire to be reunited with her lost parents still burns greater than ever!
Vol 3: July 10 2019
It’s mayhem in The Wasteland as Siya Oum’s best-selling Lola XOXO reaches its pivotal third volume!
Lola has spent the better part of her life attempting to reunite with her long-lost parents following a catastrophic nuclear level event in The United States. But, like all things in the apocalyptic “Wasteland,” the truth always comes with a price—and oftentimes that means violence—or worse, death!