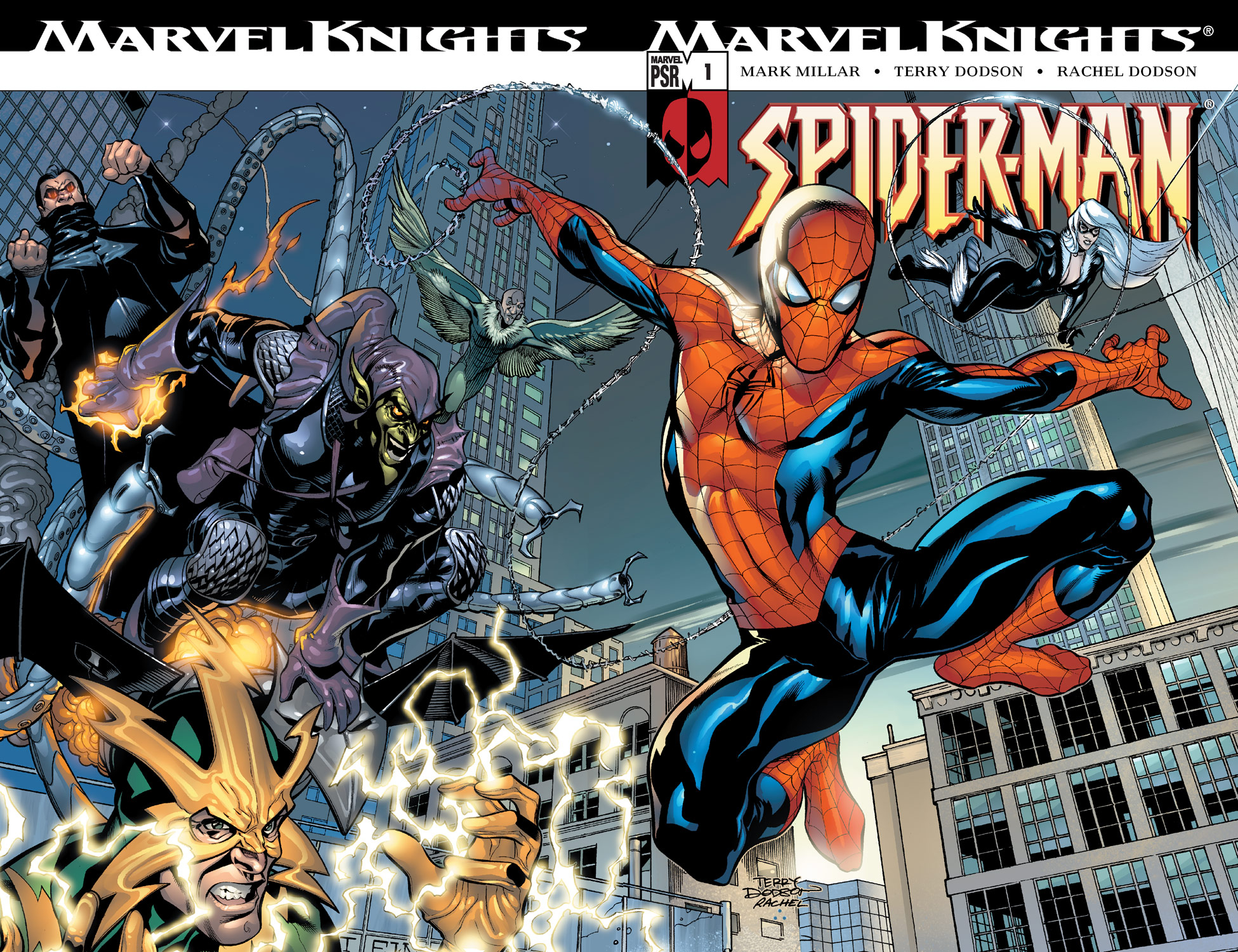 Vol 1: June 2004 – March 2006
Collects Marvel Knights Spider-Man #1-4. A mysterious villain has discovered Spider-Man’s secret identity…and is using the information to slowly destroy everything and everyone that Peter Parker cares about. But how far will Spider-Man go to protect the people he loves? Featuring Spider-Man’s most fearsome foes and avenging allies!
Vol 2: December 2013 – April 2014
From the haunted heights of a mysterious castle to the dizzying depths of the deep seas, the Amazing Spider-Man has to take on not one, not six, not twelve — but ninety-nine of the Marvel Universe’s deadliest villains to save the lives of countless innocents!