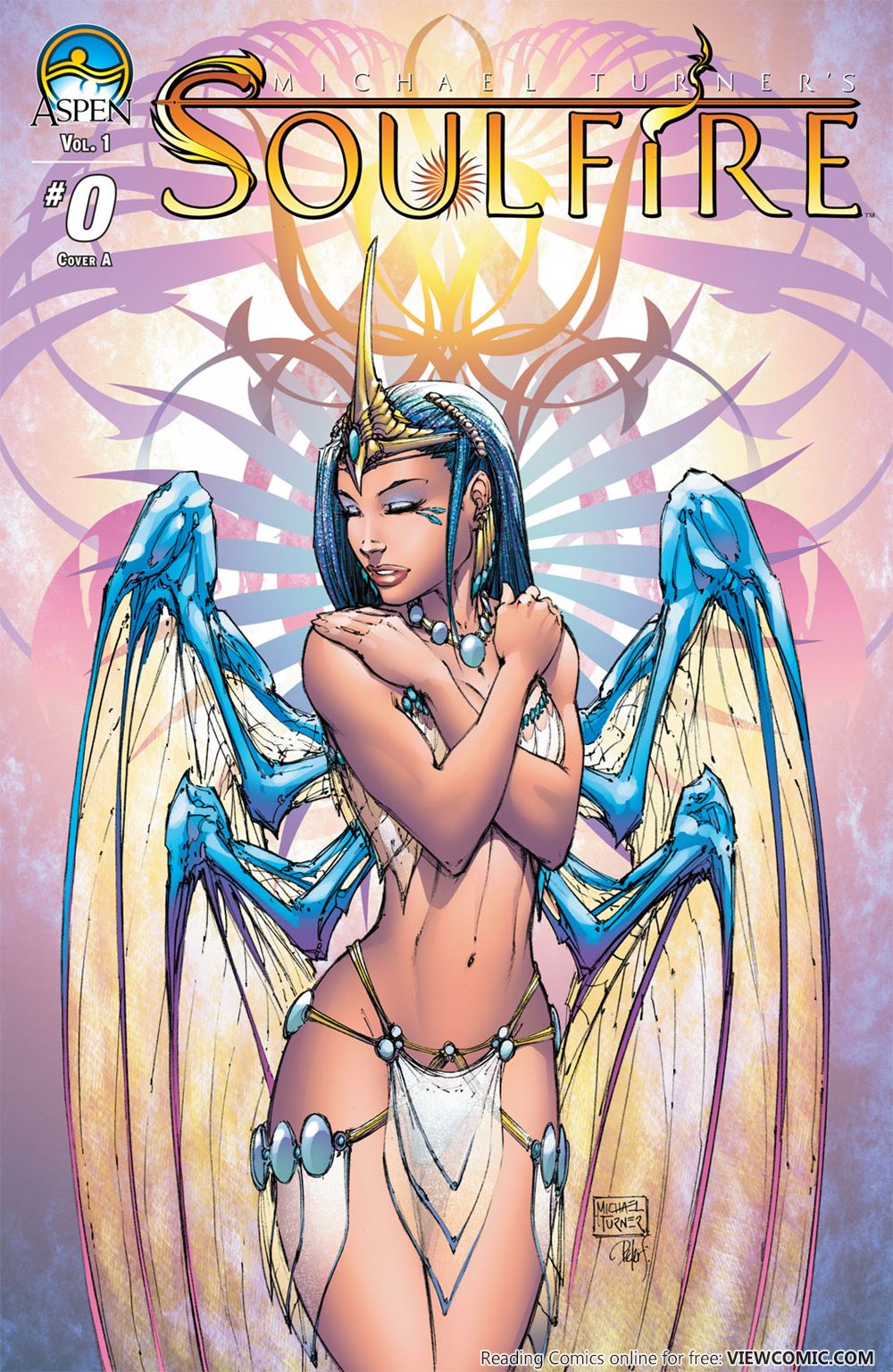 Vol 1: 2011
Magic is no longer a myth… You’ve seen the exclusive preview in the pages of Wizard Magazine, and after months of anticipation, Soulfire #1 has finally arrived! From the #1 selling team behind the red-hot Superman/Batman series, Eisner Award-winning writer Jeph Loeb and Wizard’s #1 artist, Michael Turner, along with colorist extraordinaire Peter Steigerwald, bring you the premiere issue of what is sure to be the most talked-about new series of 2004! Magic, myth and mystery collide in a new kind of adventure series where nothing is as it seems, and the fate of the universe hangs by a thread! Prepare yourself as the event of the year begins!
Vol 2: 2012
Michael Turner’s Soulfire ignites with a second volume! Just when you thought the magic was over, the spectacle returns in the wondrous second volume of the acclaimed fantasy adventure epic Soulfire! With the events of the climactic finale of Soulfire Volume 1 still resonating across the futuristic landscape of technology and the returning magic, battle lines have been drawn between the two opposing elements – and only one will prevail!
Vol 3: March 1, 2011
Desperate times have fallen on our heroes Malikai, Grace, and friends. The once-strong bond between them, which forged the return of magic into our world, is deteriorating following the cataclysmic battle with Rainier and his forces. However, the struggle between magic and technology still wages on, yet with Malikai, the bearer of the light, nowhere to be found–can magic survive the latest onslaught from an unwelcome world? New adversaries, exotic locations, and a fresh cast of exciting characters, including some from the Soulfire Universe¹s long forgotten past, reign supreme in this debut of the epic third SOULFIRE volume!
Vol 4: …
…
Vol 5: November 2013
Aspen’s final ’10 for 10′ series makes its red-hot debut! In the future, technology is everywhere, but there’s a greater source of power and wonder now out there – magic! After saving the world from the destructive force of chaos itself, Malikai and his friends try to return to a life of normalcy. PJ is determined to be Benoist’s heir in the battle arena, where cybernetic technology rules the day. Malikai is just happy to be with Sonia again, yet he can’t help see that Grace is still haunted by the scars of the past. Meanwhile, a secret danger grows in the shadows between magic and technology, and it has a name – RAINIER! Don’t miss this exciting premiere issue of the ALL NEW SOULFIRE! Join veteran Soulfire scribe JT Krul, along with the amazing artistic talents of V. Ken Marion and Kyle Ritter, as an all-new direction for Michael Turner’s fantasy epic Soulfire begins right now!
Vol 6: March 15 2017
Aspen’s premiere action-adventure fantasy epic returns in this all new jumping-on point for new readers! Following the events of ASPEN UNIVERSE: REVELATIONS, the world of SOULFIRE has a new status quo, as magic and technology have intertwined as never before! Meanwhile, Soulfire’s Grace, Malikai and friends now must also discover that things are not as they seem in the year 2211 including new and old dangers that seek to eliminate them! Nearly fifteen of the best-selling series created by superstar artist, the late Michael Turner, have culminated in this brand-new SOULFIRE adventure by Aspen’s talented creative team! Please join writer JT Krul, artist Giuseppe Cafaro, and colorist Wes Hartman as they bring readers back to the magic, myth, and everything you loved about SOULFIRE!
Vol 7: July 18 2018
Celebrating the 15th anniversary of its creation, Michael Turner’s incredible vision of magic and wonder returns for an all-new volume! As the new age of magic continues in the shadows of this future landscape, Malikai and his friends try to enjoy a little down time, but such plans never seem to last. Grace continues to serve as a protector for all things magic, more specifically the dragons, but she is growing tired of having to keep the true power of the world a secret. And, there is a new danger on the horizon, a new figure in the Soulfire universe who may be the greatest threat to the fragile balance between magic and technology yet! Michael Turner and Aspen Comics’ flagship title commemorates its landmark fifteenth year and the creative team of long time Soulfire writer J.T. Krul (Teen Titans, Jirni), newcomer Chahine Ladjouze, and colorist Wes Hartman have joined forces to bring new readers as well as loyal fans alike a Soulfire story for the next generation!
Vol 8: June 26 2019
Soulfire is back with its biggest story—and greatest challenge to its heroes ever!
Grace and Malikai have fought together to bring magic back to a world of technology, but now Grace is convinced that there is only room for one all-powerful source of energy. Magic. New battle lines are drawn. New enemies. New Allies. Fighting for the very future of the world itself. Behold The Battle of the Light!