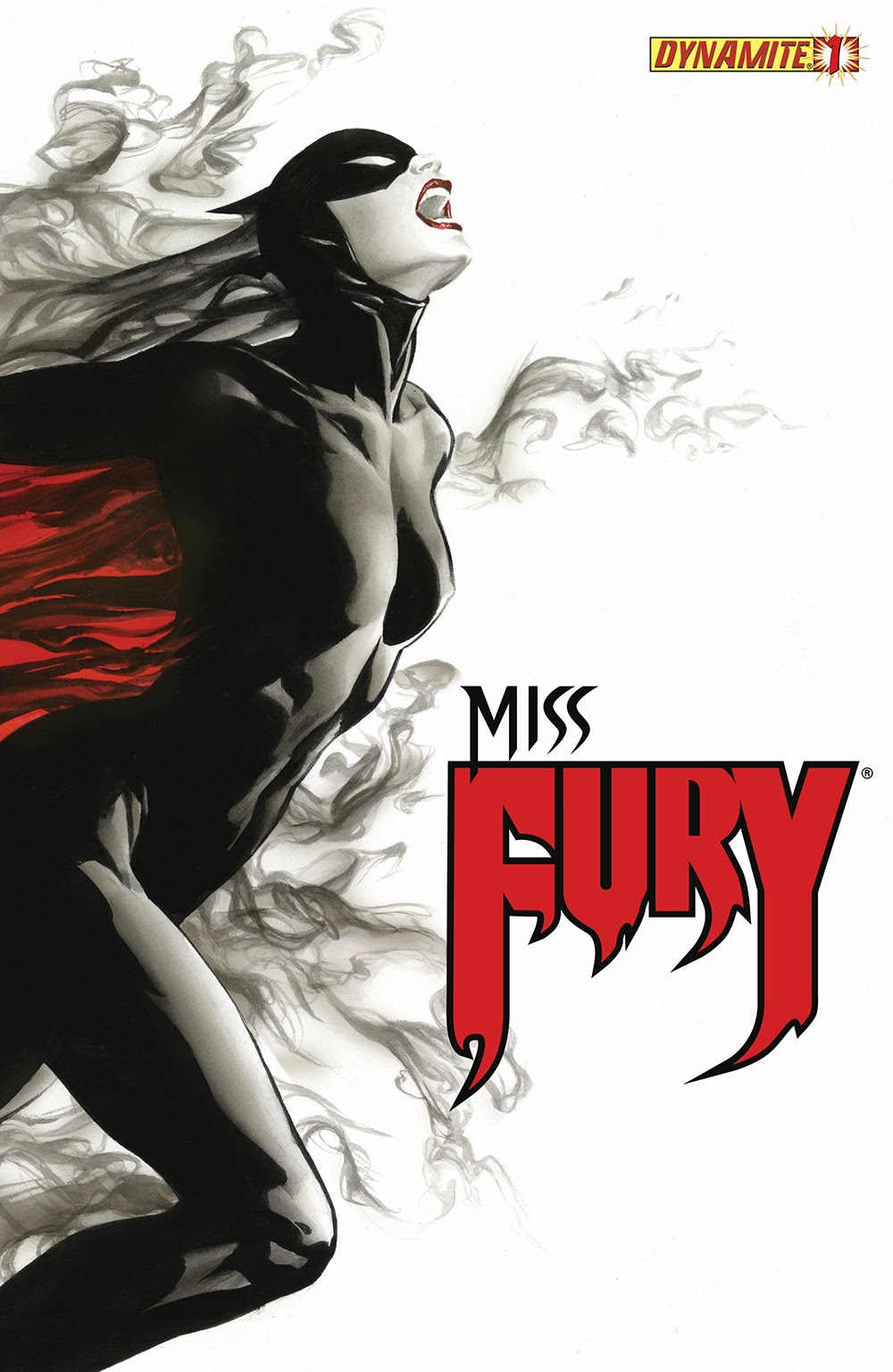 Vol 1: April 2013
THE PULP HEROINE RETURNS! When Miss Fury foils a wartime plot by Nazi secret agents, she is catapulted through time… or so it seems. Is she really careening from past to future and back, or has she lost her mind? And if her sanity remains intact, can one lone heroine possibly hope to end World War II by herself, a conflict still waged into the year 2013? As witness to generations of bloodshed and violence, Miss Fury has lots of righteous rage… and anger is her fearsome power!
Vol 2: April 2016
The Golden Age heroine returns! New York during the second World War is a place of mystery and intrigue, but with all our boys fighting in Europe, who will stand up to the forces of darkness at home? Miss Fury is ready to step into the breach, but even she doesn’t understand the shadow she carries within herself. Is it a force of good or of evil? And can she learn to control it in time to stop the deadly attack that threatens to destroy the Big Apple?