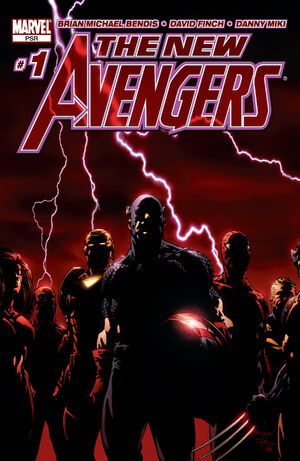 Vol 1: January 2005 – June 2010
It was the worst day in Avengers history. The Scarlet Witch suffered a total nervous breakdown after losing control of her reality-altering powers. In the chaos created around the breakdown, beloved Avengers Hawkeye, Ant-Man and the Vision lost their lives. Many of the other Avengers were hurt, both emotionally and physically. Without funding to keep going, the rest of the team quietly disbanded. Now, the Avengers must face an enemy that even they may not be able to defeat!
Vol 2: August 2010 – January 2013
Find out who the New Avengers are, where they call home (gotta see it to believe it!), which Dark Avenger has joined their ranks, and just who the interdimensional demonic threat to our existence is! These heroes have gathered to take on the threats too dark, too dangerous, and too bizarre for any other team of heroes. The New Avengers are back!! And Bendis & Immonen are back with the Siege & Secret Invasion colorista Laura Martin!! You didn’t really think Marvel was going to cancel their number one ongoing title did you? Heck no!! Backup feature: Another brand new oral history of the Avengers chapter by Bendis!
Vol 3: March 2013 – June 2015
To prevent the collision of our universe with another, the Illuminati, led by the Black Panther, must assemble NOW! It’s the most powerful and brilliant team in the Marvel Universe–The Black Panther, Iron Man, Doctor Strange, Black Bolt, Mister Fantastic, Namor the Sub-Mariner and The Beast–against an infinite legion of parallel realities.
Vol 4: December 2015
EVERYTHING IS NEW. In the wake of SECRET WARS, the old order changeth – and Bobby DaCosta, Sunspot, is just the man to changeth it. Welcome to AVENGERS IDEA MECHANICS – a super-scientific global rescue squad of tomorrow’s heroes… today! America doesn’t want them! S.H.I.E.L.D. doesn’t know what to do with them! But Earth might not survive without… the NEW AVENGERS