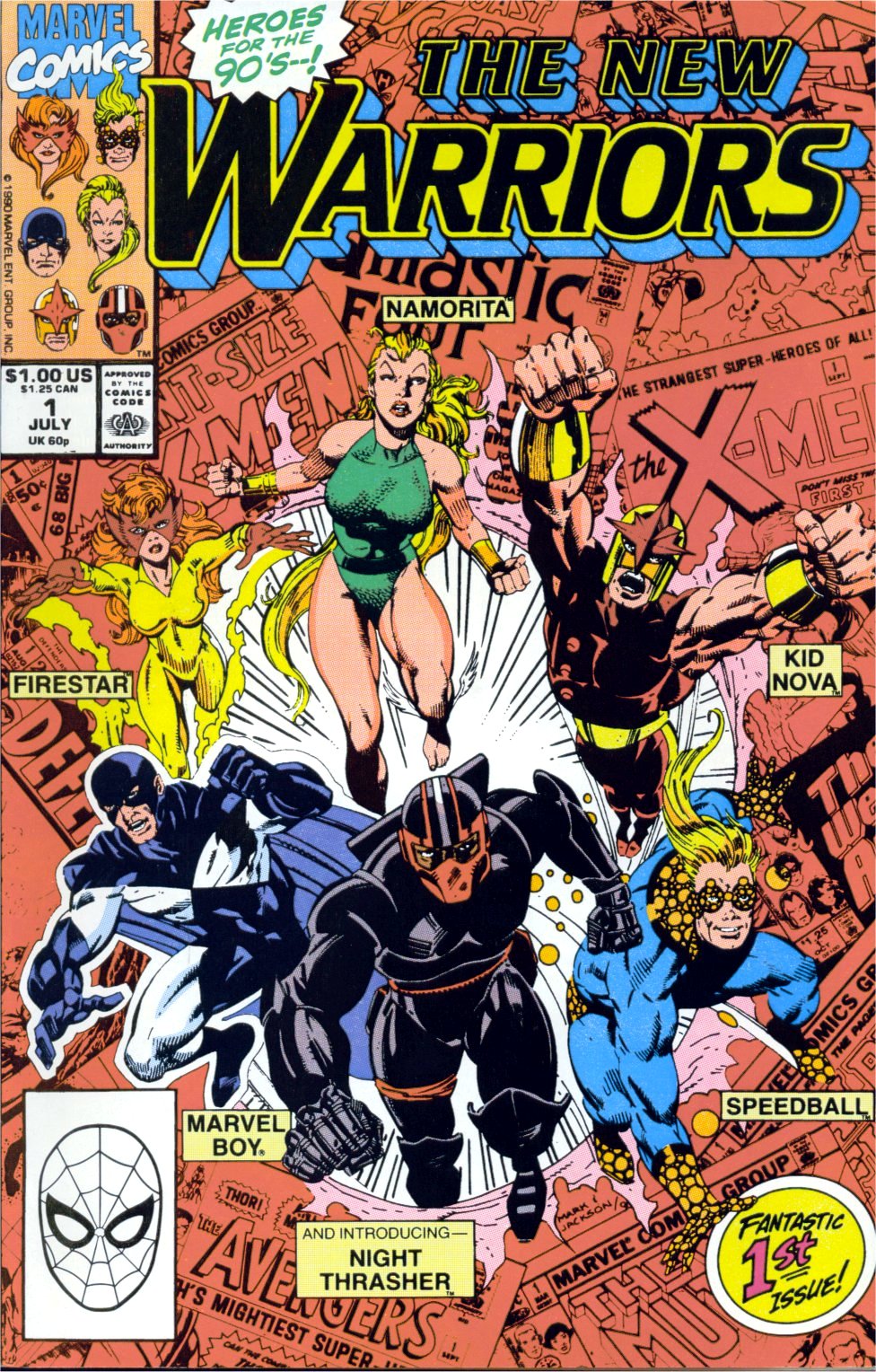 Vol 1: July 1990 – September 1996
Six teenage super heros team up to fight Terrax in a local park, and end up forming the super team known as the New-Warriors.
Vol 2: October 1999 – July 2000
The New Warriors return in this second ongoing series. It lasted only for 10 issues, with one special “Wizard issue 0”. The team however remained together and had many guest-appearances in that time.
Vol 3: August 2005 – February 2006
The New Warriors get their own reality show and take on Tiger Shark, the Armadillo, the Super-Apes, the Controller, the Mad Thinker’s Intellectual Robots and more and unknowingly set the stage for the superhuman Civil War!
Vol 4: June 2007 – March 2009
Someone is gift-wrapping super-villains for the police. Someone is defacing Superhuman Registration posters. Someone is raising eyebrows all around town from City Hall to Tony Stark’s war chamber and the only clue to their identity? Two spray-painted letters: N.W.
Vol 5: April 2014 – January 2015
WARRIORS REBORN! Adventurers SPEEDBALL and JUSTICE have come together with a group of young heroes including NOVA, SUN GIRL, and HUMMINGBIRD (and even a couple of new faces) to stop the latest threat to the Marvel Universe—the Atlanteans, Inhumans, clones and hundreds of other so-called “superior” beings are living among the humans of the Marvel Universe, but not everyone is pleased about it. THE HIGH EVOLUTIONARY has raised an army to combat the evolution of humanity – and the New Warriors are locked in his sights!