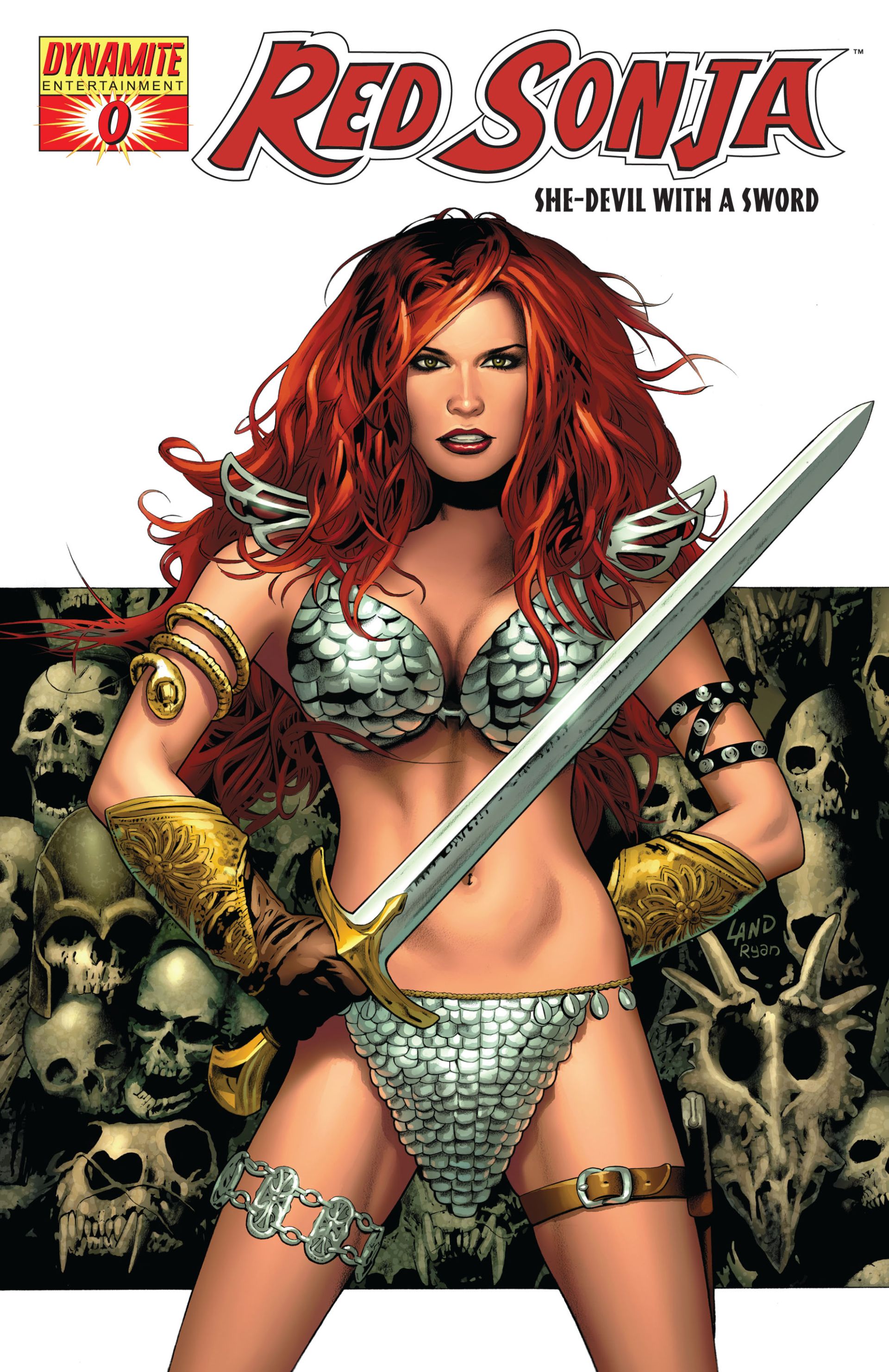 Vol 1: April 2005 – August 2013
She lived in a savage world in an uncivilized age – a world ruled by men and governed by the sword. They called her Red Sonja – for her flame-red hair and for the smoldering fire of her pride which gave her sword-arm a strength that few men could match and none had ever defeated. Vol 2: Jul 2013 – Sep 2015
THIS IS IT. Red Sonja gets a fresh new attitude by the dream team of writer GAIL SIMONE (Batgirl, Birds of Prey) and artist WALTER GEOVANI (Prophecy, Witchblade), on the book they were born to create. Sonja pays back a blood debt owed to the one man who has gained her respect, even if it means leading a doomed army to their certain deaths!
This thrilling new series features covers by the top female artists in the industry, including Nicola Scott, Colleen Doran, Jenny Frison, Fiona Staples, Amanda Conner and more. You do NOT want to miss this re-introduction the She-devil with a Sword! Vol 3: January 2016
Through the plains of Hyrkania, a message sweeps through the scattered peoples of the nation. Bells ring, horns blow, voices shout – the King is dying! Red Sonja rides to save the King from his doom as the powers of Hyboria crowd around to strike when the kingdom is weakest. But a dread new power rises from within Hyrkania’s own borders, bent on defending its homeland – no matter the cost, no matter what its people become. A defining chapter of the Red Sonja saga – dark, clever, vicious, and funny – as the She-Devil with a Sword must stop the rise of a brutal new regime… her own people! Vol 4: December 14 2016
The barbarian She-Devil with a Sword faces a whole different world and challenges in this new adventure written by Amy Chu and drawn by Carlos Gomez. Somewhere deep underground, strange and powerful demons clad in metal armor attack and roust Red Sonja from a deep magical sleep. Confused and weaponless, she must find a way to defeat these mysterious creatures, escape from her solitary prison, and make her way to the surface to discover where she is, and why she was put there… Vol 5: February 6 2019
No man knows the place of her birth, nor where she learned to wield a sword to shame many a male. They know only that she is called The She-Devil of The Hyrkanian Steppes. That, and RED SONJA. MARK RUSSELL (The Flintstones) and MIRKO COLAK (Conan) bring a savage tale of metal and blood. A world conqueror possesses a massive army and a fatal prophecy. A bastard sorceress craves revenge. And a fearsome red-haired warrior is made wartime ruler of a homeland set for decimation. Vol 6: September 1 2021
MOTHER, PART ONE. Industry icon MIRKA ANDOLFO presents an all-new vision for the She-Devil With A Sword, in a thrilling new ongoing series! Our story begins in a village on fire, set by members of the dreaded Three-Eyed Shezem. When Red Sonja arrives, the only survivor of the flame is a lively child with curious white tattoos. The child will become Sonja’s travel companion, on a journey from hardened ice to imposing forests, where dangerous secrets wait to be revealed…