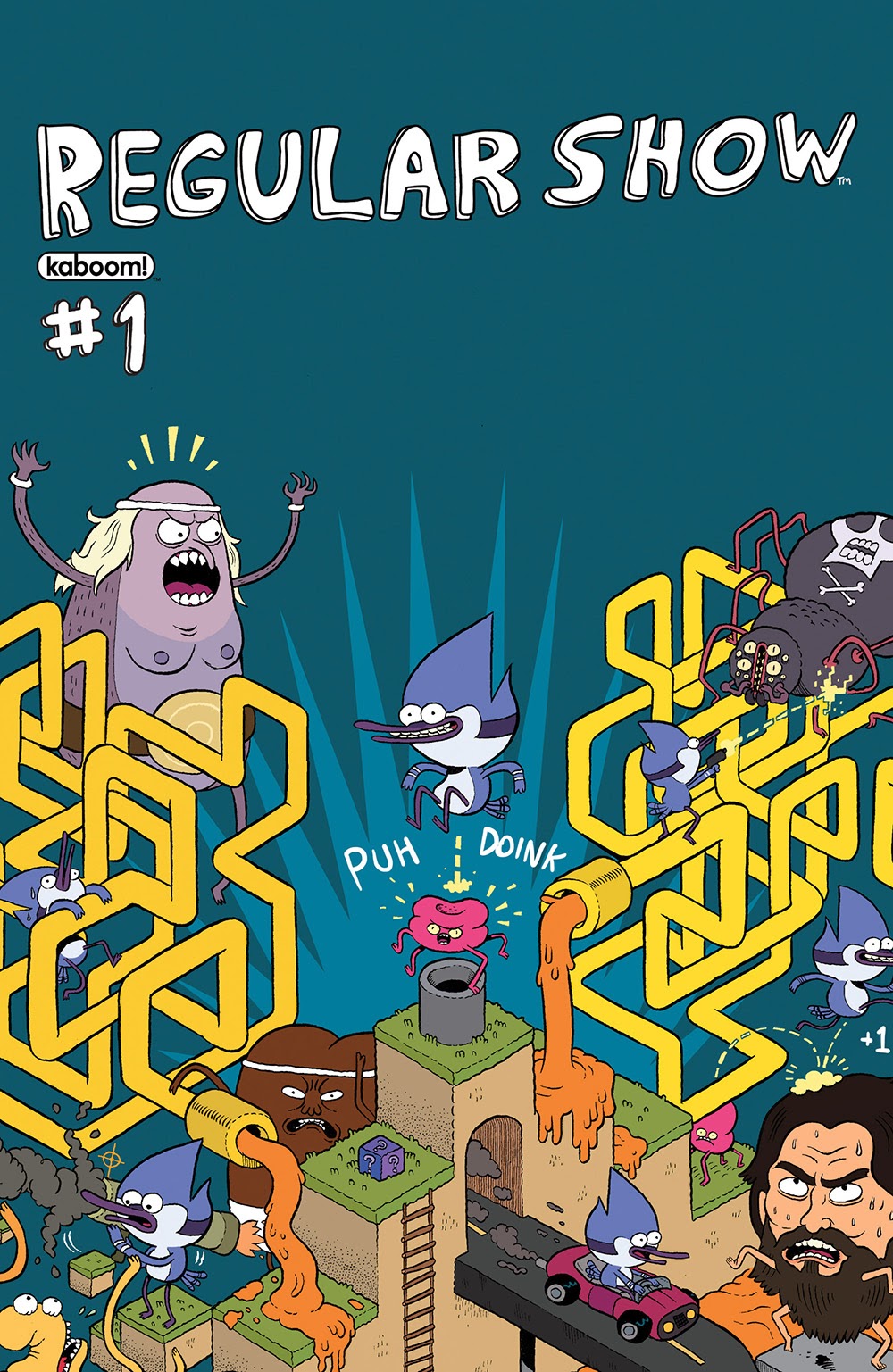 Vol 1: April 2013
Cartoon Network’s powerhouse series now has its own comic book series! Hot on the heels of the smash hit adaptation, ADVENTURE TIME, KaBOOM! unveils the next all-ages comic phenomenon!
Join Mordecai the Bluejay and Rigby the Raccoon, a couple of best bros in their twenties just tryin’ to chill for a bit, man. But when you’re livin’ in as crazy a world as they are, no day can be called. . . regular!