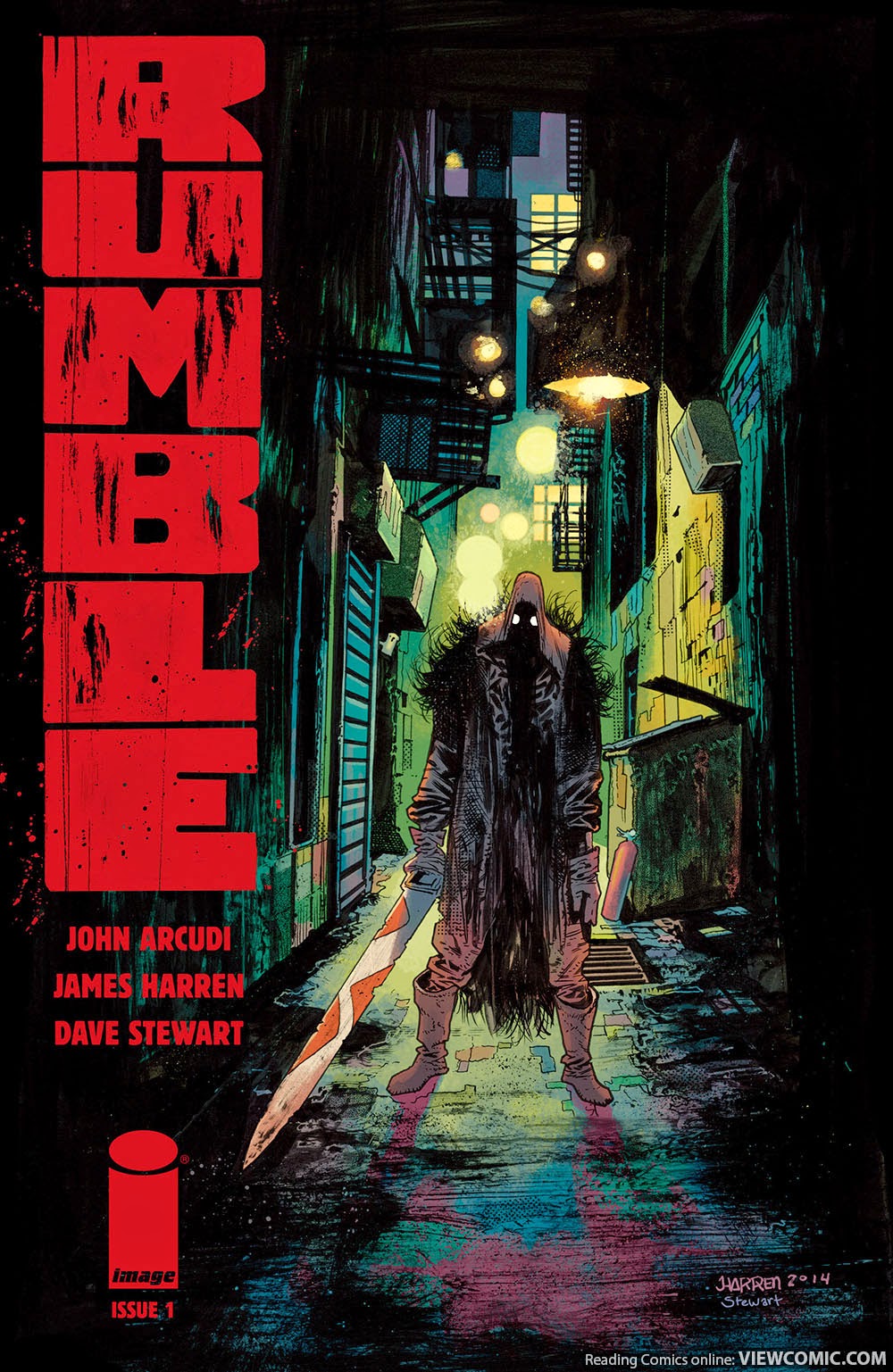 Vol 1: December 2014
Okay, so a scarecrow walks into a bar…and proceeds to wreak havoc across two worlds! After a long absence, Rathraq, Scarecrow Warrior God, is back-and very unhappy. Bad news for his old enemies, yes, but worse news for everybody else! JOHN ARCUDI and JAMES HARREN bring you a modern day action/adventure fantasy thriller where rundown dive bars, undead kitty cats, psycho skinheads, and giant mummies all play a part. It’s Louis C.K. meets Robert E. Howard in a David Fincher universe.
Vol 2: December 2017
SOUL WITHOUT PITY,” Part One Rathraq is back! But who is he, exactly? Once an ancient warrior god, he was resurrected as a sword-wielding scarecrow. And now, Rathraq has transformed yet again—or has he? JOHN ARCUDI and new artist, superstar DAVID RUBÍN, give you the new face of Rathraq and a new direction for the series when the critically acclaimed RUMBLE returns!