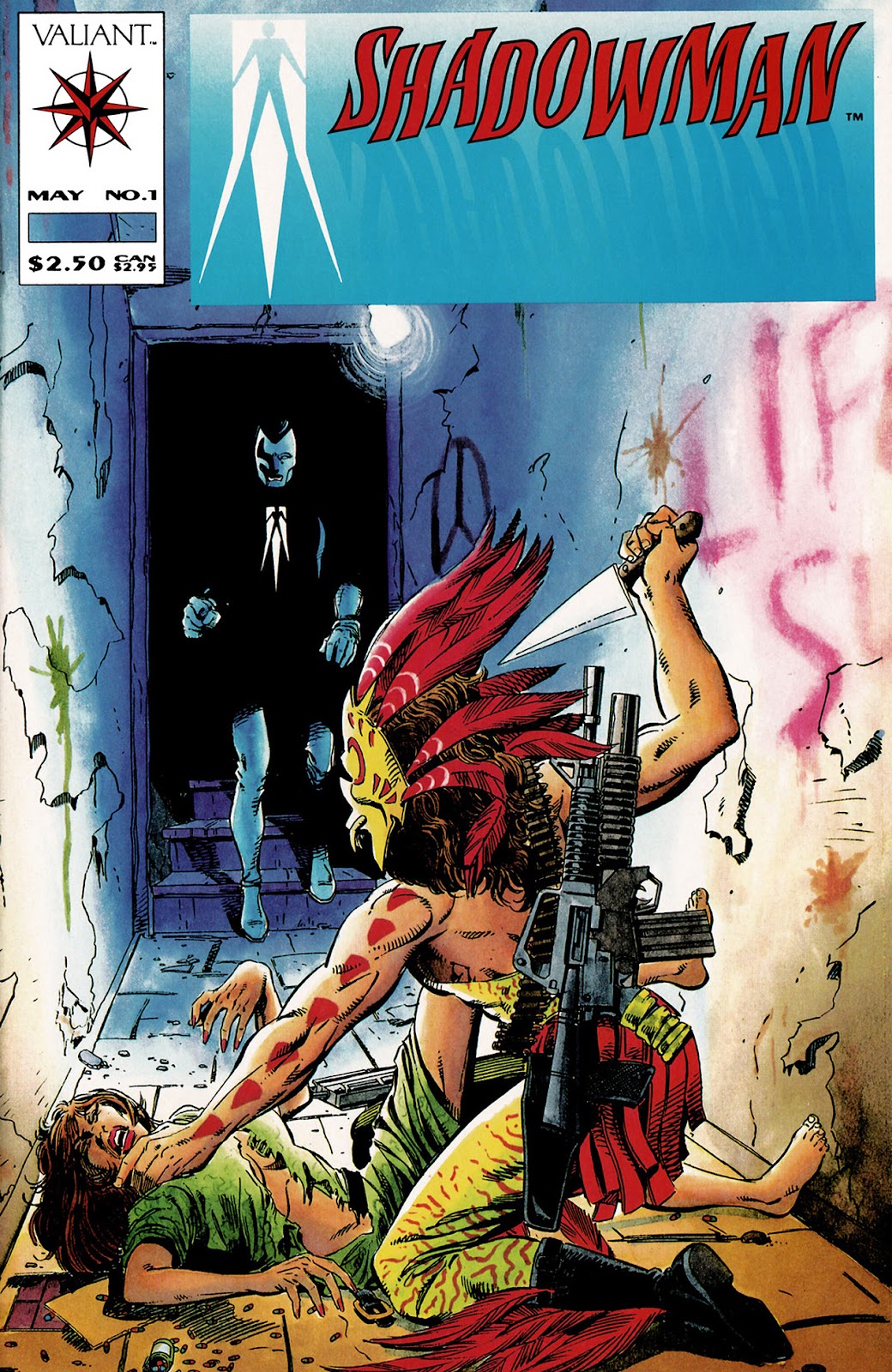 Vol 1: May 1992 – December 1995
Night after night, Jack Boniface puts his heart and soul into his music, and, night after night, the people of the French Quarter come out to watch him play. But after one of the evening’s deadlier dwellers attacks him and leaves him for dead, Jack discovers a strange compulsion to put on a mask and take the streets as Shadowman!
Vol 2: March 1997 – June 1999
The Shadowman carries the responsibility and duty of protecting the living world from the dark parallel world of the Deadside. Jack Boniface has carried that burden, but now he is gone, murdered by the demented Tommy Lee Bones and his Dead Men who have slipped through from the Deadside to New Orleans. To stop them someone else must take up the mantle of Shadowman and send them back. Nettie, a voodoo priestess, and her Deadside spy Jaunty believe that person may be Zero, a contract killer with a mysterious past.
Vol 3: July 1999 – December 1999
On the borderlands of life and death, Shadowman – the voodoo guardian of the barriers between the worlds – continues his deadly struggle to protect Earth from the evil denizens of Deadside. MIchael Leroi, D.J. and mystical voodoo warrior is given this almost impossible task.
Vol 4: November 2012
The next epic expansion of the Valiant Universe starts this November in a new ongoing series by comics superstar Patrick Zircher (Captain America, Thor: Ages of Thunder) and Harvey Award nominee Justin Jordan (The Strange Talent of Luther Strode, Team 7)! There’s a million dreams in the Big Easy. But now its worst nightmare is about to come true. As the forces of darkness prepare to claim New Orleans as their own, Jack Boniface must embrace the legacy he was born to uphold. As Shadowman, Jack is about to become to only thing that stands between his city and an army of unspeakable monstrosities from beyond the night. But is the mantle of Shadowman a blessing or a curse? And what is the true cost of his otherworldly power? The rebirth of a Valiant icon starts right here, when Shadowman strikes this November!
Vol 5: March 2018
DON’T FEAR YOUR DEMONS… FIGHT THEM! Orphaned at birth and raised on the margins of society, Jack Boniface never knew his place in the world. Until he discovered it waiting for him… in a darkness far older than the reign of men… Unbeknownst to him, Jack was fated to become the next in a long lineage of Shadowmen – mortals bound to violent voodoo spirits of immense power – that could safeguard our world against incursions from realms beyond. For years, he struggled to control the loa’s murderous urges – a battle he eventually lost. But now, after years of self-imposed exile, the man once known as Shadowman is returning home to sharpen the weapon within…and unleash a reckoning on the evils of our world that will soon send shockwaves through heaven and hell alike… In the epic tradition of X-O MANOWAR and BLOODSHOT REBORN, Shadowman storms to the forefront of the Valiant Universe – more powerful, more terrifying, and more relentless than ever before – in an adrenaline-fueled ongoing series from superstar writer Andy Diggle (Green Arrow: Year One, The Losers) and high-octane artist Stephen Segovia (Action Comics)!
Vol 6: April 28 2021
A brand-new horror series!
From the New York Times bestselling master of horror Cullen Bunn (Venom) and bone-chilling artist Jon Davis-Hunt (Clean Room) comes a shocking supernatural odyssey.
The forces of darkness are awakening and they are hungry for life. Will Jack Boniface, feared by the forces of evil as the protector Shadowman, be able to save us all?