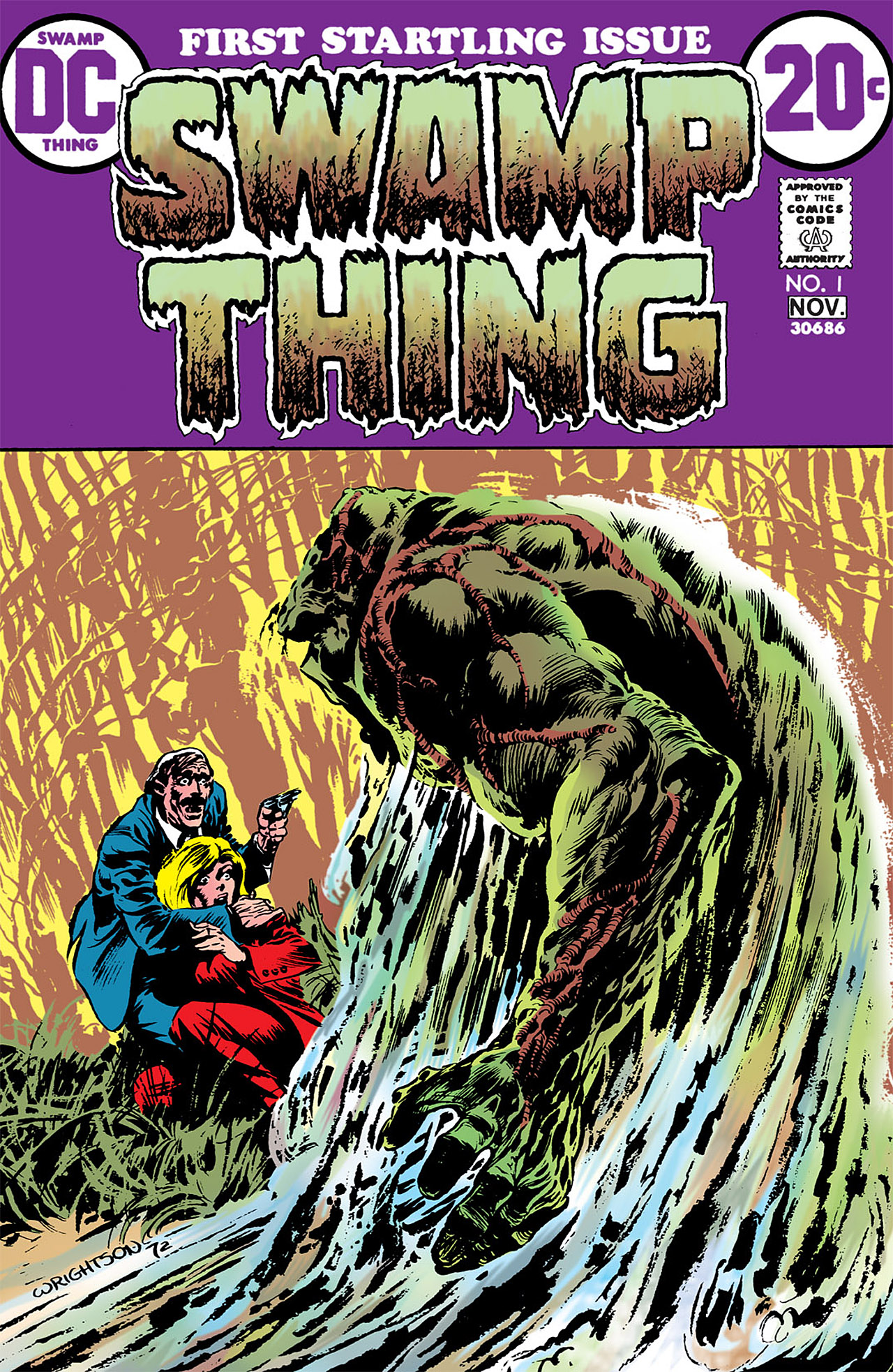 Vol 1: Oct/Nov 1972 – September 1976
Alec and Linda Holland are husband and wife scientists taken to the Bayou by government agent Matthew Cable so they can work in secret on their bio-restorative research. It’s not long though before a man called Ferrett arrives at the isolated house.He attempts to acquire the Hollands research on behalf of an organization known as The Conclave. Alec refuses and Ferrett and his henchmen leave.
Vol 2: January 1982 – October 1996
Swamp Thing follows John Constantine to South America to see “The Parliament of Trees.” Learning that he is not a unique being after all, Swamp Thing attempts to make sense of their wisdom, while a sleazy photographer hopes to make a fast buck with some sleazy pictures of Abigail Arcane with Swamp Thing.
Vol 3: May 2000 – December 2001
Tefe Holland, daughter of comics’ original Swamp Thing, takes center stage in a new ongoing series showcasing this very different inheritor to one of comics’ best-loved horror legacies.
Vol 4: May 2004 – September 2006
The original Swamp Thing is back…and nothing will ever be the same. Andy Diggle and Enriqué Breccia join forces to bring new life to the swamp, as its defender is reintroduced to VERTIGO in an all-new ongoing series. Stripped of Alec Holland’s human conscience, the Swamp Thing seeks to restore balance to the natural world by destroying his own daughter, Tefé, herself a powerful Elemental, and his loving wife, Abby. Can HELLBLAZER’s John Constantine prevent humanity from getting caught in the crossfire?
Vol 5: November 2011 – May 2015
Here we find a small girl walking through a blizzard in Manitoba, Canada in 1897. She is searching for the “Green Man” to bring back the spring. She passes out just as that generations Swamp Thing appears. He carries her to his home where he nurtures her back to health. She tells him that the cold is killing everyone in town, and he consoles her by telling her to be patient, that soon he will bring about a great spring. She responds by telling him she doesn’t want the cold to end.
Vol 6: March 2016
Swamp Thing returns in an all-new series written by his co-creator, legendary writer Len Wein! Swamp Thing has received an ominous warning, and now he finds himself under attack from the forces of dark magic. These are more than just your average monsters-and there’s something much worse looming on the horizon for Alec Holland!
Vol 7: March 2 2021
Swamp Thing returns in a new 10-issue series that stars Levi Kamei as the next Guardian of the Green. Unable to control his transformation into the monstrous Swamp Thing, Levi is thrust into the harsh, unforgiving mystery of grisly murders committed by a supernatural desert legend. Levi must revisit past events in his homeland of India and face the deadly reality of a ravenous new villain in order to comprehend what he is truly, and horrifyingly, becoming. A new era of global action and horror blossoms here, and Swamp Thing will be at the root of it!