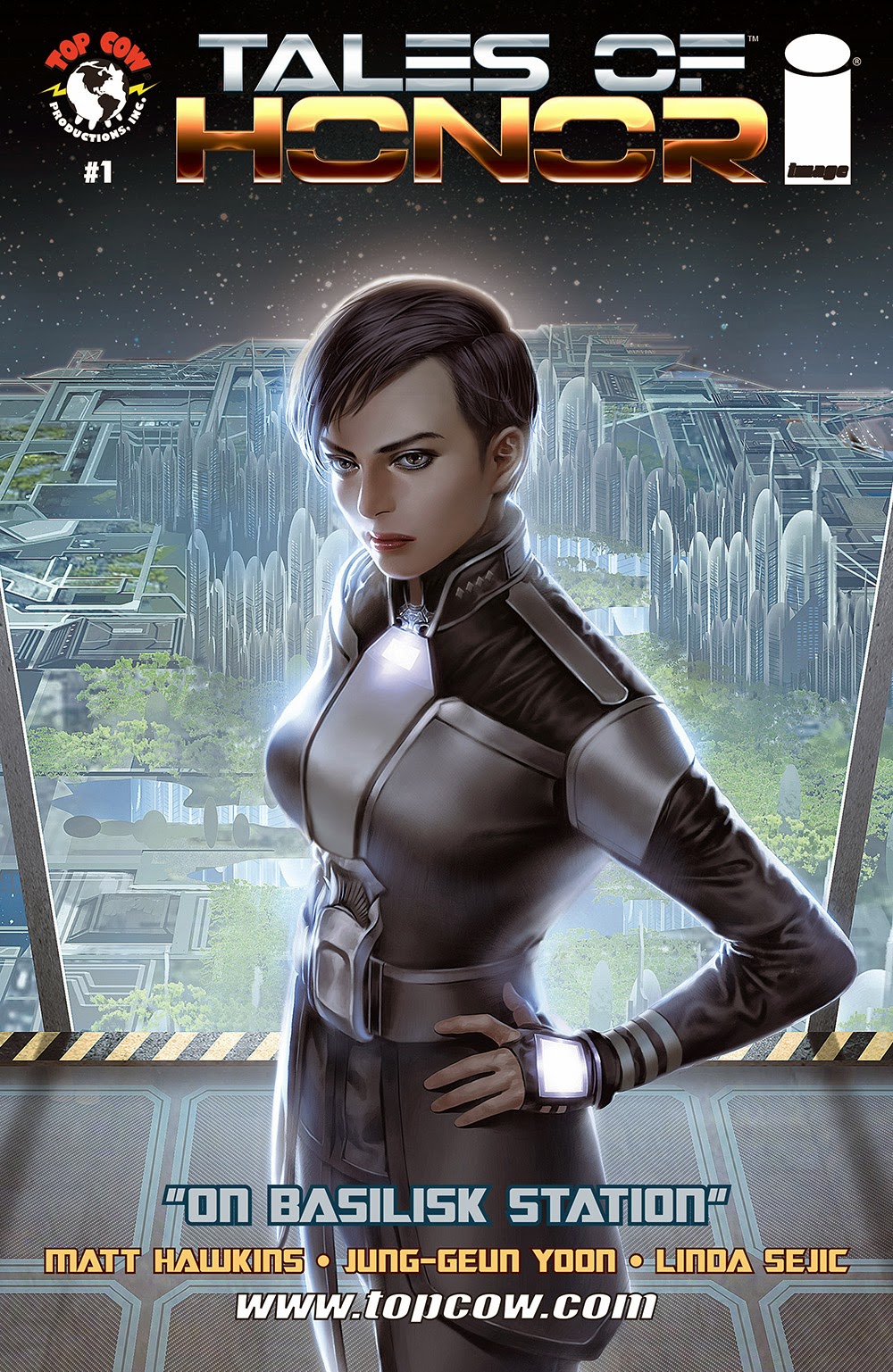 Vol 1: March 2014 – October 2014
Based on the bestselling military science-fiction novels by David Weber, this original comic book series introduces spaceship captain Honor Harrington on the eve of her execution. From prison, Honor relays her epic adventures, starting with a command outpost to a hellish backwater star system that ends up being the linchpin of an interstellar crisis that will bring war to her home planet. This series is part of a new multi-platform story world that includes a mobile game app to be released with the first issue and a feature film currently in development.
Vol 2: May 2015
From the best-selling science fiction novels by David Weber comes the first-ever original comic story arc set in the Honorverse! Captain Honor Harrington and her alien tree cat Nimitz investigate her uncle’s disappearance and are forced to fight for their lives in a Solarian space casino battle arena. Honor may be genetically enhanced, but when she’s up against a super race bent on protecting their profitable slave business all bets are off.