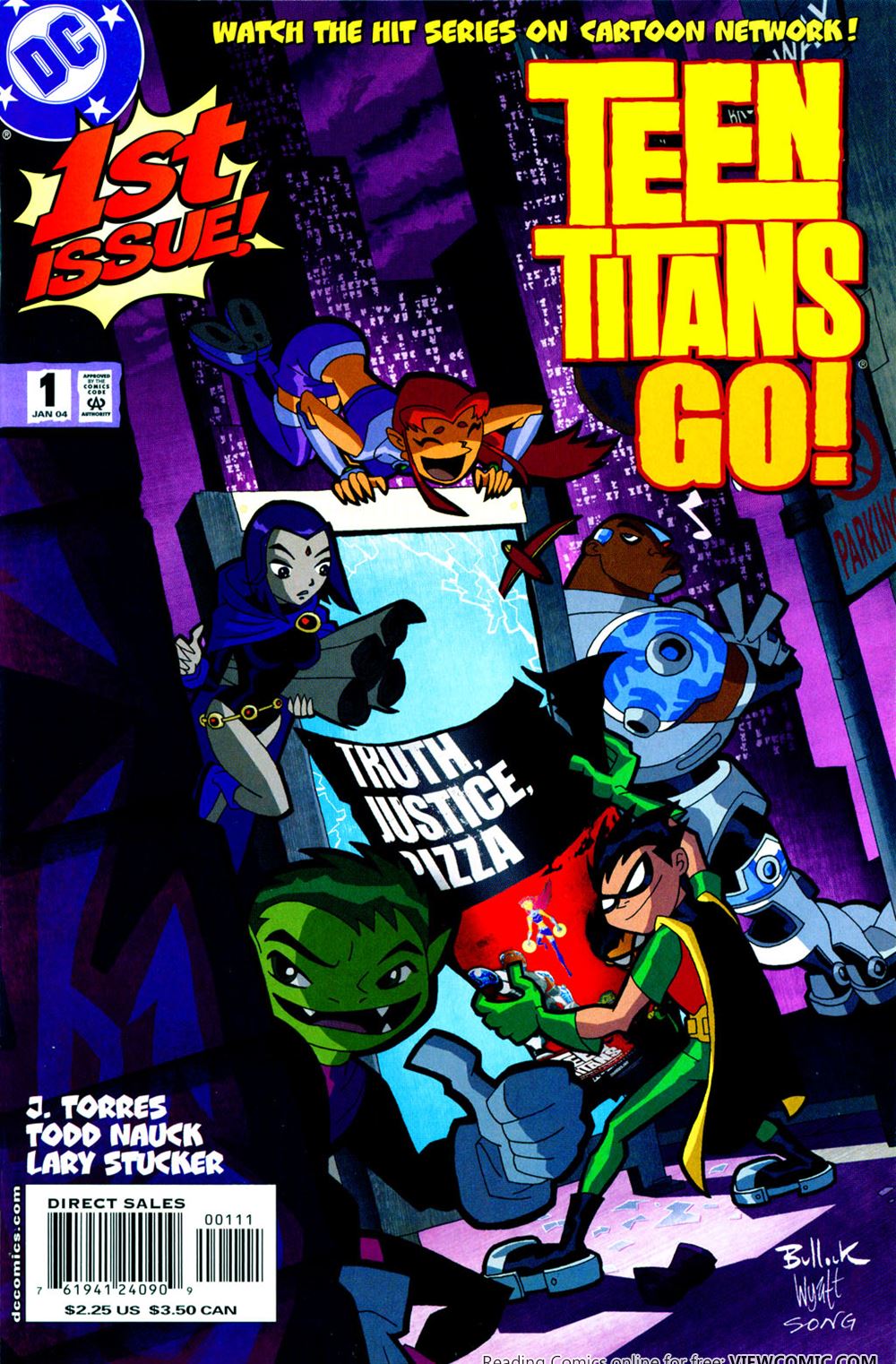 Vol 1: November 2003 – July 2008
Slade Wilson and the H.I.V.E. decide to set a group of villains against the Teen Titans. The villains of choice are Gizmo, Jynx and Mammoth. Slade has them battle inside a virtual reality simulator against digital versions of the Teen Titans in the hopes of preparing them for the real thing. Meanwhile the real Teen Titans spend the day in Titans Tower arguing over how to play the video game known as Super Ninja Fury.
Vol 2: November 2013
Someone’s been eating Cyborg’s sandwiches! But who? One of the other Teen Titans? Or something more…SINISTER? Cyborg and his stomach want answers! NOW!