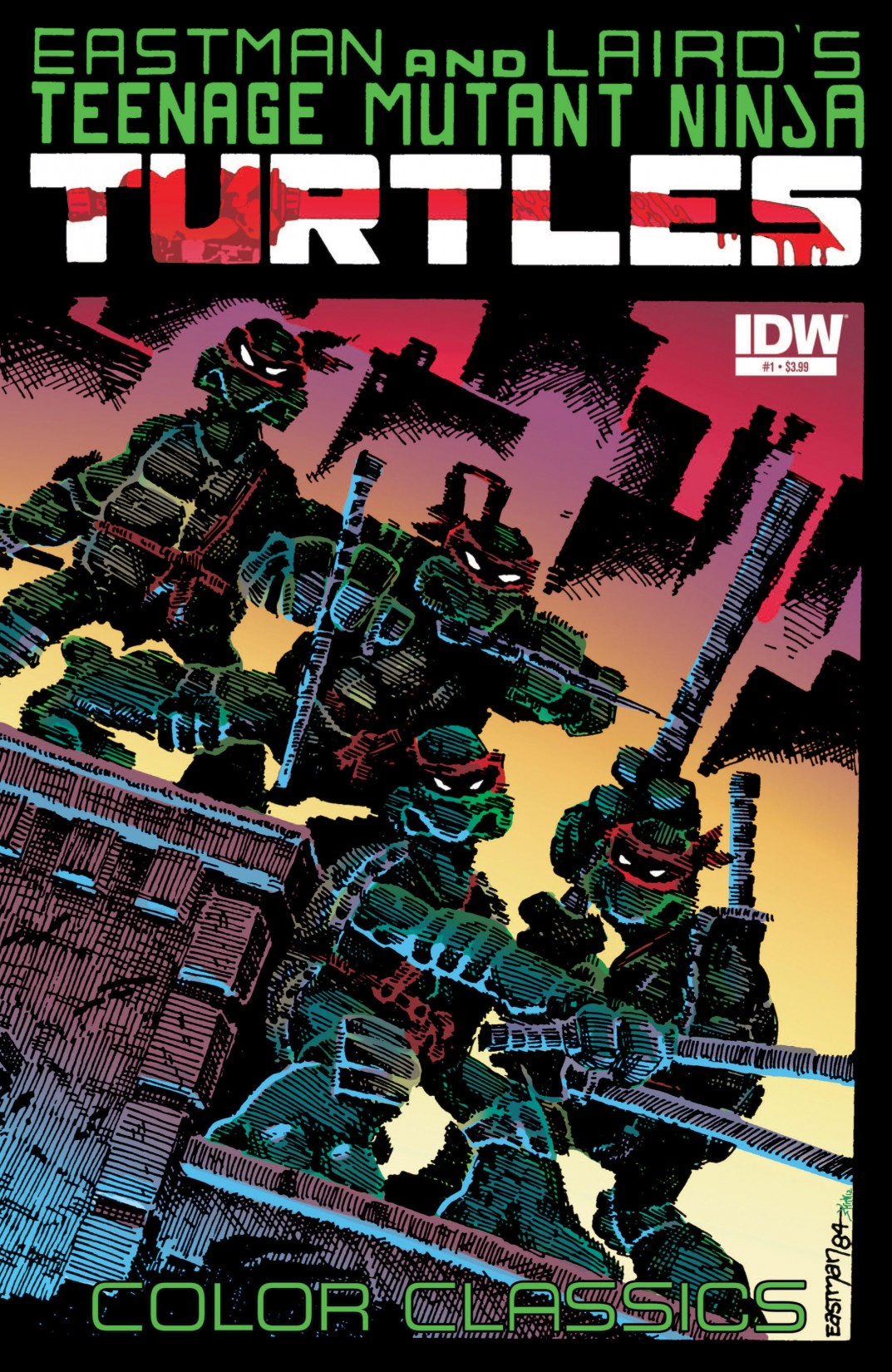 Vol 1: May 2012 – June 2013
Relive the exciting origins of TMNT, this time in all-new full-color comics! This is where world-wide Turtle mania started! Detailing the entire origin of the Turtles and their first fateful encounter with the Foot Clan and the Shredder! This is your chance to get in on the ground floor of the entire Mirage Studios experience, with the most successful independent comic of all time. Don’t miss it!
Vol 2: November 2013 – May 2014
Revisit this TMNT Mirage classic in full glorious color! A fun-filled and relaxing picnic turns into action-filled drama for our heroes as they suddenly find themselves thrust into battle against militant survivalists, all the while racing to disarm a nuclear bomb that’s primed to start World War Three!
Vol 3: January 2015 – March 2016
The TMNT Color Classics line kicks off a new volume, re-presenting in the classic Mirage storylines in all-new full color! In “Shades of Gray, Part One,” Casey Jones accidentally kills someone in self-defense, drawing the attention of the mysterious vigilante called Nobody. Will the TMNT be able to protect their friend from Nobody’s vicious street justice? Originally printed in black and white as TMNT v1 #48.