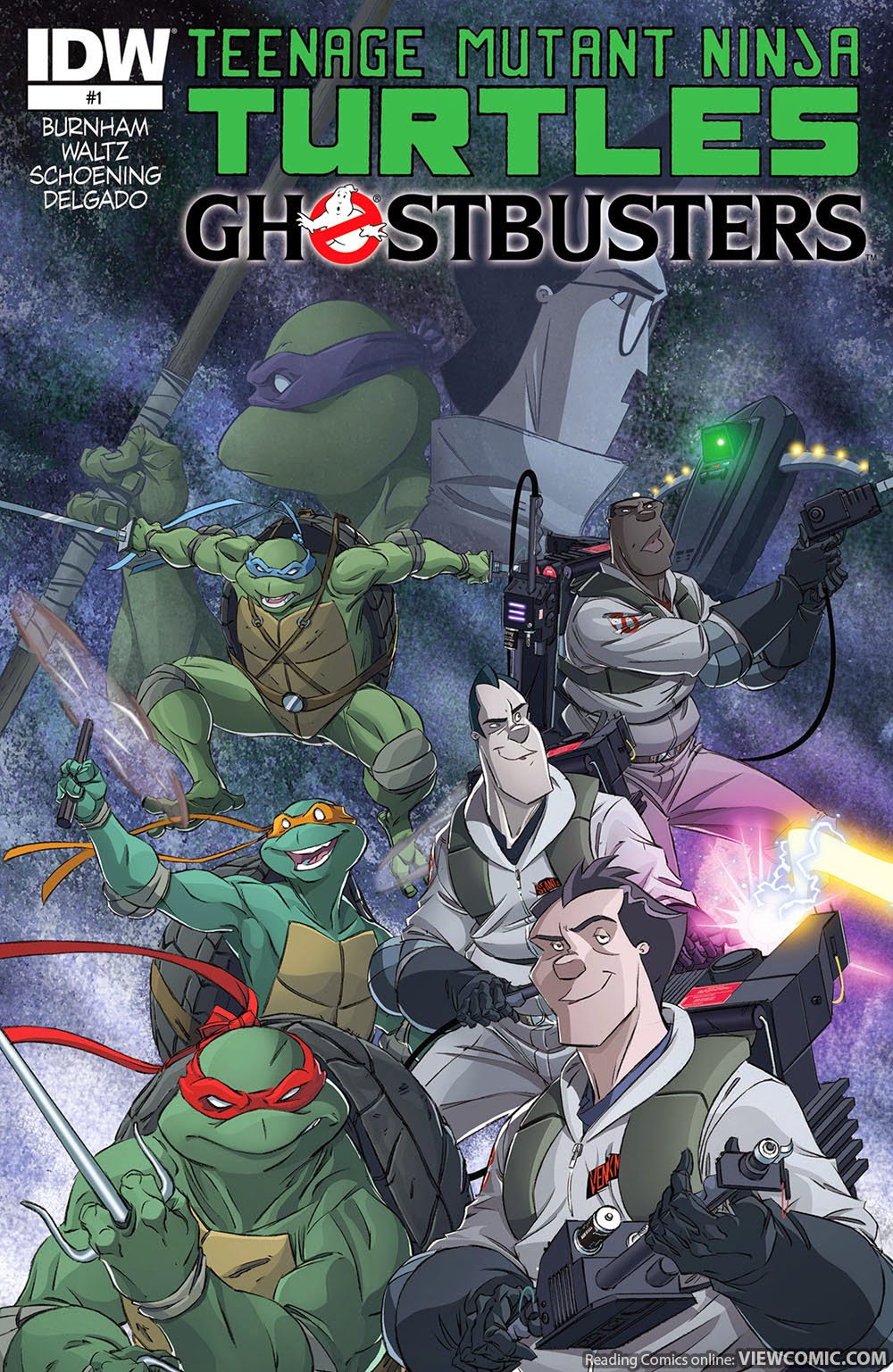 Vol 1: October 2014 – January 2015
When a new invention goes haywire, the Turtles are sent to a whole new type of New York City. One with a whole lot more ghosts… and Ghostbusters! The two teams will have to learn to get along quickly, because a new foe from the Turtles past has followed them and aims to conquer NYC!
Vol 2: November 2017
He two beloved franchises reunite for a new adventure more action-packed and hilarious than ever! The Turtles are stuck in a ghost dimension by an old adversary and only the Ghostbusters can save them. The ensuing adventure will be an inter-dimensional romp like never seen before!