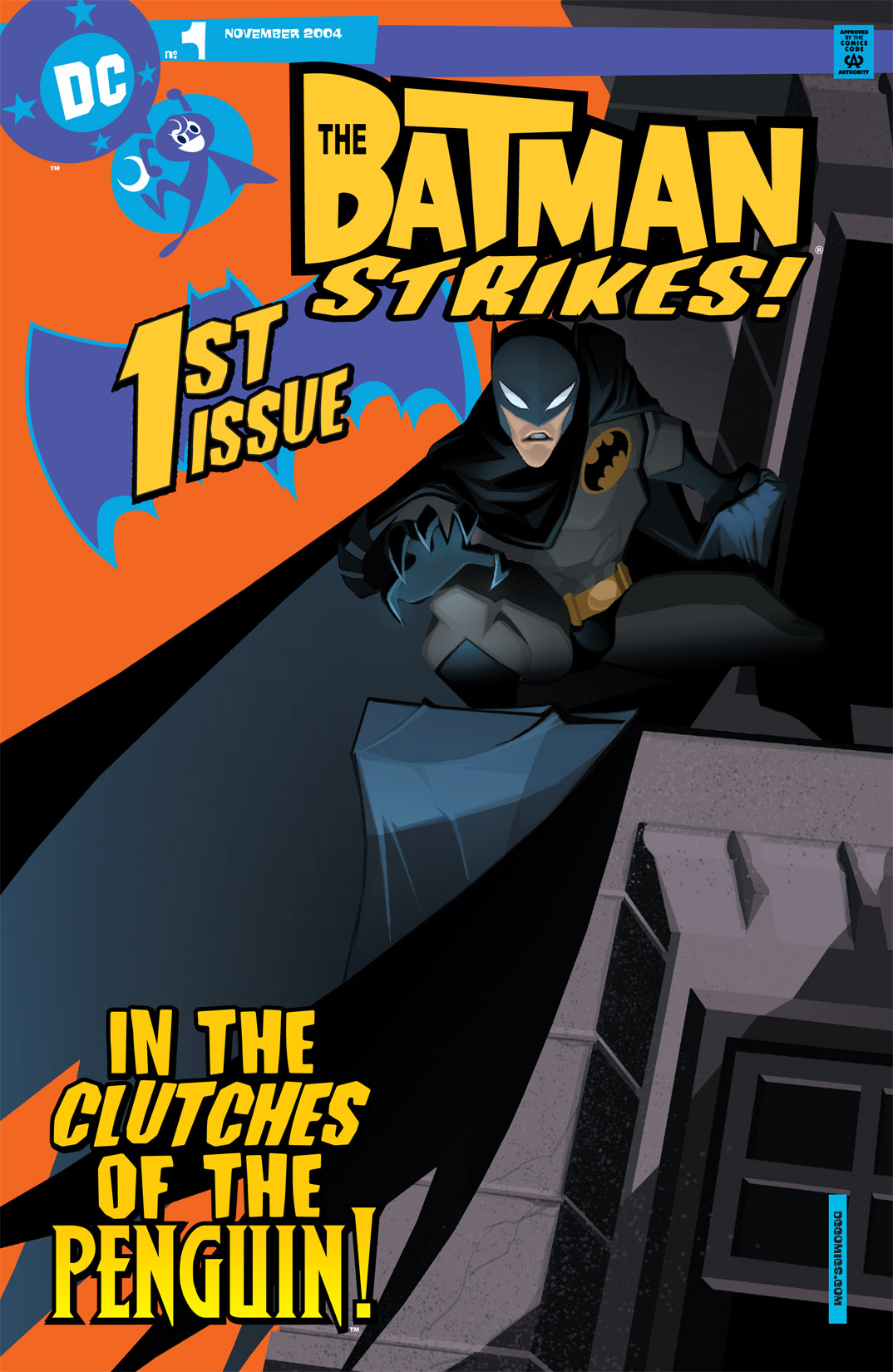 Vol 1: September 2004 – December 2008
Christopher Jones & Terry Beatt bring the stunning action of Cartoon Network’s The Batman! It’s a time of challenge for young Bruce Wayne, heir and CEO of Wayne Industries by day, caped vigilante by night. The Batman has patrolled Gotham’s streets for three years, and, though he’s still an urban legend to most citizens, he’s made a dent in crime. But now Gotham’s attracted a new class of villains like the Joker, Penguin, Man-Bat, Bane and Catwoman. And a young detective of the Gotham P.D. is determined to restore the force’s reputation and unmask the vigilante! In this debut issue, when the vengeful Penguin pulls a heist that could reveal Wayne’s secret and destroy vast portions of the city, the Batman will have to use every resource at his disposal!