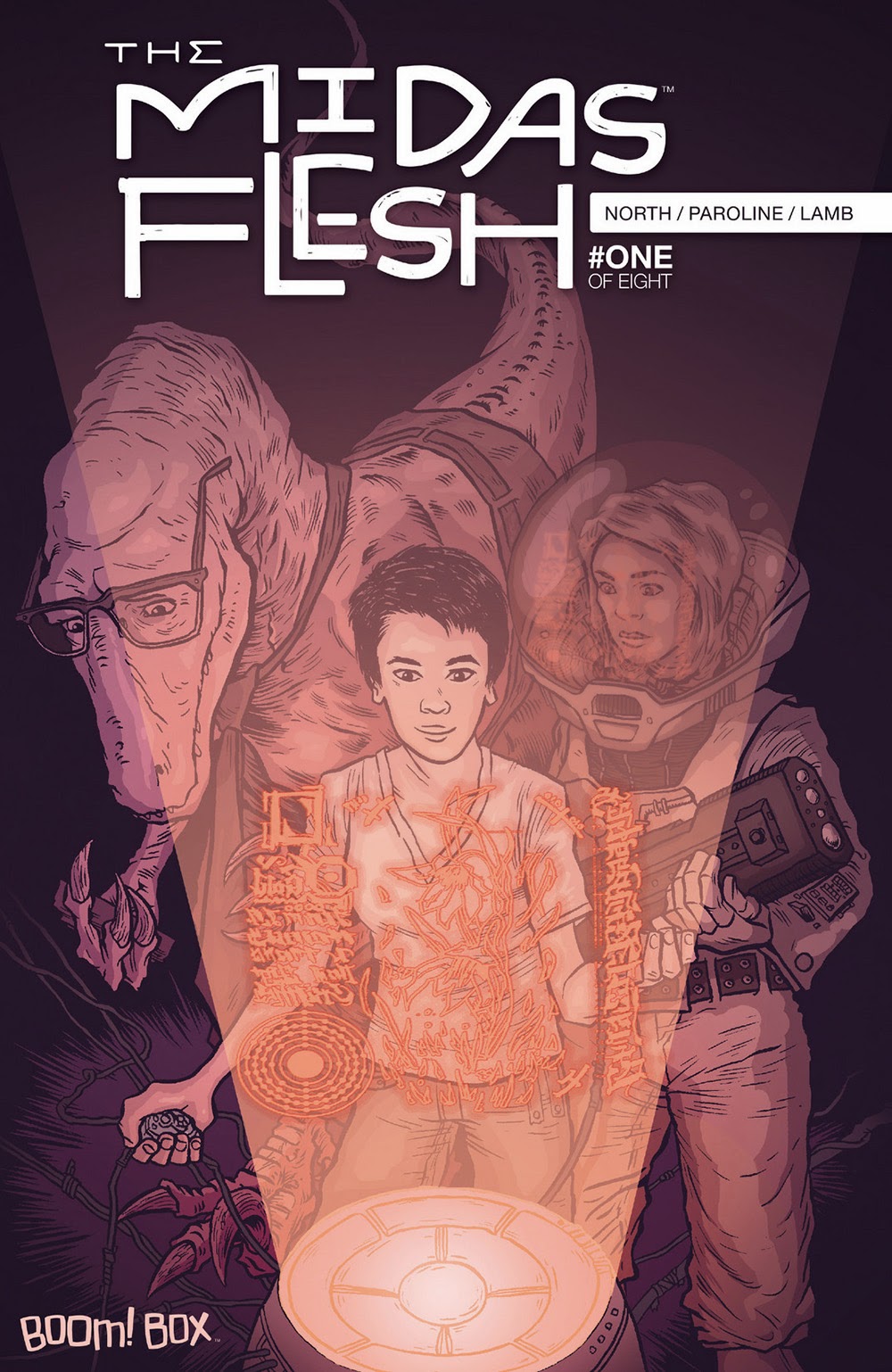 Vol 1: December 2013 – July 2014
Fatima and her space crew have decided to return to Earth-a planet completely sectioned off, abandoned, and covered in gold-to find out exactly what happened to this once thriving planet and see if they can use that knowledge against the evil empire that’s tracking them down. As luck would have it, they just landed the most powerful weapon in the universe: some ancient dead guy’s body.