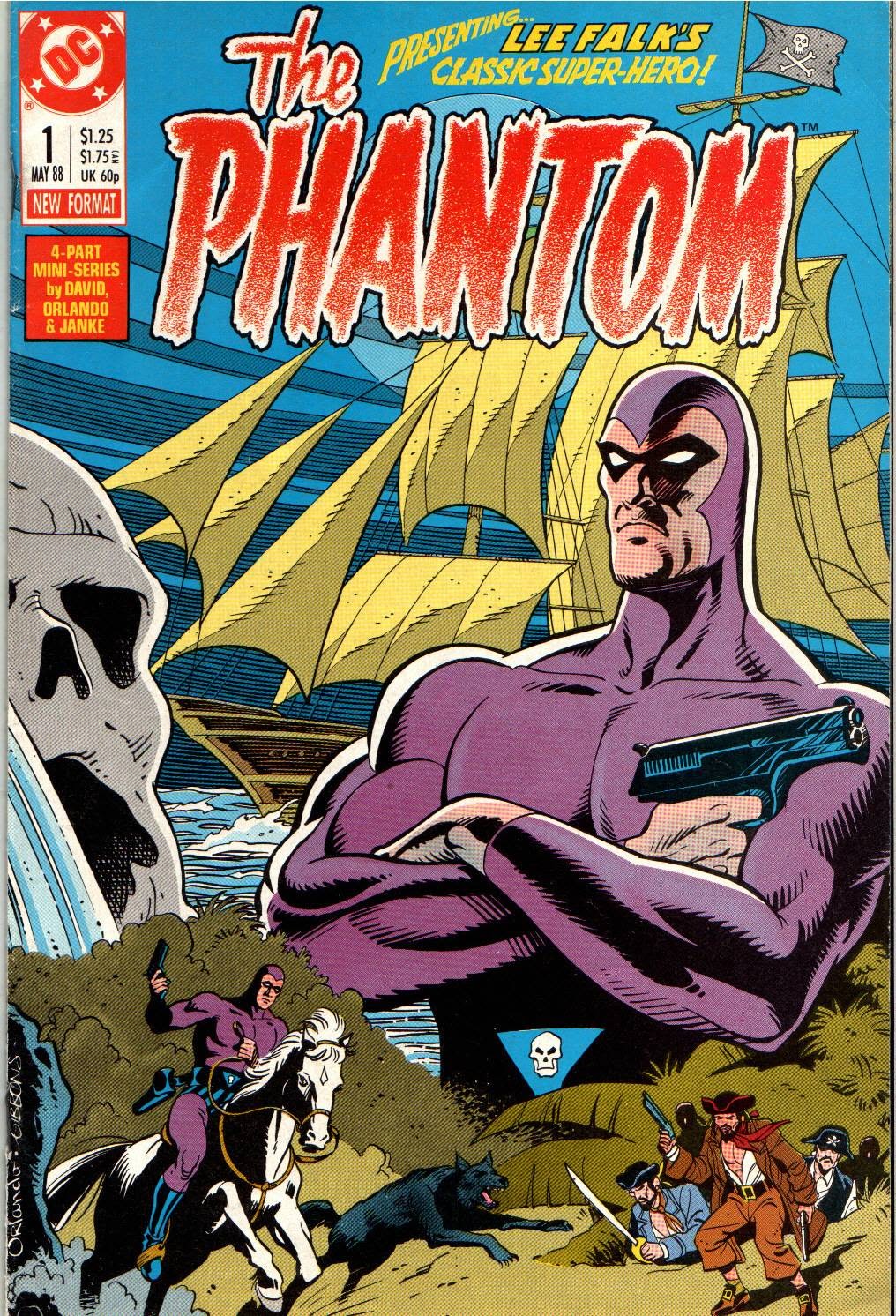 Vol 1: May 1988 – August 1988
A 4 part mini-series and the first Phantomseries published under license to DC Comics, with a 13 issue series The Phantom (1989) published the following year. Written by Peter David with art from Joe Orlandoand Dennis Janke.
Vol 2: March 1989 – March 1990
The Ghost Who Walks returns. As we pick up the adventures of the legendary protector of the jungle – who is believed to be immortal by those who fear and respect his authority and power – he is on the trail of a gang of gun runners looking to increase business by instigating a civil war that will tear a country apart. Can the Phantom stop them before war breaks out and a nation is destroyed…or will the hero of the downtrodden masses finally reach the end of his 400-year reign as the Ghost Who Walks? Only time, and the story beginning in THE PHANTOM #1, will tell the tale. Part 1 of 2, continued next issue.