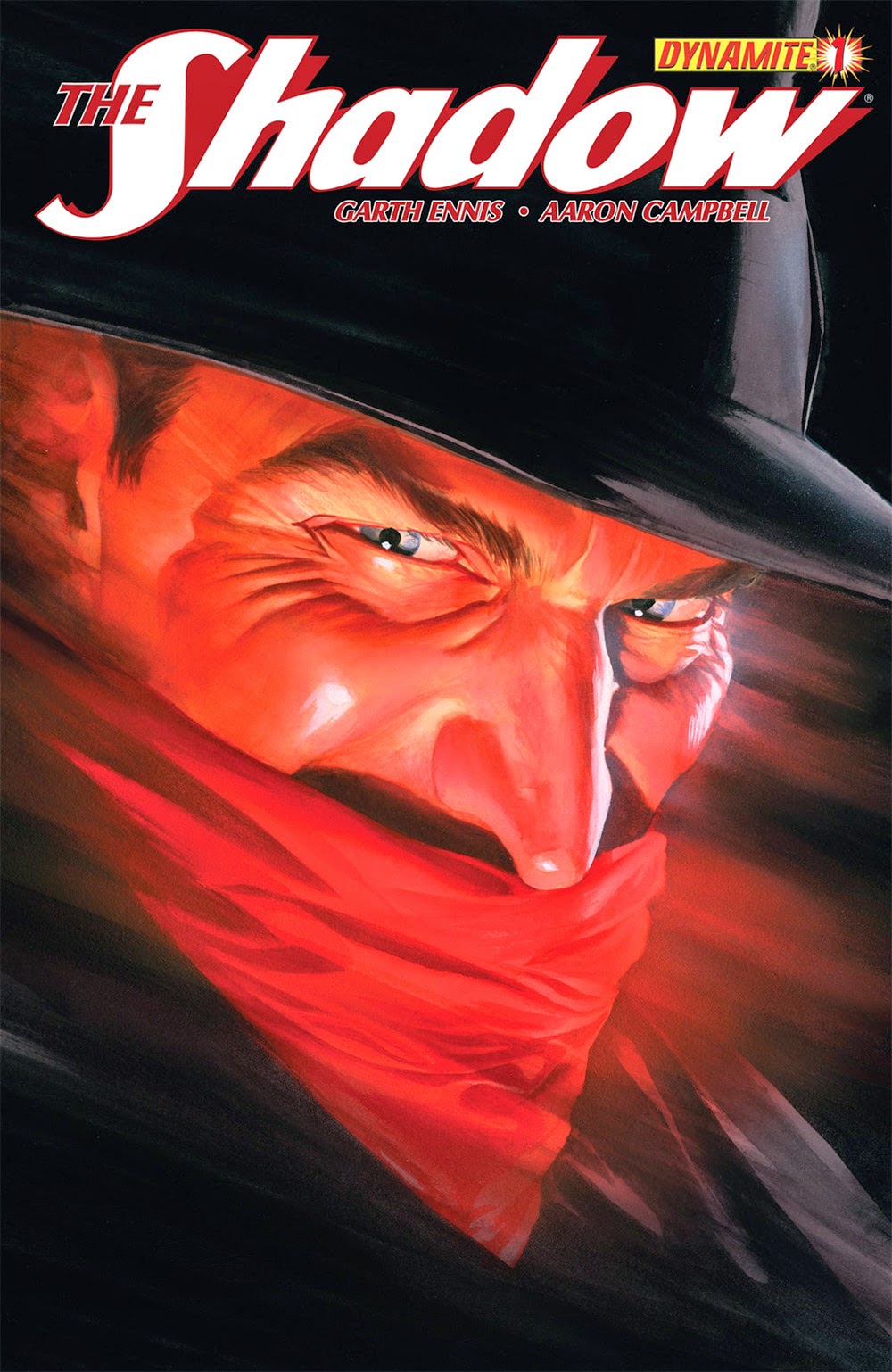 Vol 1: April 2012 – July 2014
Who knows what evil lurks in the hearts of men? The Shadow knows! It’s 1938 and The Shadow returns in a tale of blazing action and deadly intrigue, as a night of carnage on the New York waterfront plunges the mysterious vigilante into a conspiracy involving the fate of the world itself. As storm clouds gather across the globe, American Military Intelligence meets with a certain Lamont Cranston, determined to beat a host of spies and assassins to the greatest prize of all… but what that might be, only the Shadow knows. Collecting the first six issues of the hit series written by Garth Ennis and drawn by Aaron Campbell, featuring Garth Ennis’ script to issue #1 as well as a complete cover gallery featuring art by Alex Ross, Jae Lee, John Cassaday, Ryan Sook, Howard Chaykin, and more.
Vol 2: 2015
…
Vol 3: August 2017
For the better part of a century the Shadow’s sinister laughter brought the chill of fear to evil-doers – but in our modern times, the streets of Manhattan have gone largely silent. But he is not forgotten. Not by the people he’s saved. Mary Jerez, is one of those people. The Shadow saved her from a horrifying school shooting – Mary knows all too well what evil lurks in the hearts of men.
So when a horribly burnt man – incredibly strong and fierce, despite his terrible injuries— arrives under her care as a resident at the hospital – she believes she knows who he is, too. Is this mysterious man actually the Shadow – and with Mary’s help, will evil-doers again know what it means to fear his terrible justice?
Si Spurrier (X-Force, X-Men: Legacy, Judge Dredd) and Daniel HDR (Superman, Cyborg) bring the pulp icon into modern day in a tale full of deadly intrigue, gun-blazing action, and a study of the nature of evil!