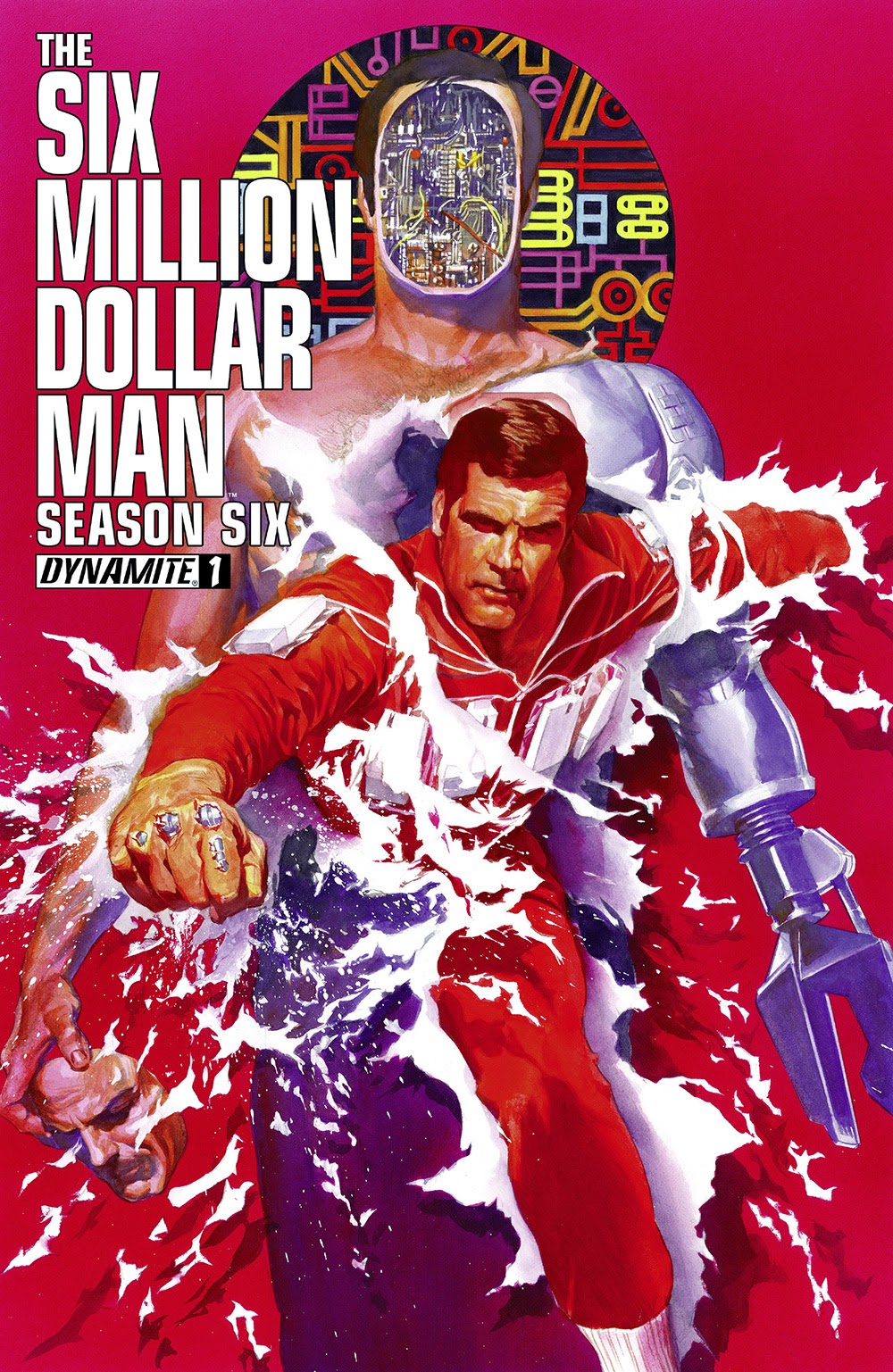 Vol 1: March 2014 – September 2014
For The Six Million Dollar Man’s 40th anniversary comes the direct continuation of the classic television series with Season 6! Better. Stronger. Faster. The original Six Million Dollar Man, Steve Austin was a man barely alive until the OSI turned him into the world’s first Bionic Man. Now he and Oscar Goldman are the most effective team in National Security. But a rogue faction in the OSI is making a power play for that position with a new type of infiltration agent – one that is completely obedient and robotic. Can a soulless machine that wears Steve Austin’s very face make the Six Million Dollar Man obsolete? For the 1st Time EVER! Fan favorite toy-line character Maskatron makes his Six Million Dollar Man debut and becomes a part of the classic television series mythology with a violent and terrifying purpose. And as Steve’s world is threatened from within, his very actions unknowingly release an alien menace upon an unsuspecting world. Classic action, powerful science fiction, and a cast of characters from one of television’s most original series combine to make The Six Million Dollar Man: Season 6 a must have for comic fans!