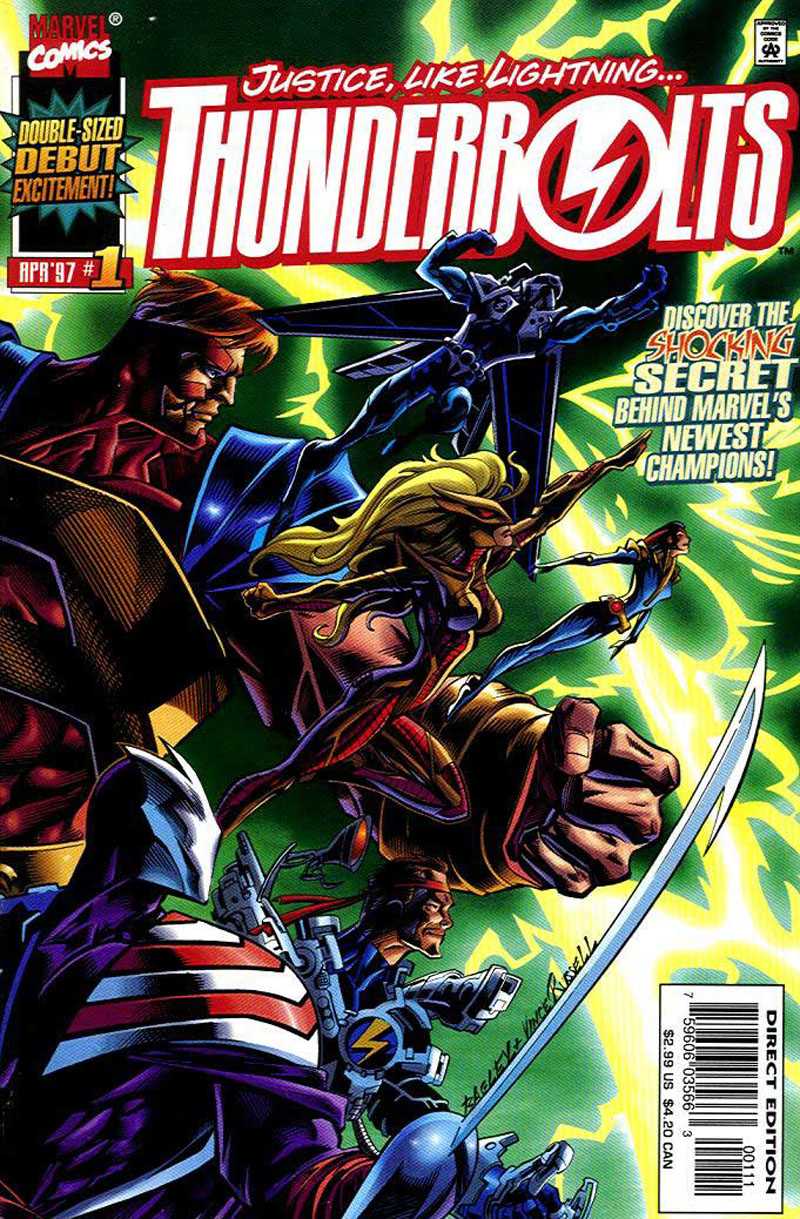 Vol 1: April 1997
Venom, lethal protector! The enigmatic Moonstone! Bullseye, the man who never misses! Songbird, mistress of sound! Chen Lu, the Radioactive Man! Swordsman, master of the blade! The mystery man called Penance! And Norman Osborn, the Green Goblin! They’re America’s newest celebrities, ready to take to the skies at a moment’s notice in pursuit of those secret, unregistered superhumans hiding among us!
Vol 2: February 2013 – December 2014
Get ready for a Thunderbolts team unlike any you’ve seen before. Daniel Way and Steve Dillon are making plans for some messy things.
Vol 3: July 2016
FROM THE ASHES OF AVENGERS: STANDOFF! They’re a renegade team rampaging across the Marvel Universe under the direction of the Winter Soldier! But are the Thunderbolts heroes or villains—and do even they know for sure?
Vol 4: Aug 31, 2022
…LIKE LIGHTNING! New York City’s finest are here to save the day—Hawkeye, Spectrum, America Chavez, Power Man, Persuasion and Gutsen Glory! You know ’em, you love ’em…they’re the Thunderbolts! In the aftermath of DEVIL’S REIGN, the Big Apple has big problems, and it’s up to a new group of Thunderbolts to turn things around. But when Clint Barton gets tasked with heading up this team and proving they can go toe-to-toe with anything the Marvel Universe can throw at them, the first opponent he’s going to have to face is himself.