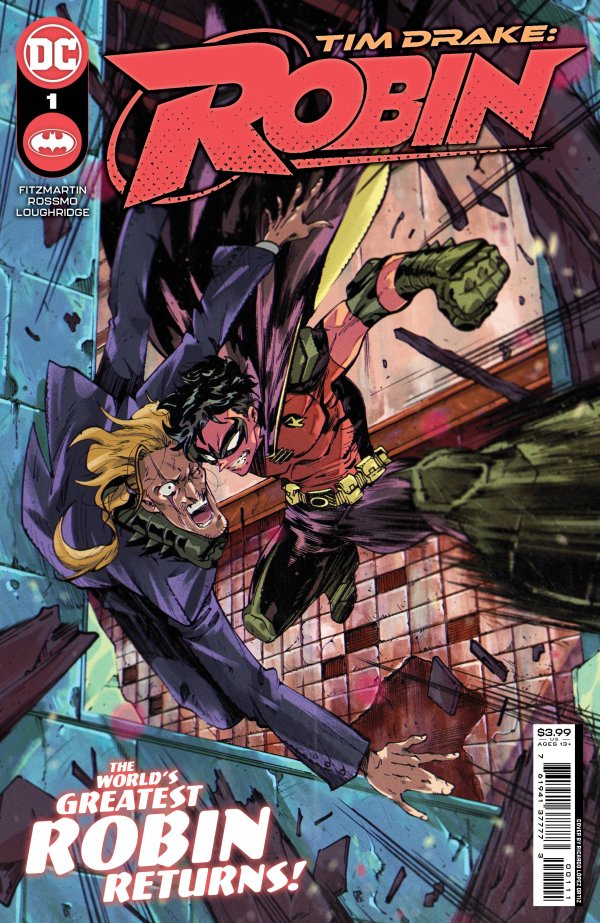 Vol 1: September 27, 2022
Step aside, Damian—the world’s favorite Robin has got this! That’s right, after years away, Tim Drake is taking center stage in a brand-spanking-new Robin series of his very own!
A mystery over a year in the making takes shape, as a new villain who’s been hounding Tim from afar decides to take things up close and personal, putting Bernard and everyone else Tim cares about in peril as things go from bad to worse for the world’s oldest and canonically tallest Robin [no, I will not be fact-checking that]. All that and Tim finally carves out a corner of Gotham City just for himself, and sets up shop in his very own…murder shack boat? Fan-favorite writer Meghan Fitzmartin teams up with beloved Harley Quinn artist Riley Rossmo to define the next chapter in Tim’s life.
And as if that wasn’t enough, break out your skateboards and motorcycles cuz we’ve assembled a murderer’s row of artists to draw the 1990s’ One True Robin™ in his various looks from over the years!