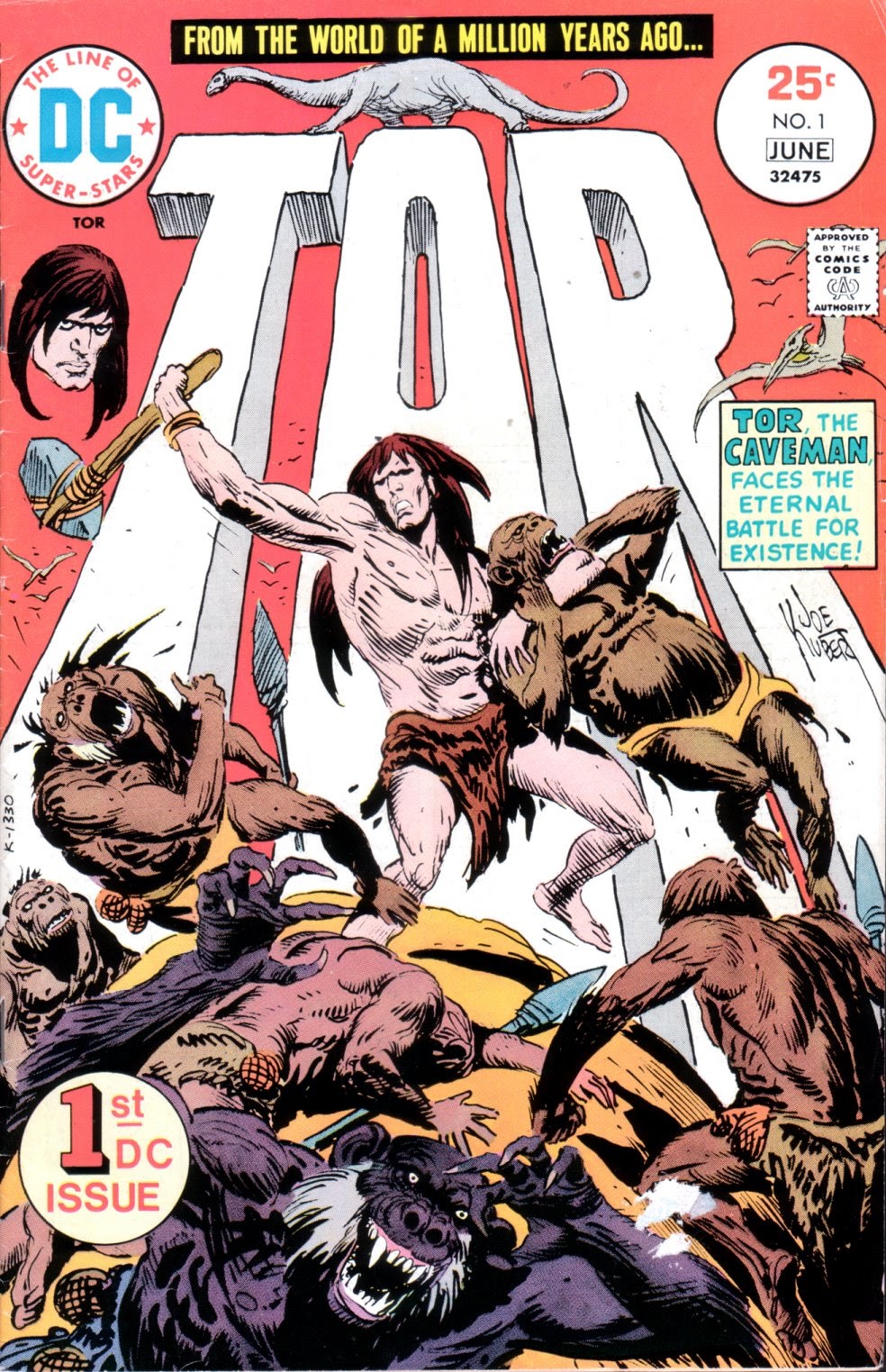 Vol 1: 1975
In conjunction with DC’s launch of fantasy / adventure titles, writer and artist Joe Kubert revived Tor, the caveman whose legend began in the early 1950s. Tor was now a more experiences caveman, and Kubert a far more seasoned story teller. His powerful vistas provided authoritative narration as Tor recalled his younger years and the challenges of manhood – challenges that conveyed man’s primitive, instinctive nature. Kubert’s revival of Tor lasted 6 issues, though the series’ sheer power and brilliance has transcended time.
Vol 2: May 07, 2008
A battered and bleeding man seeks out water to rest and heal. He is Tor, and he has been brutally beaten and exiled from his tribe. Resting, he eats fruit that may be psychoactive. He dreams about his past and the fearsome world around him, and ponders the night sky. He travels far overland, and eventually comes across an infant tied to the rock in a nearby pool. The infant is unlike any he’s seen before – it’s hairy and odd looking. Just then a crocodilian beast surfaces, and Tor jumps forward to the rescue… but that’s when his troubles really begin!