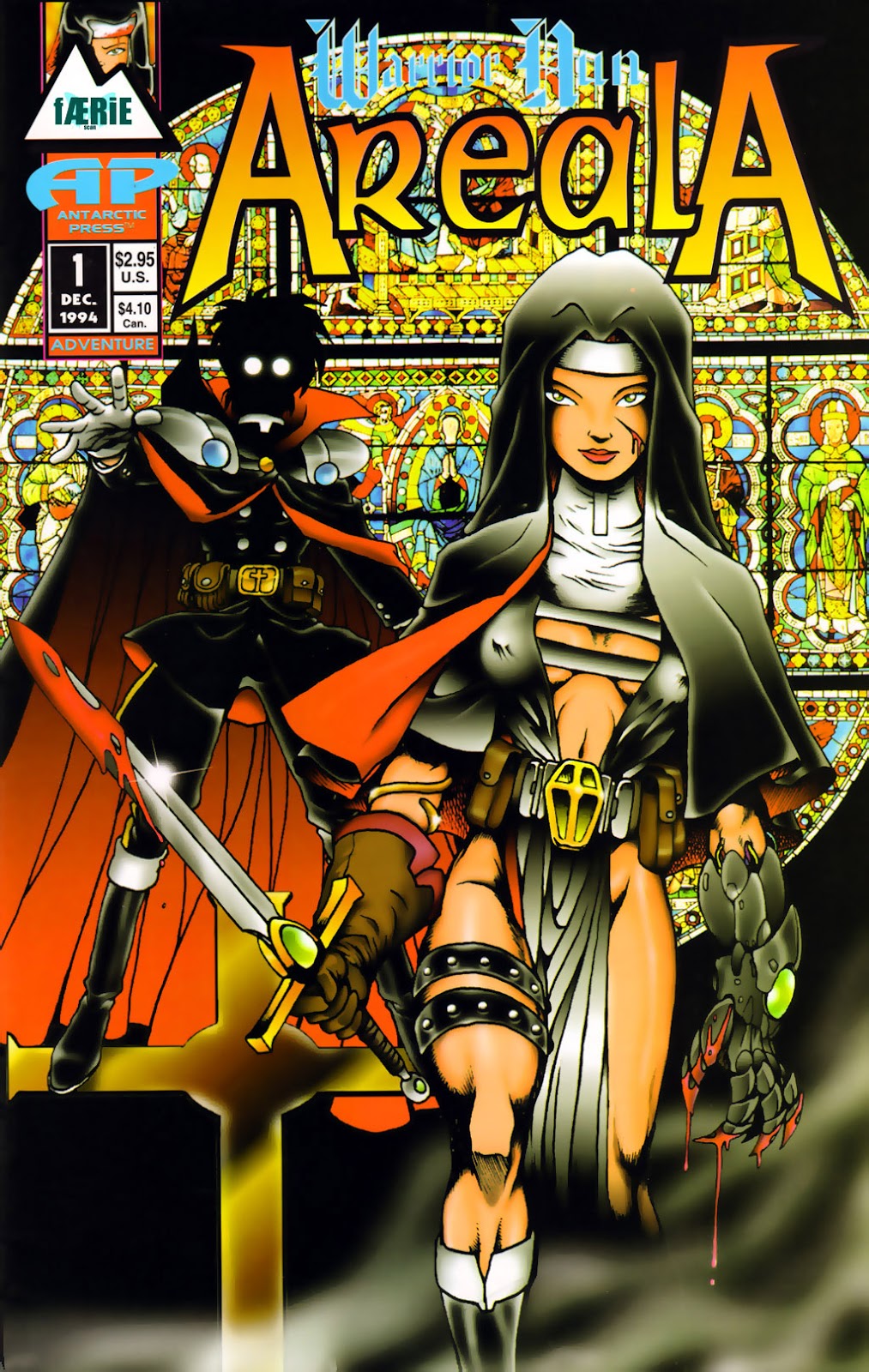 Vol 1: December 1994 – April 1995
Regular edition, ashcan, special edition, 2nd print, and collector’s edition covers.
Vol 2: June 1997 – May 1998
The three covers are: regular, Commemorative, and Leather.
Vol 3: July 1999 – February 2001
Areala, the “Angel of War” walks the Earth again! Sister Shannon Masters has given herself over to Areala, taken her name, and become her earthly vessel… her avatar! Empowered by the “Angel of War” to defend the Vatican from threats both human and supernatural, Areala finds that she must first defend herself from her superiors. Assailed from one side by the Vatican bureaucracy and from the other by the evil that would destroy it, Areala must use all her strength and willpower to perservere. Meanwhile, an ominous, clandestine force orchestrates a sinister plot… can even the Vatican’s venerable Magic Priests uncover its purpose?